1.     What characteristics are typical for the natural environment Podolsk Upland and Polesie lowlands?

2.     In the course of history remember the Ukraine, in which historical periods in Podolsk areas - Ternopil, Khmelnytsky and Vinnitsa - were unity within some countries, and have been divided between different states?

Podolsky Economic Region on three areas (Ternopil, Khmelnytsky, Vinnytsia) in within Podolsk Upland and belongs to medium-sized territory and population regions of Ukraine. 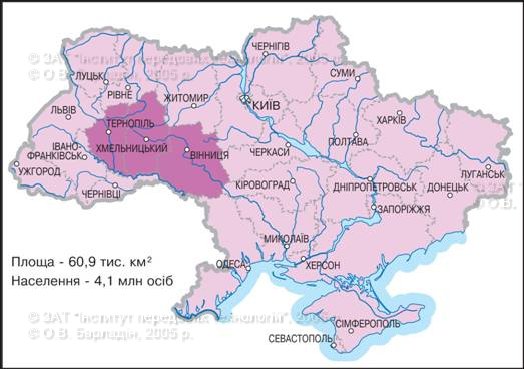 ·   high density population, the prevalence in the settlement system of small towns, medium and large villages, the presence of significant reserves of labor. 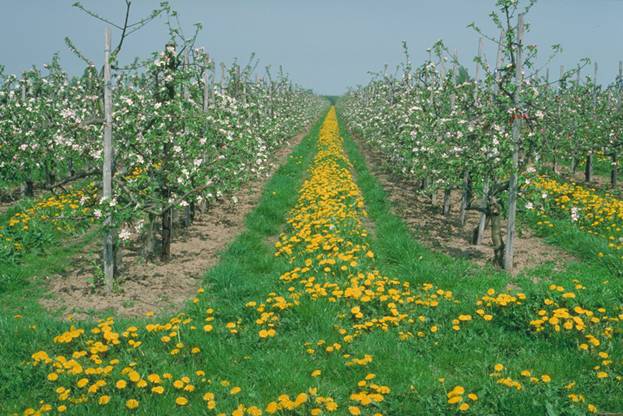 Branch specialization and recreational area is farming. In Chmelnik Mikulintsah and Satanivtreated with rest and people from different regions of Ukraine.

This economic region, combining the two administrative area is  at least area and population in Ukraine. 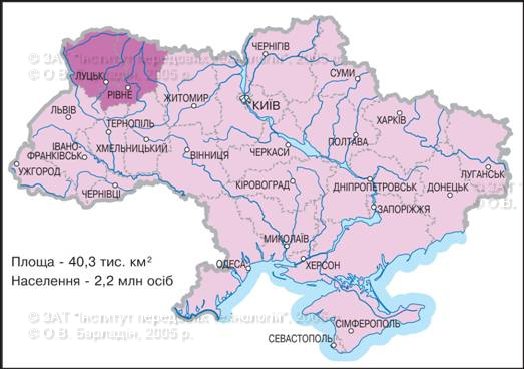 Fig. The limits of the Northwest Economic Region

·   convenient economic-geographical position - in border area of Poland and Belarus, joining in Euroregion"Bug";

·   restricted use of recreational and agricultural resources in the area contaminated.

Forest and wood processing industry produces furniture, matches (the only match factory in Ukraine м. Bereznyj). In the area is the consumer, primarily in the textile industry Rivne Dubrovytsia, Sarny. 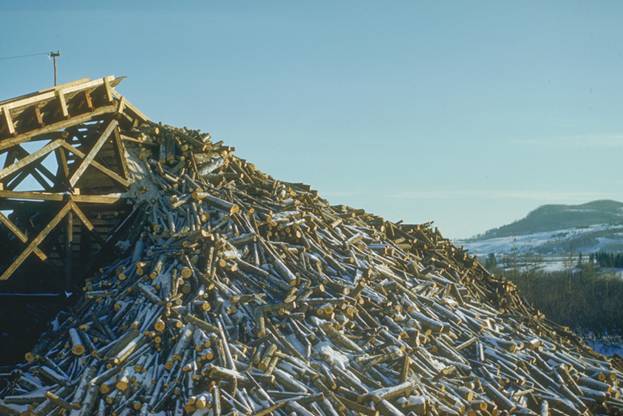 In the structure of agriculture is dominated pig and meat and dairy cattle, potatoes, cereals and fodder crops, flax and sugar beets.

Transportation represented mainly by rail and motor types, which link the main centers of the district with the capital and regional centers of Ukraine, Poland and Belarus. The biggest railway junctions - Kovel (Which created the so-called transport Europort), Zdolbunov Sarni.

With the entry of the district to Euroregion "Bug" in its economy attracted foreign investment that promotes economic development district.

ECONOMIC CENTERS. Points of interest. The main economic and cultural centers of the region is the regional centers Luck and Exactly. In his many southern cities, towns and villages preserve traces of the glorious history of the Ukrainian people: Vladimir-Volinsky, Berestechko, Dubna, jail, Korets, Peresypnytsya.

Podolsky district - one of the leading districts in country for producing agricultural products.

Northwest District - the smallest in area and populations of industrial-agrarian region with prospects of international border cooperation.

1. What is common and is in excellent distribution of natural conditions and resources of the Northwest and Podolski economic areas?

2. How does the geographical border provisions of the Northwest economic region on its economic specialization?

3. In other economic regions Ukraine farm specialization like Northwest and Podolsky areas?