Theme 27. OUR LAND In the First World War AND UKRAINIAN REVOLUTION (textbook)

Theme 27. OUR LAND In the First World War AND UKRAINIAN REVOLUTION

1. Impact of the First World War on social and economic life in the land

Prepare to discuss in class on the effects of World War on life in the province. Guidelines for selection of information sources receive training from a teacher. Work at the library for reference, local history books covering the history of your country in this period. Take a tour of the museum and its work with the exhibits.

Consolidate the information collected based on the analysis you various sources, photographs, letters from the front of the historical analysis  reference, local history books and more. If possible, prepare visual materials for use in the responses.


The task for manipulating maps: 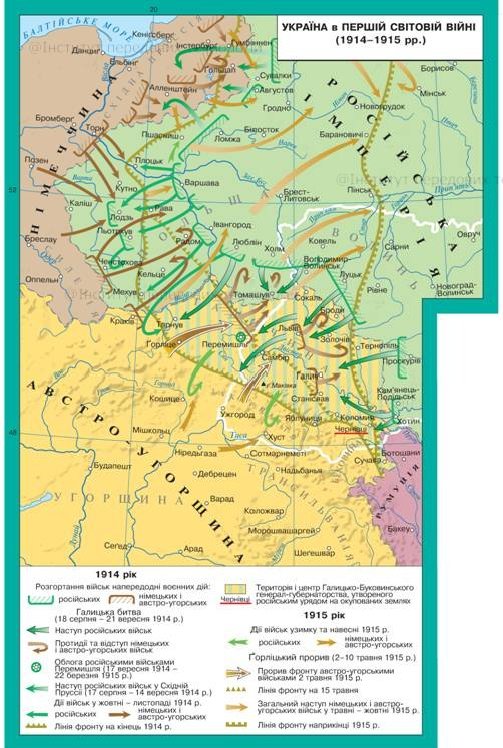 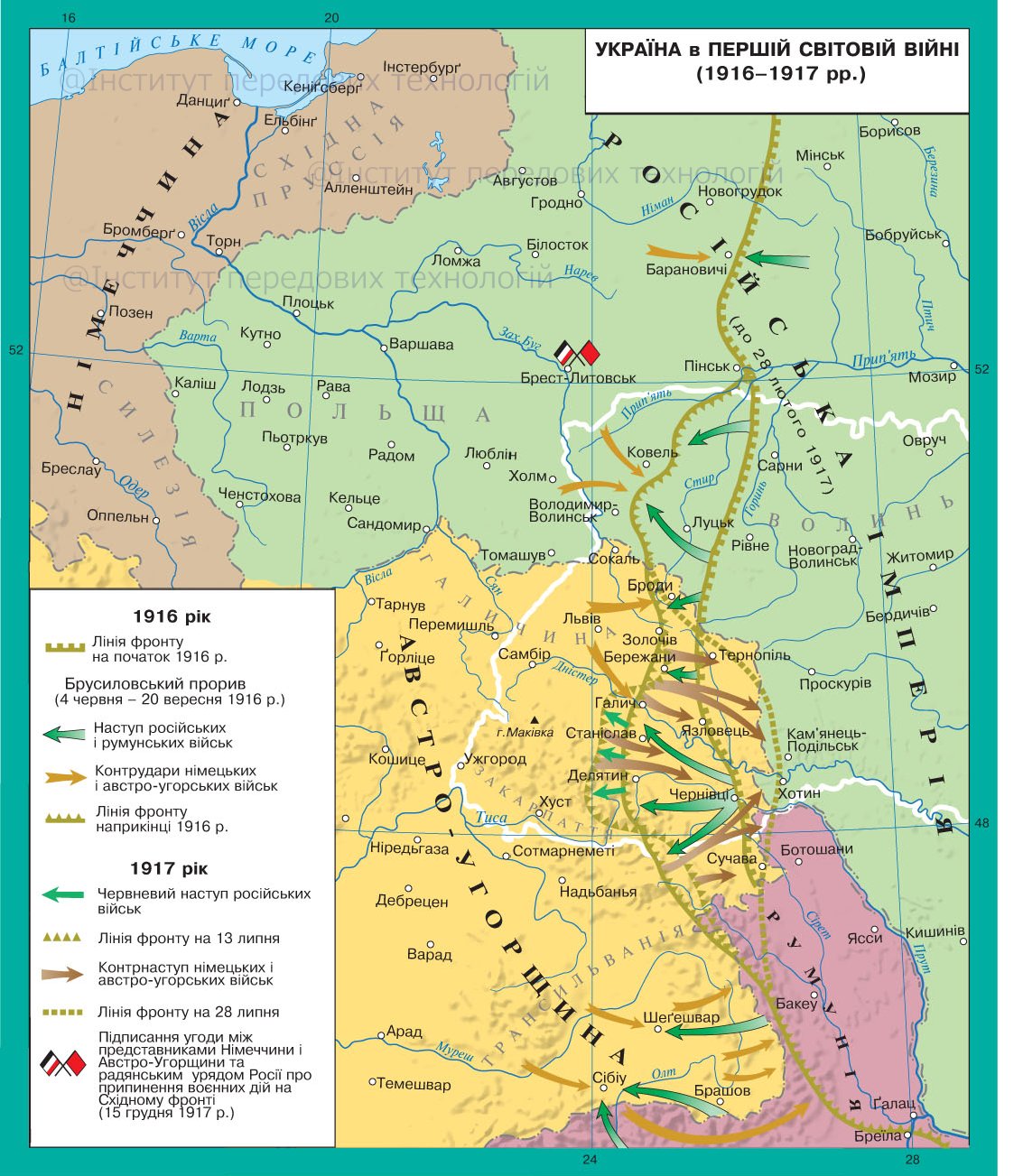 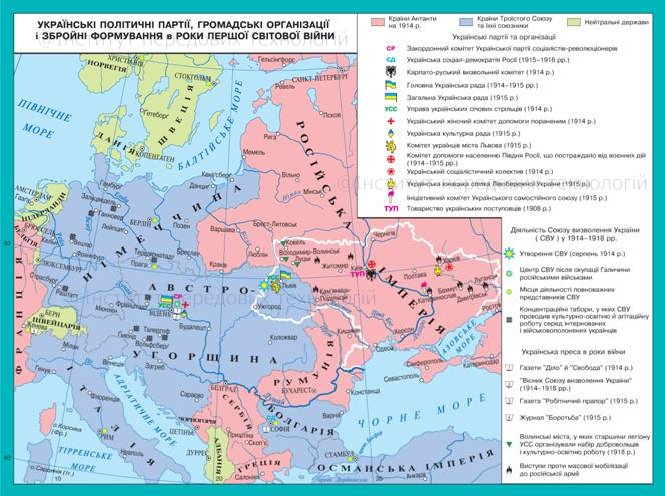 2. The events of the Ukrainian revolution in land

Using literature and other sources of knowledge, prepare to  discussion in class events of the Ukrainian revolution in your land.

3. Attitude to political events. The destruction of traditional lifestyles

Using literature and other sources of knowledge, prepare to  discussion of phenomena that characterize the attitude of the land to political events and the destruction of traditional lifestyles.