1. Formation of the Kingdom of Serbs, Croats and Slovenes

The new state was in bad condition. Mottoesdistribution of landed estates intensified peasant movement, continued hostilitiesagainst Entente troops. Italy sought to capture not only the Eastern group of Southland on the Adriatic Sea, promised her the Entente countries, but also significantlymore territory.

In thissituation of real assistance to the State of SHS could give Serbia, which sought totroops on the Adriatic coast, which neutralized of Italian troops.Serbia claimed to unite all the lands in Southscepter Karaheorhiyevychiv dynasty. Croatian and Slovenian leaders fearedhegemony of Serbia in one state. Without its own armed forces, State SHScould not protect their sovereignty over that and had to go to the generalSerbia. As a result of negotiations between the delegation of the People's rallies, and the Government of Serbia 1December 1918 signed an agreement on a unifiedSouth state - the Kingdom of Serbs, Croats and Slovenes(Kingdom of SHS). It later became part of Montenegro. 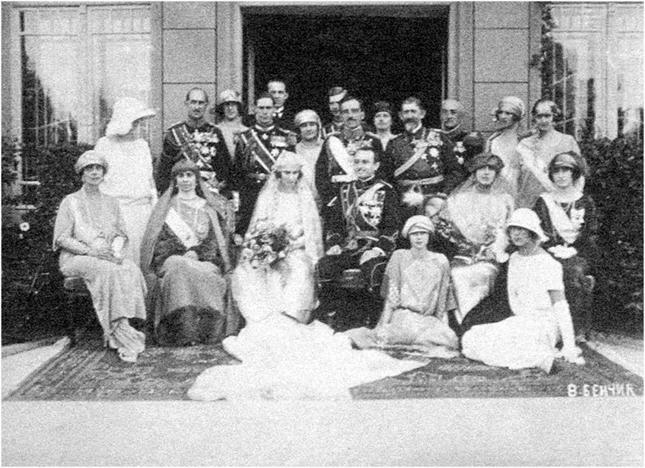 So was fixed unitary structure of the Kingdom of SHS.Dominant in the country won the Serbian elite, which took almost alladministrative posts in the country.

In 20-ies was held in the Kingdom of agriculturalreform, which for a while weakened visual land issue. Starteddevelop industry, but the country remained agricultural, although some areasSlovenia and Croatia were economically developed.

Mostburning issue for the Kingdom was velykoserbska national policies thatconducted by the king and government. It led to the deployment of separatist movementsCroats, Slovenes and Muslims who demanded the equalization of the rights of all peoples andfor autonomy. At the head of the separatist movement was CroatianRepublican Peasants' Party (HRSP) leader S. Radic. Providing Croatialimited self-government rights for a while impaired contradiction. In1927-1928 biennium national conflict reached the most acute. June 201928 during a heated debate in the National Assembly opposition leader S. Radicwere wounded and two other MPs from the opposition were killed. Aggravationnational relations prompted King Alexander to establish personalpower. 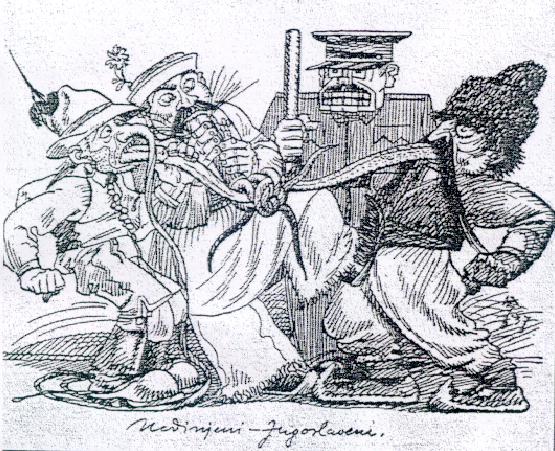 January 6, 1929 Posted by Alexandermanifesto, under which the country likvidovuvalasya parliamentary monarchyskasovuvalasya Vydovdanska constitution, dismissed the National Assembly and allparties and organizations who have conducted anti-state policies. King took over allpowers. In October 1929 state was called the KingdomYugoslavia.

Simultaneouslywas conducted and administrative reform, for which the country was divided into 9 Bansand one federal district so that the Serbian population in Ban was dominant.Old ethnic borders were eliminated. Bans were appointed by King andsubject only to him.

In 1930, Embraced the economic crisis in Yugoslavia.Industrial production fell by half, and prices for agriculturalproducts - twice. In 1934 the national income compared with 1929amounted to 46,5%. Also? strained national, social and others.  contradictions in society. Fighting for rightsCroats, Muslims, Slovenes gained international character. Croatianustashi (Nationalists) led by Ante Pavelychem, supported by Italy, andGermany and later began to resort to terrorist acts.

The government, trying to somehow ease the crisis, setprice controls on agricultural products. But to do withoutforeign loans was impossible. In 1931 France gave Yugoslaviasignificant weakening of credit, subject to the monarchical dictatorship.

Not wanting to look in the eyes of world publicdictator, the king agreed to the constitution, which restored some democraticrights and freedoms. 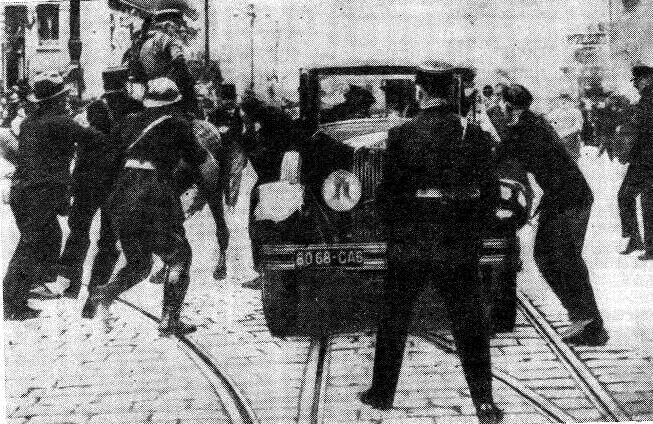 Assassination of King Alexander of Yugoslavia and French Foreign dishesBart

In foreign policy, Yugoslavia adhered to the alliance with France, was aLittle Entente and the Balkan Entente (Yugoslavia, Greece, Romania, Turkey). The most tense relationsformed it with Italy and Bulgaria.

In1935 government headed by M. Stoyadynovych. He tried to overcome the crisis innational relations. Realizing that to curb the Croatian separatistsshould be deprived of their foreign support, he signed a concordat with the Vatican bywhich the Catholic Church (Catholic Croats) has received a number of privileges. This ledthe conflict between the government and the Orthodox ChurchThat was a huge influence inSociety.

In1937 Stoyadynovych signed an agreement with Bulgaria and Italy. Under the contractInterrupt support ustashiv Italy, Yugoslavia recognized the occupation of Ethiopia andanshlyus Austria, and after the partition of Czechoslovakia announced terminationexistence Little Entente. But to solve the Croatian question Government notminds. Then the king gave permissionform the government Cvetkovi

27March 1941 there was a coup. It was resolved Regent Prince Paul andGovernment Cvetkovi Insurgents allied concludedagreement with the USSR. This is fundamentally broken plans of Hitler. 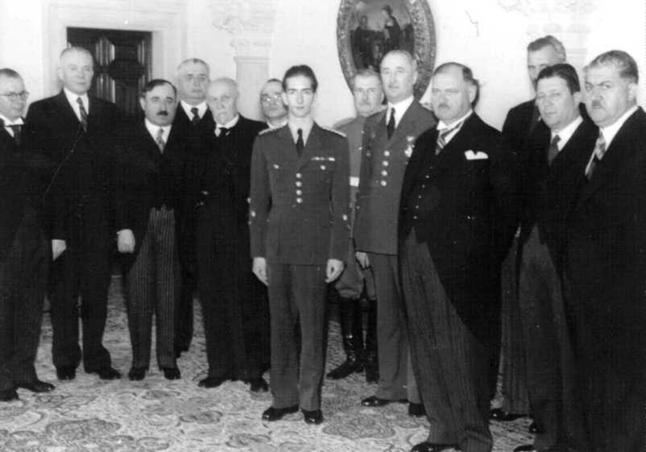 AnnoyedHitler decided to attack Yugoslavia, even if I had to postpone the attack onUSSR. April 6, 1941 German troops invaded the territory of Yugoslavia andGreece. April 10 Croatia declared independence. Between Italy and Croatiaconcluded an agreement under which Italy recognized the territorial integrityCroatia, but Croatia is not obliged to have to miss the Italian fleet andtroops through its territory. On the territory of Serbia was establishedpuppet Serbian state. The rest of the territory of Yugoslavia was divided betweenBulgaria, Hungary, Germany and Italy. But pivdennoslov Slavic peoplesresigned to enslavement by launching a guerrilla struggle, the dominant force inwhich were the Communists, led by Josef Broz Tito.

From the manifesto of the king to Serbo-Croat-Slovene people. January 61929

My hopes and aspirations of the people that the development of ourinternal political life will order the country and strengthen it, nottrue. Parliamentary system and all political views increasinglyexhibit the negative characteristics of people and the state are experiencing the mostonly losses. Instead of developing and strengthening the national spirit andof unity, parliamentarism in the form as it is now beginning tospiritual cause disruption and national discord. My sacredduty to preserve national unity by all means state. I'm surethis hour all responsible - Serbs, Croats and Slovenes - understanda sincere word of his king and that they faithfully serve me in my futureaspirations towards completely only an early implementation of the systemmanagement and organization of the state such that best meetgeneral needs of the people and state interests. Consequently, I decided anddecided  that the Constitution of the KingdomSerbs, Croats and Slovenes on June 28, 1921 lost its validity.All laws of the country remain in force until they are not withdrawn mydecree. If needed, in the future will be released in the same way newlaws. National Assembly, elected September 11, 1927, dismissed.

2. Whatthe main ideas of the manifesto?

1. When andhow Yugoslavia was formed?

3. Giveassessment of internal policies of governments of Yugoslavia in the 20-ies

4. Whatestablishing the royal dictatorship in 1929? What are its features?

5. Describedevelopment of Yugoslavia in the 30's.

6. AsYugoslavia after the usual fate of Nazi aggression?

December 1, 1918- Creation of the KingdomSerbs, Croats and Slovenes.

1929Proclamation of the Kingdom of Yugoslavia.

April 5, 1941 - Treaty of Friendship andcooperation between Yugoslavia and the USSR.