§ 59. Slavs during the Great Migrations (textbook) 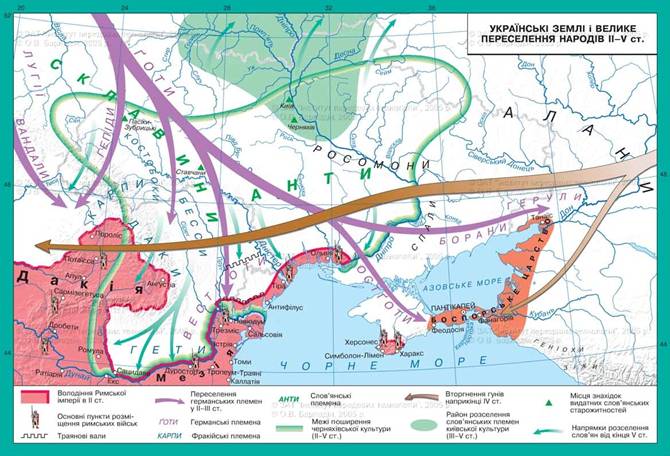 Zarubynets'ka humanity was a neighbor of warlike Sarmatians. Because of theirrecurrent attacks Slav moved to Desna,top of the Dnieper and Southern Bug. In Europe they were known as Veneti. Home wendsAsdescribed her old Roman historian Tacitus, covering the territory from the eastern spursUpper Dnieper to the Carpathians and coincides with the area of distributionZarubyntsi Culture (third century BC. - II cent. BC). End venedskomu stage of development of Slavic put greatMigrations. Resettlement covered practically the whole of Europe and significantly changedits political, cultural and ethnic look.

In the second century. to the east moved to Volyn Germanic tribes Goths, Decimating the local Slavic population, and from there through the valleyBuh came out in the Black Sea steppes. Escaping from Goths, Veneti fled inDniester and Dnieper. Thus resettlement area Slavwas cut Goths Southern Bug River valley oneastern and western parts. Later they evolved independently, acquiringcharacteristics that ultimately led to rebellion and Ants Prydnipovyasklavyniv Dniester and Volyn.

In the period of domination Goths spread in the Black SeaSlavic culture (III-IV cent.). It is associated with named Gothic historian Jordan Empire Hermanariha,which, in addition to Goths, Composed of Slavs,Thracians and Sarmatians.

Goths with Blackexpelled in the late fourth century. Huns. Around this time ceased tothe existence of Slavic culture. Broken Ruler Goths VinitariyProbably retreating under the pressure of the Hunsevent started the war with antamy. He killed their prince of God, and crucified oncrosses 70 antskyh elders. Then the Huns advocated Ants and killed Vinitariya. Majority Gothsmoved to the Middle Danube. Antes resettlement area in the VI century.,described by Jordan, coincides with that which was common penkivskaCulture and sklavyniv - answers Prague-korchatskiyculture (V-VII century).. Concerned with the existence of Slavic antamymilitary-political union, which is called Antskym kingdom.

At this time the Western Roman Empire filled barbarian tribes, who camethere with the Huns and formed hunsku state-led Attila.However, due to the defeat of the Huns Katalaunskyhfields (451) and death Attila (453), thethis country apart. As part of the resettlement of peoples become the nextGreat Slave resettlement V-VII centuries. Originally anti sklavyny and passedsouthern banks of the Danube and settled in the Balkans in Byzantine lands. Theylaunched the southern branch of the Slavs. Sklavyny after some time moved on,upwards along the Danube and advanced into the Oder and Elbe mezhdugorya graduallyintegrating with the Western Slavs.

3. War of the Avars the Slavs

In mid-VI century. passed through the Ukrainian steppes new horde-nomadic Avars or obriv. With permission, they settled in Byzantium Pannonia on average, the Danube, where their state was founded -Avar khanate. But after a while Avars began attacking the Byzantinepossession. Since its appearance in the Black Sea steppes fought the Avarsantamy because land was the last outpost of sedentary farmers on the border withsteppe. This struggle was long and tiring. Last mention of the Antscontained in the Byzantine chronicles of 602 was Inthis year Khan (prince) VII sent his army into the ground and ordered Antsconsume them as allies, the Byzantines. After that the population remains antskohocrossed the Danube and settled in the Byzantine lands. North of the Antssklavynamy integrated with and participated in the formation preUkrainiancommunity.

During the reign of Emperor Heraclius (610-641 years) ByzantiumAvars used to fight sklavynamy to stop their migrationon their land. Nestor the Chronicler said in the "Tale of Bygone Years", which Avarsconquered Dulebs who lived in Volhynia, and undoubtedly were sklavynamy. Theyformed a union of tribes known as the Arab sources Valinyana,led by Prince MadzhakomThat in VII century. wasdestroyed by accident.

Thus, the Slavs in their origins are autochthonous (that was formed toarea) population of the Ukrainian lands Indo-European origins. Asseparate ethnic community they formed at the beginning of our era. In VII-VIII century.the Eastern Slavs actively unfolding process of state, which camelogical conclusion in Article IX. emergence of the Kievan state.

From what time can trace the existence of our lands Ukrainianethnicity? This complex question has long attracted the attention of scientists. An important stepway of seeking answers to his research were the names of settlements, rivers, etc.incurred during the settlement of the Slavs from their homeland.

In the decay time of the Slavic community begins the formation of separate Slavicnations. Many of the names, as researchers have affirmed similar to Ukrainian. Itcan be explained only by assuming that at the time of the collapse of Slaviccommon language spoken in many ways similar to Ukrainian. ModernUkrainian language preserved many ancient Pan items.Slavic homeland territory largely coincides with the Ukrainian ethnolinguistic territory. Consequently, the developmentSlavs, according to Dr. Leonid Zaliznyak History, you can imagine howprocess separate branch of the Slavic peoples preUkrainianethnic tree that from the first half of the thousand BC developedbetween the Pripyat and the Carpathians. This gives grounds to assert that the roots preUkrainian ethnos reach the pre BC

III. BC- II cent. BC Venedskyyperiod of Slavs. Zarubynets'ka culture.

бл. 155 was Gauthier and other Germanic tribes begantrip from the southern Baltic Sea coast in southeastdirection.

375 Invasion of the Huns in the northern Black Sea.

558 was Invasion of the Avars in the Northern Black Sea.

1. Under what name the first time in written sourcesmeet slavs?

2. What is the impact on the Slavs had invaded Goths?

3. Can I say that hunska invasion promotedLarge settlement of the Slavs?

4. In the struggle with which the nomadic tribes killedAntskyy and Dulib Union of Slavic tribes?

5. Where are the origins of Ukrainian nation? 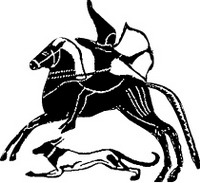 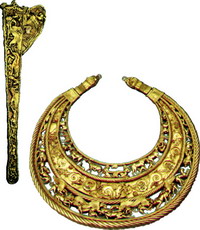 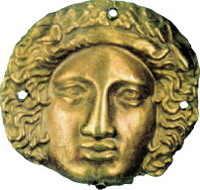 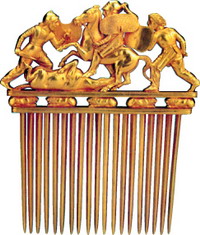 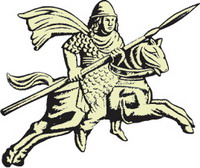 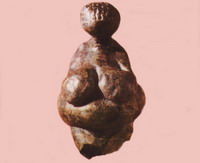 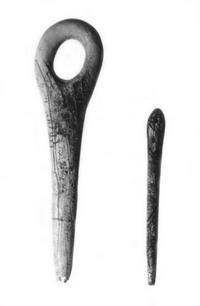 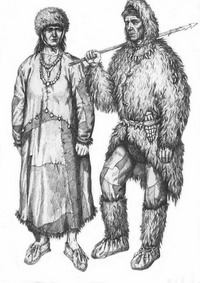 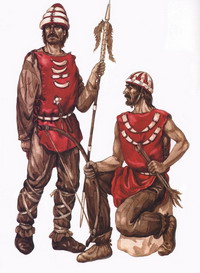 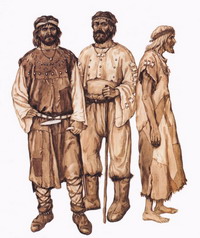 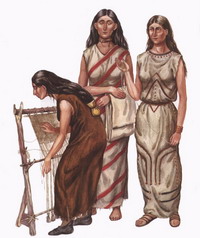 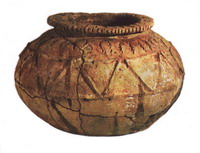 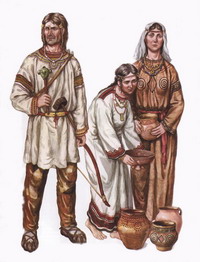 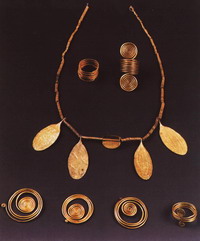 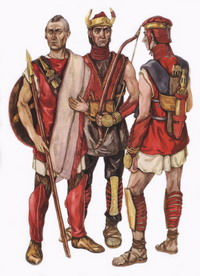 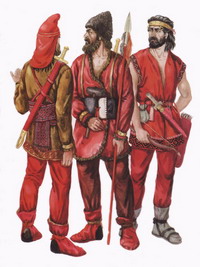 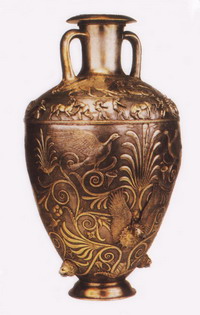 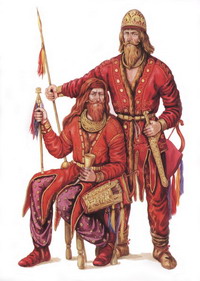 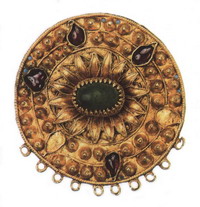 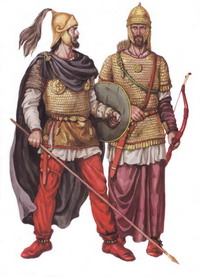 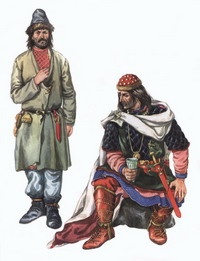 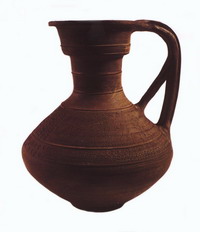