Transportation - an important component of the economy of any country. This is the foundation of the international geographical division of labor, which provides production and non-agriculture and the needs of the population in all modes of transport.

main technical and economic indicators of transport are the volumes of traffic, throughput (the product of volume of cargo a distance), the passenger, speed, productivity, transportation costs, the capacity of highways, agility, depending on weather and seasonal changes . Different modes have their advantages and disadvantages, so use them depending on certain conditions.

Rail operates in 160 countries, ranking second on the turnover of goods (after shipping), and passenger traffic (after the car). Work railways reflects the state of the economy. With its growth to increase freight turnover, and increase the speed and intensity of movement of trains. Thanks to the electrification of roads reduced the negative impact of transport on the environment. Leaders on the length of railways is a big country: United States, Canada, Russia, India and China. Highest density of railways in Europe and Japan. Least-developed rail transport in Africa.

Road transport is the most maneuverable (drives up the cargo and passengers from gate to gate). The length of roads is constantly increasing. In 2002 it was 25 million kilometers. In developed countries, a proliferation of highways - speed highway Superior. The longest roads in the U.S., Japan and Western Europe.

Maritime transport services primarily to international trade. About half of its tonnage accounts for oil and petroleum products. Major shipping routes run through the Atlantic Ocean, on the shores of which are the largest ports in the world: Shanghai, Singapore, Rotterdam, New York, Philadelphia, Marseilles, London. The most lively areas of sea routes are ocean liners: Suez (Egypt), Panama, Kiel (Germany).

river and lake transport is particularly important in Russia, the United States and Canada. The main navigable rivers of the world - a Mississippi Missouri, Rhine, Danube, Volga, Dnieper, Paran

Aviation most expensive, but the pace of development ahead of all other modes of transport. He is particularly relevant for countries with a large territory and the presence of inaccessible areas, as well as in international passenger traffic. By the number of air lead the U.S., Japan, Britain, Canada, France, Germany and Australia. Major airports around the world are represented on the map. Most of all passengers take Airport Atlanta (USA) - 86 million passengers annually. 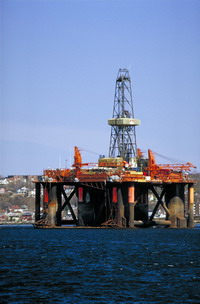