on the map in the main objects that are registered in the List of Monuments of History and Culture of the Autonomous Republic of Crimea, issued by the State Committee of the ARC for the Protection of Cultural Heritage.

Mastering Peninsula man begins in the late Acheulian 400-100 thousand years ago. Was populated mainly internal ridge, where the famous park, located under rock overhangs. In the open parking lot appear mainly in the Mesolithic-Neolithic.

In an era of Chalcolithic-Bronze Age (III - II century BC) lived in the plains of agricultural and pastoral tribes, and monuments which are numerous settlements and burial mounds, the latter used for the inlet burials follow up of tribes until the late Middle Ages.

In the beginning I thousand BC in connection with the formation of steppe landscapes are settled nomads.

Crimean peninsula from ancient times differ markedly dynamics of ethnic processes, which largely was due to its geographical position. Natural contrasts - a combination of steppe and mountain landscapes, organic connection with the Eurasian steppe in the north and marine environment - contributed to the influx of nomadic populations, and influenced by the civilizations of the Mediterranean basin. That's to the early maritime contacts are the first information in the written sources about the ethnic communities inhabiting the peninsula.

There is a possibility of identification of archaeological sites with native ethnonyms mentioned by ancient authors. Often this involves serious difficulties and generates heated debates, often continuing for decades.

The earliest historic nomadic tribes known to us under the name of the Cimmerians. In VIII - VII centuries. BC they replaced the Scythians dominated the Crimea right up to the beginning of our era.

Foothills, excluding the external ridges, and the South Coast since the VIII century. on the III. BC inhabited by tribes of the Tauri, and then assimilated by the Scythians, who were driven from the steppes of Northern Black Sea coast in Crimea who came from the Volga Sarmatians.

In VI. BC on the coast there are Hellenic colonies, the earliest - on the Kerch Peninsula. In V. BC they were united in the kingdom of Bosporus under the leadership of Pantikapey (Kerch). On the West Coast of Crimea in the IV. BC formerly independent Greek polis Kerkinitida (Evpatoria), Kalos-Lyman (smt Black) and others became part of the state, whose center was Hersonissos, founded in the late V century. BC

development of Greek city of Crimea took place in the bitter struggle with late Scythians, who in III - II cent. BC formed in the foothills of the Peninsula, their state and pointed aggression in the possession of Chersonese. In search of allies, the town appealed for help to the ruler of the kingdom of Pontus Mithridates VI Eupator (Diophantine war). As a result, Hersonissos, dependent on the Pontus, as the kingdom of Bosporus, where the power was transferred to the Pontic king, after the suppression of speech of the Scythian nobility, headed by Savmakom.

In 60-ies. I,. BC Mithridates was defeated by Rome, who established a protectorate over the kingdom of Bosporus.

In I. to reflect the onsets of the Scythians in the Roman Empire for help turns Chersonese. After the arrival of Roman troops the town became a vassal of the empire.

in the III. Peninsula invaded East German tribes ready and Iranian-speaking tribes of the Alans. Late state was destroyed, the Bosporus obeyed the newcomers. Hersonissos persevered and with V in. became part of the Byzantine Empire.

In IV. Crimean foothills were devastated by the invasion of the Huns, created in the second half of V in. on the Kerch Peninsula his principality, which was disposed of Byzantium in the 20-ies. VI. Later Byzantine control of the entire coastal area from the Bosporus to the Chersonese, creating on the southern coast during the reign of Emperor Justinian I (527-565 gg.) Fortress Gurzuvity and Aluston, as well as a number of fortresses around Kherson (medieval name Chersonese). Empire persistently spread Christianity among the union to her ready-Alani of the population.

In the second half of VII century. the eastern part of the peninsula was occupied by the Khazars, expanded its power by the end of VIII century. to the Kherson region.

the beginning of X century. Byzantium restore its influence over the coastal regions. In the plains of the peninsula for thousands of years, since the second half of I millennium, successive waves of nomadic ethnic groups (the Khazars, Pechenegs polovtsy, Mongol - Tatars).

In XIII - XV centuries. plain and much of the piedmont area were ruled by the Golden Horde. 30-40 - s. XV century. here there was separated from her Crimean Khanate. Khan was originally bid in Solkhat (Stary Krym), then it was moved into the castle Kirk - Op (from the XVII century. - Chufut - Calais). At the beginning of the XVI century. capital of the khanate becomes Bakhchisarai. Coast of the Bosphorus to Cembalo (Balaklava) was controlled by the Genoese, the main town - Kafa (Feodosia).

In the foothills of the southwestern part of the peninsula formed Theodoro principality with its capital in Mangup. In 1475 the principality and the Genoese colony had been captured by the Turks and passed into the possession of the Ottoman Empire. It becomes a vassal the Crimean Khanate, which determined its political and cultural orientation.

At the XVI century. account for the first mention of the Crimean Tatars.

As a result of the defeat of Turkey started its Russian-Turkish war of 1768-74 years. according Kucuk-Kaynardzhiyskomu the world in 1774 the Crimean Khanate was recognized as independent. In 1783 the Crimea included into the Russian Empire.

Crimean Tatars were formed as a complex multi-ethnic group, consisting of both newcomers - the conquerors and the local Islamized and Turkicized population. Up until World War II remained a clear-cut separation of the Crimean Tatars on the main landscape zones. As special groups within the ethnic group in the anthropological and linguistically distinguished Tatars South Coast (southern Caucasians, language close to Turkish Oghuz Turkic sub-branch of the Altaic family), Tatars of the steppe (the predominance of Mongoloid features, language Kipchak subgroups), an intermediate position occupied by the Tatars foothill zone . Later, as a result of deportation and subsequent return as a territorial, this structure has ceased to exist. 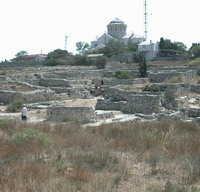 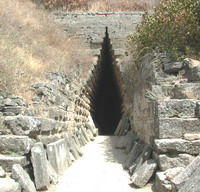 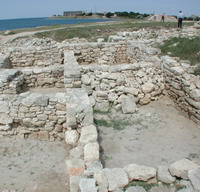 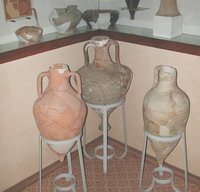 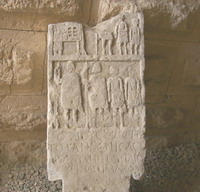 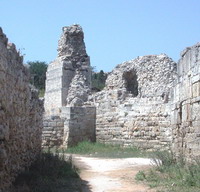 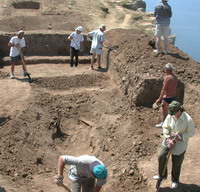 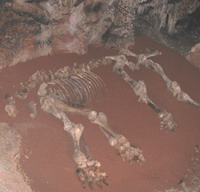 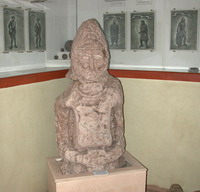 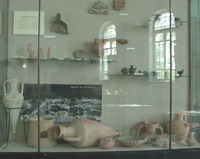 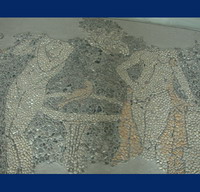 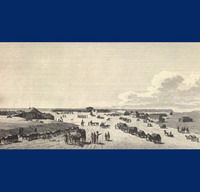 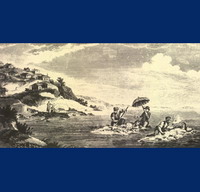 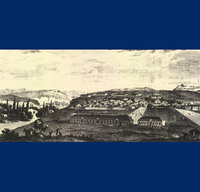 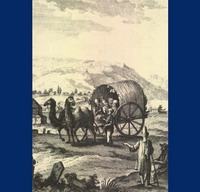 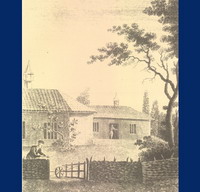 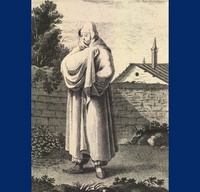 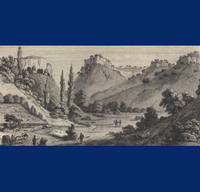 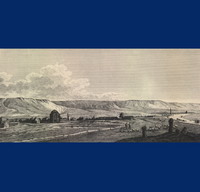 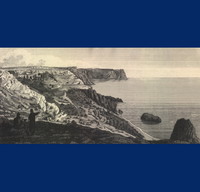 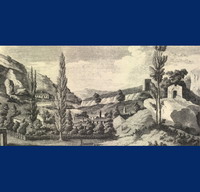 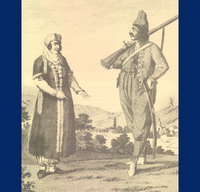 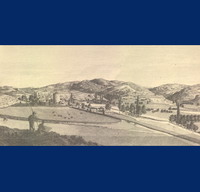 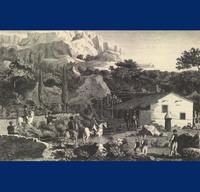 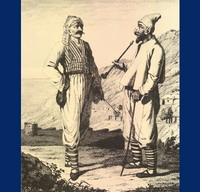 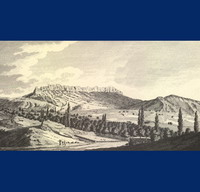 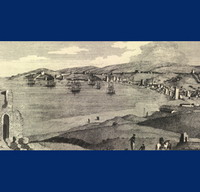 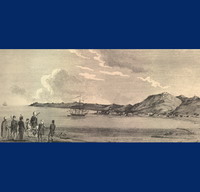 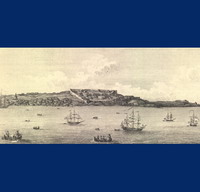