Kyiv is situated in the northern part of Ukraine on the picturesque banks of the Dnieper River in its middle stream and is the largest city of our country and one of the five major cities. City - the capital of Ukraine, so here are concentrated central government, ministries and departments, as well as a large number of enterprises, banks and offices of large companies.

Along with Kyiv are several cities with which our cities have developed close economic, commercial and cultural ties. The largest of them: Brovary, Nick, Boryspil.

coming to Kyiv is the regional center of Chernihiv and Zhytomyr, and of the capitals of other States - Chisinau (Moldova), Minsk (Belarus).

located not far from Kyiv Boryspil airport, which is the air gate of our country. Within the city there is another major airport - Kyiv ».

Distances from Kyiv to other cities 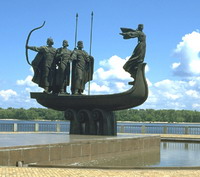 Ministry of Foreign Affairs of Ukraine 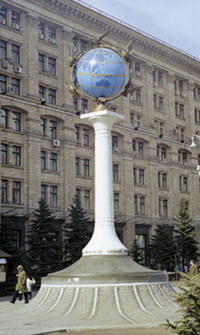 Sign in center of Kyiv, which is counting on the distances to the cities of Ukraine and the world

Museum of the Great Patriotic War

Upper City from the Thames

All Saints Church in Kiev-Pechersk Lavra 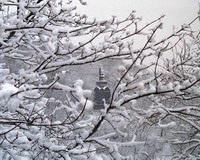