Soil - is the top layer of loose rocks, transformed under the influence of solar heat, air, water, plants, animals and bacteria. It is through these elements influence the living and inanimate nature created fertile layer - humus (or humus), that differs from ground rock ( sand, clay, loess ). Humus is the main component of soil fertility and defines it - the stronger the content of humus, the soil rodyuchishyy.

Because soil formation process depends on many natural factors on the planet was formed several hundred types of soils. And even within one locality soil may consist of several different soils.

soil Kyiv is modified by humans, and the soils here have lost much of its natural properties. Through intensive construction removed the top layer of the most fertile, territory become clogged with industrial and household waste, soil contaminated by hazardous chemicals. In addition, soil can be ruined by the destructive action of natural processes.

To preserve and protect the soil carry out various activities. So, to avoid blowing topsoil, flushing it rains during some sections specifically zasadzhuyutsya trees or shrubs that affirm the soil by roots. In modern enterprises establish treatment facilities that reduce harmful emissions.

The surface of Kyiv. Weather 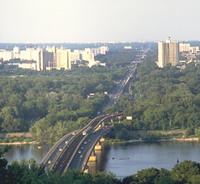 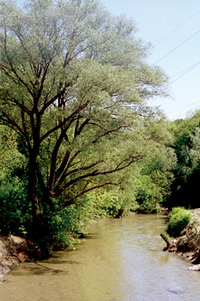 Lake Sun at the Kharkov array

Activities on the water 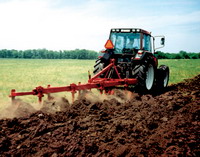 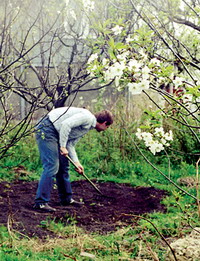 Slope of the Volodymyr Hill densely planted with trees

Dnieper River embankment near the station