As you already know, in times of Kiya Starokyivska Hill was built fortifications - deg. It covered a small portion Mountain - about two acres. Trench depth of 4 meters high and shaft to wooden palisade "hail" was surrounded from the south. From the north, east and west defended his unassailable slopes. And now at the National Museum of History Ukraine can see remnants of the shaft and ditch those times. Middle mountain Archaeologists found the remains of a pagan temples. There was residence (Permanent location) prince always lived here his arms. 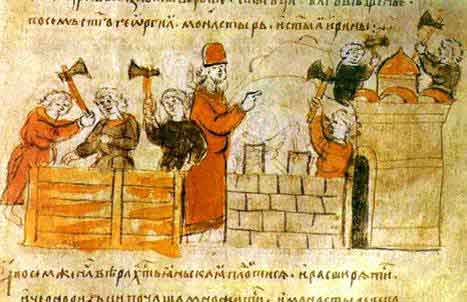 So, the first sign of the city in ancient times have been strengthening. But if Kyiv was the only fortified settlement, most all his fate would be the same fate as many other forts, which over time ceased to exist.

But Kyiv destined to another fate. Near fortified center quickly emerged and began to grow rapidly commercial and manufacturing part - Division. Labour, skill, entrepreneurship of its residents did Kyiv one of the richest cities of Russia and the whole of Europe. And most importantly - Kyiv became the center for uniting all East nations. "Mother of all Rus cities named him Prince Oleg (882-912 years). So he went and into history.

- Signs Contemporarycity? What distinguishes it from other towns?

-          Make Conclusion: What types of settlements  pictures? How are they different from each other? Give your opinion. 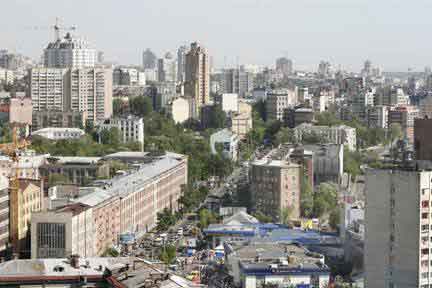 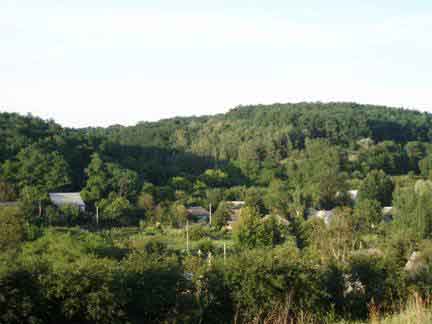 The most important feature, which in our when determining the type locality is the number of its inhabitants.

Number population of cities in different countries is determined on its own. For example, of Denmark, settlement could become a city if it lives at least 300 man, but in Japan this figure reaches 30 000.

In Ukraine, the settlement could be city if the number of its population will reach 12.10 thousand.

But the city is not only a number population. What else?

Browse Sources 4-7. What aspects of city life depicted in the pictures? Compare village life. Make preliminary findings: signs of the modern city that it distinguishes from other types of settlements?

Source 4. Telychka - one of the industrial districts of Kyiv 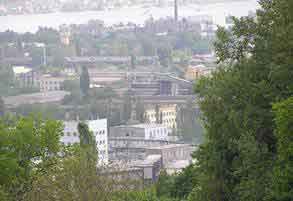 Source 5. Kyiv-commodity - one of the largest transportation centers in Ukraine 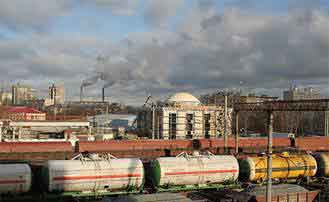 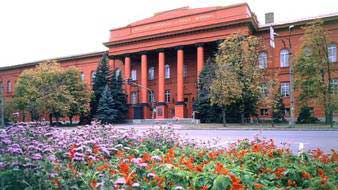 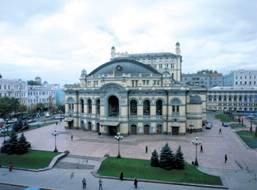 Now we can define the notion "City". At its core - a settlement. And its most essential features - population and its activities.

Thus, town - this town, whose population

is more than 10-12 thousand people, mostly not involved in agriculture

As noted, Kyiv with time became the center of a great power. It housed the residence of the princes; he was the center of economic and cultural life. His value center Kyiv remained, except a short period, throughout the ages. 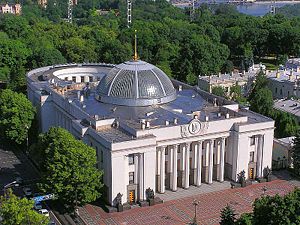 Source 8. Cabinet of Ministers of Ukraine 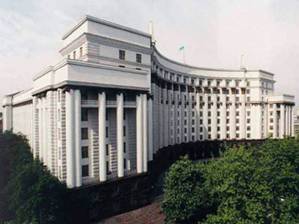 - Why are these institutions located in our town?

- How do you understand the concept of "capital"? What is be in the capital?

Thus, Kyiv is not just a city, and capital of our country - Ukraine, and there are all the highest authorities power.

Capital - Is the main city of the state, its political, administrative and cultural center.

- What other bodies of government are higher in London? What they are doing?

- As indicated by their activity on the lives of all residents and citizens of Ukraine?

- Make walk downtown. Make a route so that he walked by houses of higher authorities. Pay attention to the features of these buildings.