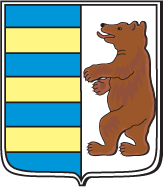 Total bridge - 11, including the cities of regional subordination - 5

lies in southwestern Ukraine within the south-western part of the Ukrainian Carpathians. About 80% of the territory occupied by mountain ranges, valleys and hollows mizhhirnymy. In the southwest - Transcarpathian Lowland (lowland part Serednodunayskoyi). Within lowland relief plains (102-120 m) in the Carpathians by middle and lowland. Mountain ranges stretch from northwest to southeast: the north - Dividing Range, extending south Polonynskyi range (g Polonyna-Fleece, 1479 m), partitioned into separate arrays (meadows Borzhava Red), and Svidovetsky spine (g. Blyznytsia, 1883 m) east of which - the backbone of Montenegro with the highest in Ukraine Goverla (2061 m) and Rakhovsky mountains. In the region found 30 different minerals among which uncharacteristically for Ukraine: Polymetal ore, alunite, perlite, zeolites, liparites. In Solotvynsky field - about 3,5 billion tons of rock salt. Open 13 deposits of carbonaceous raw materials (limestone, dolomite, marble), more than 360 mineral water springs (on the basis of these sources are few health centers). Barite ore deposits are explored. There are deposits of brown coal. The climate is temperate. In lowland winter is short, mild (-2 °, -3 ° in January), summers are warm (19 °, 21 ° in July), in the middle winter cold, prolonged (-5 °, -9 ° in January ), short summers and cool (9 °, 13 °). In the mountains, temperatures decrease with height. Annual rainfall varies from 642 mm (Coastal) to 1 411 mm (Ust-Black). The Trans 152 river length of 10 km. They belong to the Tisza River basin and almost all originate in the mountains. Major rivers: Tisa Teresva, Tereblya, Japan, Borzhava, Latoritsa Uh. For typical river flooding after torrential rains (8-10 floods per year). In the region 137 lakes of glacial origin and zahatnoho (most - Synevyr, 989 m above sea level), 50 ponds and reservoirs.

soils mainly - brown acid and sod-brownsoil, brownsoil-podzol (on the hills, the foothills and on the high terraces of the rivers), meadow brownsoil - on the lower terraces, and the plain - greensward ashed and surface-gleyed. About 50% of the territory occupied by forests. Explain clearly expressed altitude vegetation. In the Transcarpathian Lowland oak-hornbeam and oak forests in the foothills and mountains to a height of 700 m - oak, to 1 300 m - beech, up to 1 500-1 550 m-spruce with admixtures of beech, fir, cedar pine, above - subalpine and alpine meadows and more. Meadow vegetation is common in river valleys and on hillsides and ridges. Abundant wildlife, presented 450 species: mammals - 70 species of birds - 280 fish - 60. Adverse natural processes: in the mountains - earthquakes (up to 8-9 points), frequent avalanches, intense weathering, particularly frosty, landslides and scree, collapses. During the disastrous floods - intensive erosion and acumulyatyvna activity of rivers. On the Tisza and its tributaries often created mudslides, and between Borzhava Teresva common Karst. Strong winds cause Storms. Reclamation activities: watersheds or ravine-beam stand and afforestation along rivers and reservoirs, terasuvannya slopes, creating vodorehulyuyuchyh dams, anchoring riverbanks. In Transcarpathia - 457 territories and protected the fund from which the state value: biosphere reserve, two national parks, 18 nature reserves, nine natural monuments, botanical garden, park, monument of landscape architecture, 12 natural landmarks.

first people in Ukraine were in Transcarpathia (archaeological finds of ancient human footprints near the town of Queen). In the chronicles settled here during the Slavic tribe of White Croatians. In the tenth century. Transcarpathia to spread the power of the princes of Kiev, but soon these lands were ruled by Hungary. Good reputation left behind Prince Fyodor Koriyatovych - holds Transcarpathian land late XIV - early XV century. After losing ground in the tail, he has received from the Hungarian king lands in Transcarpathia. His work helped to develop the land. In the XVI - XVII century. Transcarpathia became the scene of battles between Austrian, Turkish and Transylvanian forces. Finally part of the Austrian Habsburg monarchy (from 1867 - Austria-Hungary). After the collapse of Austria-Hungary in 1918 Transcarpathia became part of newly independent Czechoslovak Republic. Days in March 1939 Transcarpathian Ukrainian managed to form their own state Hust in the capital, but the time Hungary's fascist regime suppressed by force of arms independent Carpatho-Ukraine. After the defeat of Nazi Germany and its allies in Transcarpathia, the agreement between the USSR and Czechoslovakia of 29 July 1945, was transferred to the Ukraine. 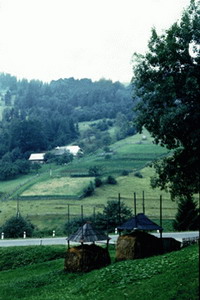 Museum of Forest and rafting on the river near the village Ozerianka. Synevyr, Mizhgirya Mr. 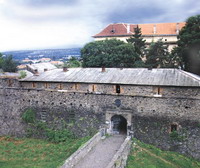 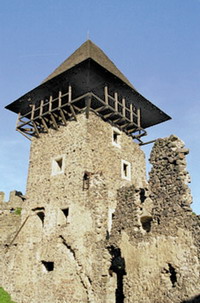 Vineyards in the district is not Vynohradiv 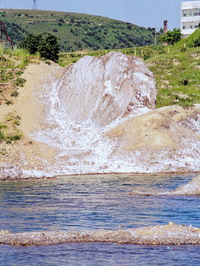