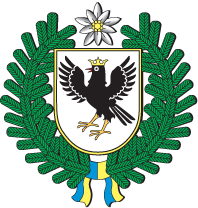 Bridge - 15, including the cities of regional subordination - 5

lies in western Ukraine within DEPOSITS AND Ukrainian Carpathians. By the nature of the relief is divided into three parts: north - Podolsk height (430 m) along the right bank of the Dniester - the Carpathian mountains and nyzkohir'ya - Ukrainian Carpathians (almost 50% of the area). Mountain ranges and ridges extending in a southeasterly direction and cut transverse and longitudinal valleys: Gorgan (g Syvulya, 1836 m), Pokuts'ka-Bukovina Carpathians, in the south - Hrynyava Chyvchynska and mountain (G. Halt, 1684 m ), the eastern slopes of Montenegro (Goverla, 2061 m). The region is rich in oil and natural gas, lignite, bituminous argillites. There are deposits of mineral wax, sulfur, rock and potassium salts (solenosnyy Carpathian basin), gypsum and anhydrite, shale, phosphate, construction materials (sandstone, limestone, gravel, pebble). 160 deposits of 24 kinds of minerals, opened more than 100 mineral water sources. The climate is temperate. Equal toynniy of mild winters (-4 °, -4,5 ° in January), summers are warm (18 °, 19,5 °), rainfall 600-800 mm. The mountain climate is much stricter, the temperature decreases significantly with height (in January -6 °, in July 16 °), precipitation to 1400 mm. The main precipitation 65% - in the mountains (falls on warm season). Summer rainfall sometimes lead to catastrophic floods in the rivers. Many rivers - 8 286, but most are small, up to 10 km. They belong to the basin of the Dniester and Prut. The length of the Dniester region within about 200 miles, its tributaries: the right - switches, Limnytsya, Lukva, Bystrica, left - Svirzh, rotten lime. Prut flows in south-eastern region (tributaries: waters, Toronto, Pistynka (right) and Turks, black-haired (left). Ozer was mainly flood, some of karst origin. Soil and vegetation changes with altitude. Soils in the north: ashed black (15% of the area), gray forest soils (18%), typical malohumusni black (3%). In Prykarpattya - sod-podzol soils and greensward, on the slopes - the storm brownsoil-podzol and mountain meadow soils brownsoil (40%) in river valleys - meadow marsh and swamp. Erodibility soils 10-40%. Forest area is one of the largest in Ukraine. Forests cover 626.6 hectares in the plains and foothills - 30% (oak-hornbeam, oak, beech) on the slopes of the Carpathians - 60%. There altitude explain to 800-1 000 m slopes are covered with forests of beech, spruce, silver fir, up to 1 300-1 500 m - with cedar and spruce pine. The highest peak - subalpine meadows - plains. There remained 120 species of plants listed in the Red Book of Ukraine. The wildlife includes 463 species, including: 66 - mammals, 322 - birds, 11 - reptiles, are found in rivers and trout, grayling. Adverse natural processes in Transnistria - erosion, washed away, falls, scree, landslides, karst, in the mountains - plane wash, the formation of stone scree, avalanches, mud flows, the river valleys - perezvolozhennya, swamping. Reclamation: watersheds or ravine and beam planting and afforestation along rivers and other water bodies. In the 438 territories and protected the fund from which public values: natural reserve, two national parks, 10 nature reserves, 13 natural monuments, 3 arboretums, park-monument of landscape architecture, 4 regional landscape parks, 186 natural reserves.

At different periods in Precarpathians lived the Celts, Germans, Thracians, at the beginning of our era settled Slavs. Center edge city Galich was that there were 1100 years ago. From it and the land became known as Galicia. In the days of Kievan Rus' Galicia is the western outpost of the state here soon formed a separate principality. In 1199, Prince Roman I of Kiev and united the Galician-Volyn principality. His son Daniel had expanded outside of Galicia-Volyn principality. But in the XIV century. state declined, and four years of Galicia became part of the Kingdom of Poland. In the XVII century. there is a city Stanislav (now Ivano-Frankivsk), but the old Galich after 1240 declining and becoming a small town. Since 1772 Galicia was part of the Habsburg Austrian Empire (from 1867 - Austria-Hungary). After the collapse of the Austro-Hungarian Precarpathians is the cradle of Ukrainian nationalism. In 1918 Since formed in Galiciaahidno Ukrainian National Republic. From January to May 1919 ZUNR government was in Stanislav, and in September 1919 Galicia was occupied by Polish troops. Until 1939 Stanislav was the center of the eponymous province as part of Poland. During the Second World War and in the years to Galicia in arms defending the right of existence of the Ukrainian state. In 1944 Stanislavsky region goes to the USSR. Since 1962 Stanislav renamed Ivano-Frankivsk. 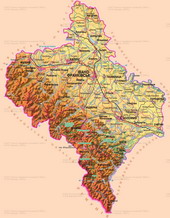 Ivano-Frankivsk region
Warning: getimagesize(images/gra/Maps/ivano-frankovskaya-oblast.jpg): failed to open stream: No such file or directory in /Library/WebServer/Documents/templates/entries/show.php on line 23 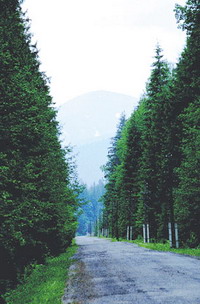 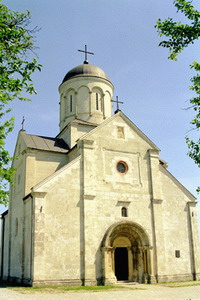 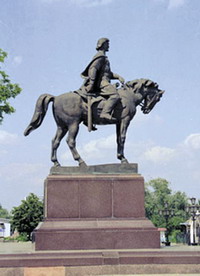 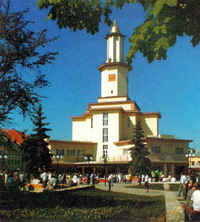 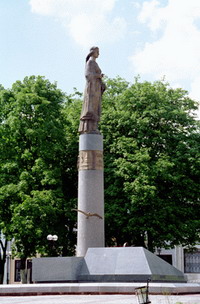