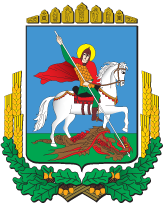 Bridge - 26, including: a city that has a special status - Kyiv and cities of regional subordination - 11

Located in northern Ukraine. By the nature of the relief is divided into three parts. The eastern part, lies within the Polesie lowlands (up to 198 meters), is a low-lying plains polohohvylyasti, dissected by river valleys, on right bank of Pripyat complicated hills. South-western and central parts of the region lie in the Dnieper Upland (up to 273 m), partitioned by a passing river valleys, ravines and gorges. East, left-bank part is located on flood plain and terraces of the Dnieper River in the Dnieper lowland. Since minerals are the largest value stocks of building materials: granite, gneiss, brick and tile clay, marl, building and quartz sand. The climate is temperate continental with mild sufficient moistening. Average temperature in January is -6 °, July 19,5 °. Rainfall - 500-600 mm a year, in the far south - 400 - 500 mm. Adverse climatic effects: intense rain showers with thunderstorms, gHell bezdoschovi periods, droughts, dust storms, and winter - ice and ice crust. Rivers belong to the Dnipro basin. At 177 rivers flowing Kievschine length of 10 km. Top: Sky - length 246 km (within regions), Desna - 64 km. Major tributaries of the Dnieper: Pripyat with Uzh, a beetle with Zdvyzh Irpin with Unava, Ros with Rostavytsya. Densest in the south of the river network. In the region there are 55 reservoirs, 2383 bids and 750 small lakes. Common ground - black (50,7% of the arable land area) and sod-podzol (14.5%). In river valleys - sod-gleyed, meadow and marsh. About 60% of the territory in agricultural sphere. Total forest area 698 hectares. For the northern (Polesie) typical pine, oak, pine, hornbeam and oak-pine forests. In the forest-steppe dominated by deciduous forests - oak-pine, oak, aspen, alder. In the flood - motley-cereal meadows, sometimes shrubs. Wildlife differentlymanitnyy, there are about 60 species of mammals, birds - about 300 species of amphibians - 11 reptiles - 8 fish - 40. Significant territory in the north region of radioactively contaminated as a result of the Chernobyl accident and unsuitable for economic use. On the negative natural processes Polissya: wetlands, swamp, wash plane. The region has undertaken a comprehensive reclamation, afforestation. At Kievschine 212 territories and objects protected areas, including state value: 15 nature reserves, 3 natural monuments, 12 parks, monuments, landscape architecture, 3 botanical gardens, zoos, arboretums 2, 4 regional landscape parks, 16 natural reserves.

Kyiv land holds a special place in Ukraine. Kyiv region chosen for their agricultural settlements of the tribes of Tripoli culture. The remains of the archaeological culture found during excavations near the village of Tripoli near Kyiv. From the days of copper cultural tradition in these lands will not be interrupted. Long since modern Kyiv region became the core community of tribes - ancestors of the Eastern Slavs. In V - VII century. here there is a city that from the Kievan Rus and still represents a Ukrainian statehood. Kievan Rus in the X - XII centuries. occupied spaces of the Black Sea to the White, but after the dissolution of the Kiev principality occupied only part of the Right-Bank Ukraine and Belarus. Earth Kyiv principality, and province, at the Lithuanian period (XIV - XVI centuries.) Covered much of modern Ukraine, then in the lands of the Middle Dnieper in the middle of XVII century. formed the Ukrainian Cossack state. After the National Liberation War led Bohdan Khmelnytsky, Ukraine was divided along the Dnieper between Poland and Muscovy, with right-bank Kyiv also went to the Moscow kingdom and became the center of the province. At the end of XVII century. When the Russian Empire expanded its power in the Right-Bank Ukraine, Kiev province were the land of right-bank Pripyat to Tyasmyn. However, Kyiv became the center of the same general-governorship. In 1917-1920 he Kyiv - capital of the Ukrainian state, but after the defeat of the Ukrainian national liberation movement Kyiv again becomes a common provincial (and regional) and the only city in 1934 becomes the capital of Soviet Ukraine. From 1991 Kyiv - the capital of independent Ukraine. 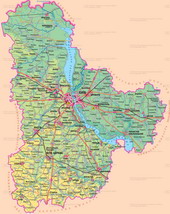 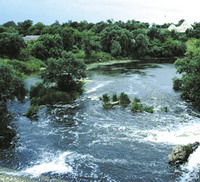 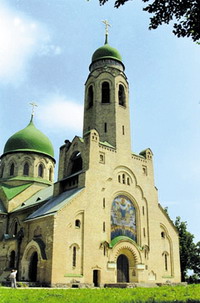 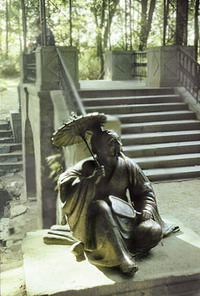 Chinese bridge in the park "Alexandria", in White Church 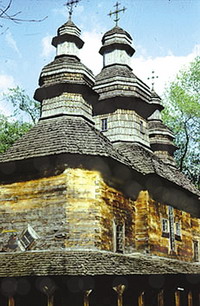 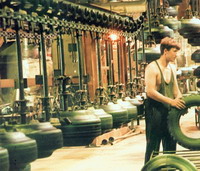 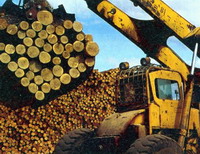