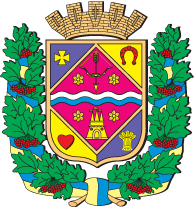 Area - 28,8 thousand square meters. km, 5% of the territory of Ukraine, 6 among its regions

Bridge - 15, including the cities of regional subordination - 5

lies on the Dnieper Lowland. The surface is flat, bent generally to the southwest. Most improved north-eastern region - Poltava plain (to 202 m) with broad valleys left tributaries of the Dnieper. Occur between the rivers rise, caused by salt structures (Vysachkivskyy hump), frequently passing valleys and steppe saucer. The region is rich in minerals, with the highest importance of natural gas and oil (Dnieper-Donetsk region hazonosna oil) and iron ore (Kremenchug iron ore district). There are deposits of granite and hranodiorytu the south, throughout - clay and sand, sometimes peat. There are sources of mineral waters are (Mirgorod United Bagachka, New Sanzhary). The climate is continental with moderately cold winters (-6,5 °, -7,5 ° in January) and warm summers (20 °, 21 ° in July). Here there are droughts in summer, winter - ice and freezing soil. Rainfall - 450-565 mm a year, mainly summer. In the 62 rivers flowing length of 10 km, belonging to the Dnieper River Basin. The biggest of them - with Sula and Orzhytsya Udayem, Psel with Khorol and Govtva, Vorskla. The region around 1225 ponds. Soils mostly - typical black and regular (70% of the area). In the South - black and saline meadow-black hlybokosolontsyuvati in combination with saline. Much of the region occupy an area of forest and gray and ashed peat-marsh soils. Natural steppe vegetation barely survived. Forests and woodlands cover 7.5% of the territory, planted by the banks of rivers, gullies and sand dunes. Fauna is represented by about 400 species including: mammals - 56 birds - over 300 species of amphibians - 11 species of reptiles - 11. Adverse natural processes: linear and a surface erosion, landslides and sometimes Shishaki; floodplain rivers and wetlands of the valley pass and wetlands, is the BP-sagging phenomenon; contamination of soil and water in place of exploration and extraction of oil and gas. In the region located 340 territories and objects protected areas, including state value: 19 nature reserves, natural monuments, Park, 4 park monuments of landscape architecture, regional landscape park, 51 natural reserves.

Parking ancient man found near the village. The posts Lubensky District. Findings that suggest the settlement Scythian farmers mentioned by Herodotus, found in Santiago and in the Poltava region. Many silver and gold items back of early tribes found in Novosanzharsky area. In X-XIII centuries. By Kievan Rus, was part of Poltava Pereyaslavsky principality. Here, on the steppe frontier, faced fortified cities - Lubny, Piryatin, Khorol and others to protect against attacks Polovtsian. Then the established and current administrative center - the city of Poltava, which is mentioned in chronicles in 1174 After the Mongol-Tatar invasion in the XIV century. Poltava fell under the rule of Lithuania, and later - Poland (XVI century).. Did the middle of XVII century. Poltava land - the core of the Ukrainian Cossack state. It formed Cossack regiments: Poltava, Myrhorod, Hadiach, Lubensky. In 1708-1709 he Poltava land was an arena of military competition between Shwethis and Russia. In 1709 at Poltava was defeated army of Karl XII and Hetman Ivan Mazepa. This event ended the autonomy of the Ukrainian Cossack state. At the end of XVIII century. Poltava is the Chernihiv province, in 1802 created Poltava province, comprising 10 districts. During the national liberation struggle and civil war years 1917-1920, during the famine of 1932-1933 and during the Second World War of 1941-1945 Poltava land suffered a severe test. After Ukraine became independent in the revived folk tradition, a bright example is the Fair. 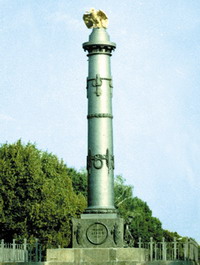 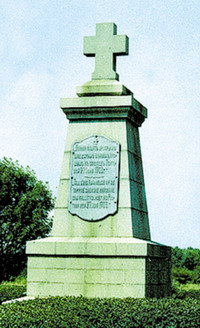 Poltava battle field 1709 monument at the grave of Swedish soldiers 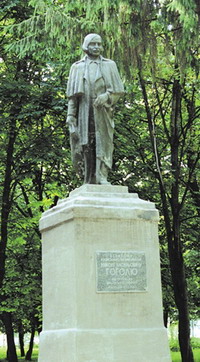 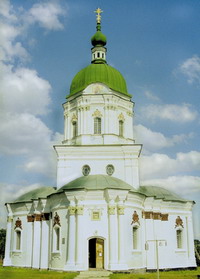 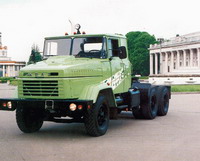