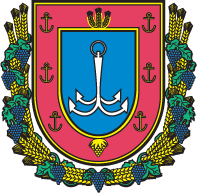 Bridge - 19, including the cities of regional subordination - 7

lies in southwestern Ukraine, on the south and southeast by the Black Sea. Most of the area spread within the Black Sea Lowland, which gradually decreases to the southeast (from 150-170 m to 10-20 m). In the north-west - spurs Podolsk Upland (height to 288 m) - gently wavy flat plains with deep erosional dismemberment (up to 80-100 m). To the northeast - spurs Dnieper Upland, wavy watersheds which rise to 160-200 m. To the south west - spurs Pivdennomoldovskoyi plains, partitioned asymmetrical river valleys and gorges. Provision of sufficient minerals. There are small deposits of brown coal, building materials (sand, clay, limestone, granite, gneiss), salt, graphite. Important balneal importance of mineral waters, curative mud and brine estuaries. The climate is continental with mild, dry winters (-1,8 °, -5,8 ° in Januaryi) and hot, dry summers (21 °, 22,9 ° in July). Precipitation 380-500 mm per year. In the region 225 rivers. The main ones - the Danube, Dniester with Kuchurgan, Southern Bug and with Savranka Kodyma. Many small rivers that dry up in summer. In the 28 reservoirs, 520 ponds. Lakes - Floodplain and estuary-lahunni. Within the field of 15 estuaries. In the mainly black soil: in the north - and frequently degraded in the central part - of course, in the south - south as well as dark brown salty soils. Forests - mainly oak (oak, maple, oak, ash, lime). In the swamps of the Danube and Dniester - willow forests of poplar and alder. On the slopes of hills - shrubs with thorns, rose hips, hawthorn. On the coasts and in river flood plains frequently saline meadows. Fauna is represented by 51 views of mammals, 69 - fish 10 - amphibians, birds - over 330 species. Among the adverse natural processes: linear and plane jet wash, especially on the right bank part Mezhyrich, landslides, erosion, sagging phenomenon. In the floodplains - waterlogging and salinization. The seashore and estuaries - attrition, landslides, ravines, braids, pour. Reclamation: planting shelterbelts, reforestation, improved grassland. In the 120 territories and objects protected areas, including national importance: Biosphere Reserve, 8 reserves, 2 The natural, botanical and zoological parks, park-monument of landscape architecture, 2 regional landscape parks, 4 reserve tracts.

the Odessa area found the remains of villages and settlements, in which they live, Cimmerians, Scythians, Greeks. Later Eastern Slavic tribes settled here - and Ukichi Tyvertsi. In the XIII century. Black was captured by the Mongol-Tatars and connected to the Golden Horde. From XV. These lands belonged to Turkey. By agreement Iasi 1791 Odessa regions ceded to Russia. The first mention of Tatar settlement Hadzhibey that exist at the current location of Odessa, appeared in 1415 During the Russo-Turkish War in 1787-1791 biennium Black Ukrainian Cossacks possessed fortifications Annie-Dun and Hadzhibey. And in 1794, Here was founded a city which in 1795 renamed Odessa. In 1797 Odessa was part of Novorossiysk province, and from 1803 - Dmitriev VV The boroughs of Odessa to Kherson province. By the end of the nineteenth century. Odessa Kherson ahead by population and economic potential and in 1921 became a province, and provincial cities. In 1954 & nbsp; was Odessa region is connected to Izmail. Since the boundary invariant. 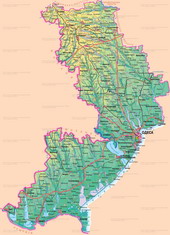 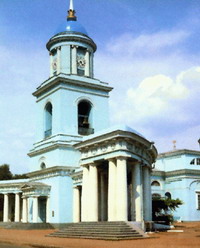 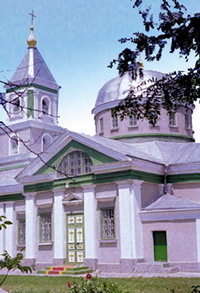