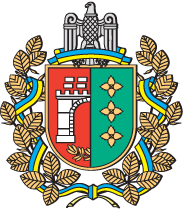 Bridge - 11, including the cities of regional subordination - 2

lies in western Ukraine. According to the features of the relief is divided into three parts: a plain, foothill and mountains. Northern part - within Podolsk Upland (300 m) and Khotyn Upland (G. Byrd, 515 m). Surface - enhanced Lesova wavy and hilly-pasmova plain, divided canyon river valleys, ravines and gorges. In the west there are karst landforms (Zastavnivsky karst plain). In the south - Pryprutska terracing plain. South of the Rod - increased gently undulating plain changes in the foothills on high (500 m) and terraced valleys partitioned into separate pasmovo-hilly areas. About 25% of the territory occupied Pokuts'ka-Bukovina Carpathians. The central part of the mountains is Putyla-Verkhovynska nyzkohir'ya, internal - mid massive ridges of karst rel'yefu. The region is rich in various minerals, including a lot of building materials: limestone, marl, quartz and glauconite sand, loam, clay and bentonite brick and tile, red-brown and gray sandstone, marble. In Transnistria - gypsum, phosphates, Pope Celestine. In the Carpathians - ore minerals: manganese, Polymetal, with non-metallic minerals - graphite, bituminous shale, brown coal, are signs of oil and GAS. Many mineral waters are mud. The climate is temperate continental, mild and moisture in the mountains - winter is more prolonged, snowy, wet summer, cool. Temperature in January is -6 °, -10 °, July - 13 °, 16 °, under the plain -4,8 °, -5 °; 18,8 °, 19,5 °, in the foothills of -4,8 ° , -5,5 °; 16,2 °, 19 °. Annual precipitation increases from the plains to the mountains: from 500-600 mm in the plains to 700 mm in the foothills and 800-1 200 mm in the mountains. In the 75 rivers length of 10 km each. They belong to the basins of the Danube River (Prut tributaries of waters, white waters, with the Siret Suceava) and the Dniester. Right small tributaries of the Dniester. The region is part of the Daysstrovskoho reservoir (area within the field of 142 square meters. km), built many small reservoirs and 600 ponds. The soil varies with altitude: the plain - forest gray and dark gray-ashed soils, black ashed in river valleys - soddy-meadow and meadow-chernozemic. In the foothills dominated by sod-podzol surface-gleyed at the foot of the mountains - brownsoil-podzol strongly gleyed. In the mountains - brown wood on nyzkohir'yi and hollows - brownsoil greensward, in the valleys - greensward and meadow soils. Forests cover 32% of the region. At the Prut-Dniester interfluve - beech, beech and oak forests, east - oak-hornbeam. On the Rivers in the foothills - array of beech and beech-fir forests. In the mountains - high-altitude zones: up to 800 - 900 m - beech and beech-fir, 950 - 1 100 m - fir, spruce, 1 100 - 1400 m - spruce, above - subalpine meadows (meadows) . The wildlife includes 359 species, including mammals - 70 birds - 205, reptiles - 12 fish - 56. Modern adverse natural processes - erosion, landslides, karst, waterlogging, attrition Dniester reservoir shores, the mountains - a linear plane and jet wash, landslides, avalanches and osypyscha, village, windfalls and Storms, Karst. Reclamation: conservation measures, afforestation of eroded gullies and slopes, plantation of trees.

in X-XII centuries. pivnichnobukovynski land was part of Kievan Rus. In XII-XIII centuries. Bukovina was part of the Galicia-Volyn principality. In those times are and the first mention of the city-fortress (now Chernivtsi), which was erected on the bank of the Prut River to protect the Galicia-Volyn principality from the raids of the steppe nomads. Over the years, Bukovina land repeatedly subjected to foreign domination. From the middle of the XIV century. they were part of the Moldavian state, and from 1514 - To the sultan of Turkey. Since 1774 Bukovina was annexed by Austria, which was in stock before 1918 After the collapse of the Austro-Hungarian Empire, the 03/11/1918 Bucovina held in Chernivtsi national assembly, 40 thousand the participants declared their will to "annexation of Austria to Ukraine. But already, the 11/11/1918 Northern Bukovina troops captured neighboring Romania. In 1940, Bukovina was incorporated into the USSR. During World War II Chernivtsi region was seized by German-Romanian forces. Over 52 000 people were transported to Bukovinians to Germany. Instead of Bukovina were relocated 8790 colonists from Germany and Romania. 08/02/1944 by Chernivtsi region was liberated. Modern Bukovina remains one of the most multinational regions of Ukraine.

Szyszko hills on the bank of the Dniester River, with. Nahoriany, Kelmenetsky Mr. 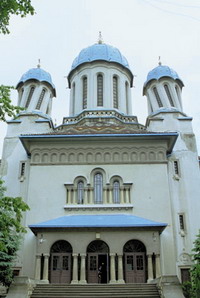 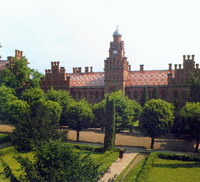 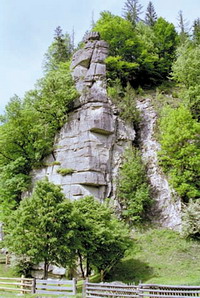 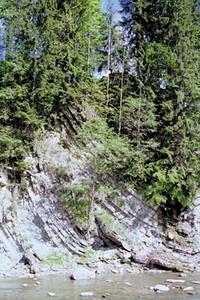