Ukrainian people are Slavic people. In Ukrainian, the Slavs are the Czechs, Slovaks, Poles, Bulgarians, Macedonians, Croats, Slovenes, Montenegrins, Serbs, Belarusians and Russians. They are conventionally divided into three branches: the western, eastern and south. Ukrainian together with Belarusians and Russians belong to the eastern branch. Ancestors of modern Slavic people called the ancient Slavs. They lived in tribes, which periodically united in unions. The names of east-mined stretch of unions that survived to the formation of the state in the 9 th century. centered in Kiev, has kept record. Yes, living in Ukraine seven tribal associations, and are the direct ancestors of the Ukrainian people.

1. What the East Slavic tribal unions were Ukrainian ancestors, and which - Russians and Belarusians?

2. Compare this map with the map on the second page. What tribes - ancestors lived on Ukrainian territory of Volyn, Transcarpathian and Naddniprianshchyna? 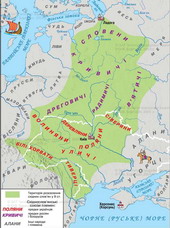 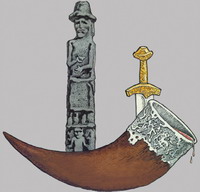 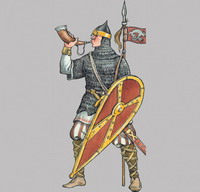 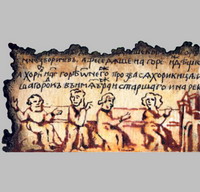 Establishment of Kyiv (picture from the annals)