Galicia-Volyn state by Prince Daniel Romanovich and his successors

Daniel R. (ca. 1201-1264 biennium) - Volyn and Galician prince, King - 1253 son of the founder of the Galicia-Volyn principality of Prince Roman Mstyslavych. Shedding light on the temperament and character traits of Prince, the chronicler describes it as: «Sei same Prince Danylo was kind, brave, wise, who built many, gardens, and churches set up and decorated their various ornaments, and brotherly love it shined was with his brother basil ...». Fraternal relations with Daniel basil, which both in Russia and abroad are considered co could not but surprise by medieval times, when brother fought against brother went to grab his land and take his table.

the initiative was founded several new cities, including Lviv, named after the eldest son of Prince Leo, build up new capital - Holm. Danilo strongly concerned with the construction of fortresses and defensive structures throughout the state, laying the castles, churches and monasteries, promoted the development of culture. Chronicler also proud feats of arms of Prince, compares his achievements with the acts of Sviatoslav and Vladimir I. Great. Galician scribe appreciates talent polkovodnytskyy Daniel, transfers the speech the prince turned to war, in which he urged the soldiers to take care of their dignity and honor of the fatherland. Daniel dokladav great efforts to unite the land for the Russians repel foreign conquerors, showing neighbors the possibility of successful struggle against the Mongols.

Certainly deserving of Daniel is his tireless activities aimed at strengthening the unity of the Galicia-Volyn state, raising its international prestige.

when R. died, his son inherited the land Vladimir .

He After the death Last

Some historians believe that the crown of George I could get in exchange for recognition of the supremacy of Pope, taking the union of church and promise to crusade against the Horde.

Others emphasize that the coronation would not be, as King George and was called as winner of the state - after the European tradition.

However Death of George II But their power In

Galicia-Volyn state by Prince Daniel Romanovich and his successors 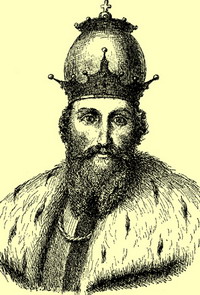 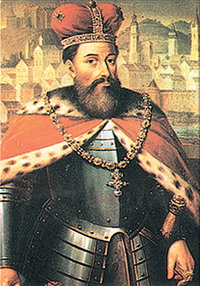 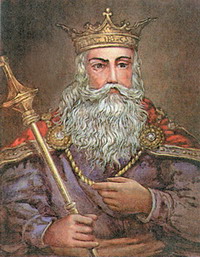 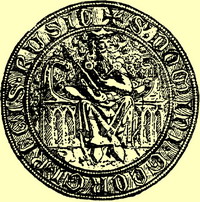 Seal of George I L.

The oldest seal of the city