abolition of serfdom in the Ukrainian lands

new capitalist relations that emerged in the late eighteenth - early nineteenth century. strongly demanded the elimination of serfdom, which was the obstacle to further economic development of Ukrainian lands.

even more exacerbated these contradictions Crimean War (1853-1856), which Russia lost.

January 3, 1857 A secret committee was established, later renamed the Main Committee of the peasant cause. Peasant question had to decide nobles.

February 19, 1861 Tsar Alexander II issued a manifesto to abolish serfdom and Terms of peasants liberated from serfdom. According to these documents, peasants were personally free, but the landlords remained land ownership.

During the agrarian reform the territory of Ukraine was divided into regions with specificity for:

However, the peasantry remained lower as in the state with limited rights movement.

result of land reform, peasants in the south and east have lost 30% of their holdings. On the Right Bank, the government increased peasant holdings by 20% to attract the peasants to its side and weaken the Polish gentry.

In 1949 the villagers had to pay the redemption money. On the Right Bank redemption fee reduced by 20%. Root system of the peasant: rural communities united in the parish was set to pay the solidarity tax.

1) were fundamental changes in the distribution of land ownership;

2) commodity-money relations were dominant in the farms of landlords and rich peasants;

4) apply different land uses (lease, maintenance of their own farm);

5) increased productivity of crops through the use of machines, free-labor, improving the structure of crops.

In 1864 was carried out reform of charge. Created a system of local government. Left-Bank Ukraine was created six provinces and 60 district land management. On the right bank of Ukraine Zemskov government was introduced in 1911, of government in Harju county: Zemskov provincial assembly. Executive bodies - provincial and county council Zemskov. Elections were held for property qualification for three years.

In the 1864 judicial reform was implemented. Unlike birth and closed court entered pozastanovyy open, independent court. Introduced the jury judge. The Court held with the participation of two parties: the protection and prosecution. In Ukraine, was created three chambers: Kyiv, Kharkiv and Odessa. Sentences without a jury, could be challenged in court chambers. Was created Justice of the Peace, who resolved small business. Cassation functions performed Senate.

In 1864 began to reform education. According to the Regulations of the People's elementary school "introduced a unified system of primary education. In the field of secondary education created a classic men's and women's gymnasium. The tuition was very high. The right to enter university graduates only had a classical high schools. Graduates of women's rights at school entry had.

In 1865 be reform of censorship. Were created special bodies censorship.

In 1870 the city carried out reform. In all cities of Ukraine created municipal councils. Elections held on the basis of qualification. Executive Body Duma - city hall, which was headed by the chairman. City council ignorant of city.

financial reform (1860-1864 biennium). A state bank, launched a Government Accountability Center, excise taxation of alcoholic beverages increased taxes on consumer goods, set up a government office that concentrated in the hands of all income and expenses of the state.

Reforms 60-70's were limited, inconsistent and half-, but yet they have created conditions for economic and political development in new conditions. Developed industry, commerce, growing cities and urban population, rural population was involved in the industry. I opened the path to becoming an industrial society.

Abolition of serfdom in the Ukrainian lands

House of the theater 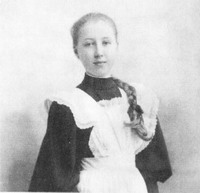