Italy in the fourteenth and fifteenth centuries. (compendium)

In the XIV - XV centuries. Italy remained politically fragmented country with different forms of nationhood. Southern Italy and Sicily belonged to the Normans created Sicilian kingdom (of the XV century. It was called the Kingdom of Two Sytsyliy). Central Italy held the Papal region - theocratic state popes. In North and Central part of Italy happened dozens of states, which were stronger with Venetian and Genoese republic, the Duchy of Milan, Florence and others that formally belonged to the Holy Roman Empire (except Venice).

In the second half of XIII century. once powerful central Sicilian kingdom entered a period of decline. It became the object of attacks by the French (Anjou Dynasty) and Aragon. In Sicily in 1302 fell under the rule of Aragon, and in Southern Italy (Neapolitan kingdom) Anjou dynasty entrenched. Long War led to the decline of the country.

State split into separate fief. Neapolitan kings are in the relationship to the Florentine, Genoese and Venetian merchants and bankers. Kingdom of Naples, King of Aragon put forward a claim which in 1442 achieved his. Under the rule of Sicily and Aragon kingdom Neapolitan had a brief period of stability, economic and cultural development. 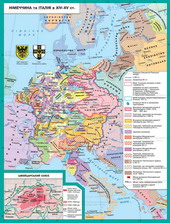 Italy in the fourteenth and fifteenth centuries. 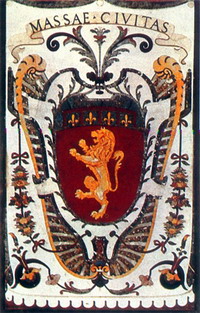 Coat of arms of Massa. Italy 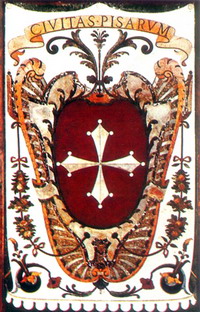 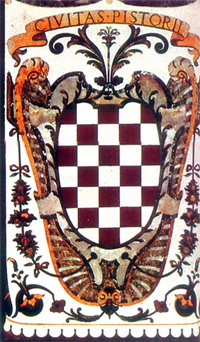 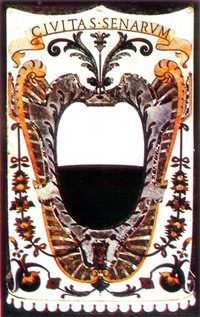 Coat of arms of Siena 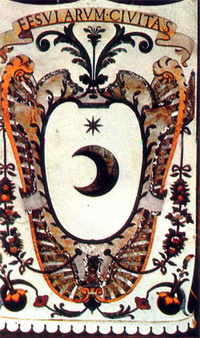 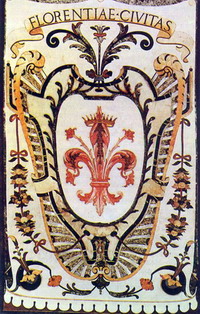 Coat of arms of Florence

Knight on horseback. Italian painting of the XIV century. 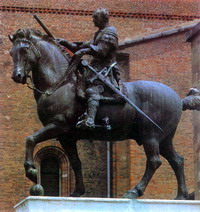 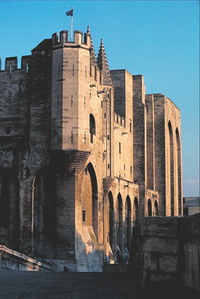 Castle of the Pope in Avignon

St. Angel Castle - the residence of the Pope. Rome 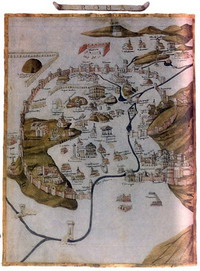 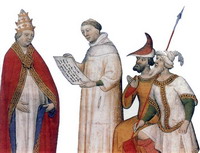 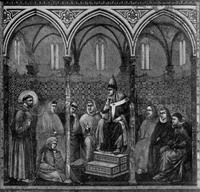 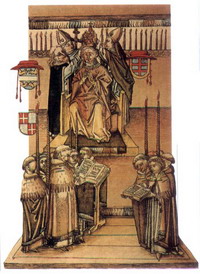 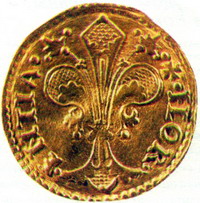 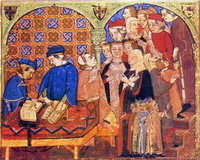 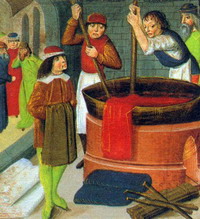 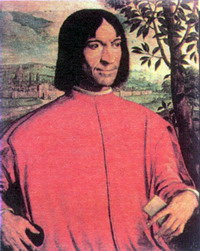 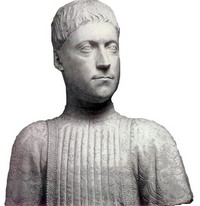 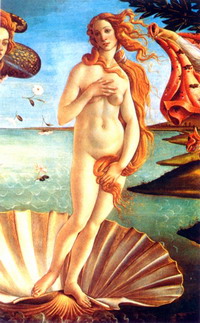 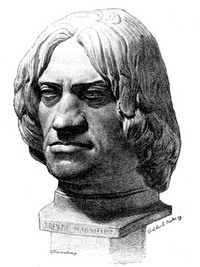 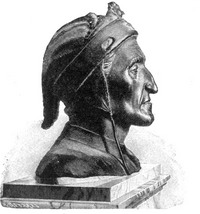 Winged lion - the symbol of the Venetian Republic 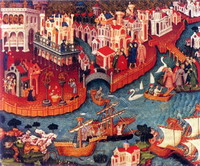 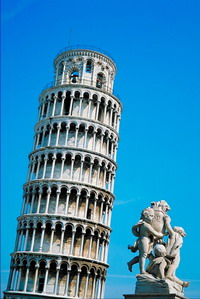 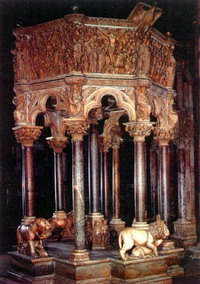 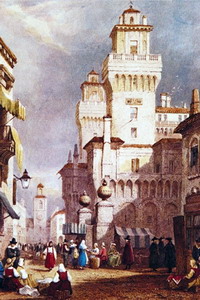 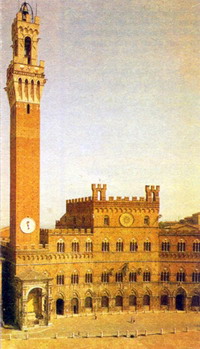 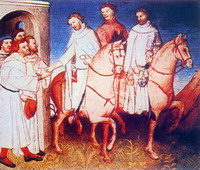