This card is in addition to maps Environmental problems . ITS can be used in characterizing the problem of environmental pollution, particularly air pollution and greenhouse effects. Description of the greenhouse effect is that the atmosphere is almost entirely misses solar radiation to Earth. A significant portion of the reflected radiation from the earth's surface (usually by an infrared ray range) atmospheric gases trapped near the planet's surface. This creates excessive heat, the most negative effect of melting glaciers, raise world sea level and, consequently, flooding coastal areas.

main pollutants are gaseous contaminants (carbon dioxide, methane, nitric oxide, Freon), which enter the atmosphere due to combustion of mineral fuels and biomass, as well as mining, construction and other earthworks.

Carbon dioxide (CO 2 ) and methane (CH 4 ) are called greenhouse gases, because getting into the atmosphere, they strengthen the greenhouse effect on Earth, while providing that the temperature at which there may be biological life (approximately 15 ° C). Together with other gases they make the atmosphere that has existed for millions of years, providing suitable conditions for living organisms, and protects the Earth from overheating and hypothermia. Since 50-ies Twentieth century. atmospheric balance raised a sharp increase in arrivals in the atmosphere of greenhouse gases. The main source of carbon dioxide in the atmosphere are motor transport and thermal power.

With maps show that the largest CO 2 industry occur in economically developed countries of the Northern Hemisphere. In China and India CO 2 is the result of burning a large number of mineral fuels, and in Brazil an additional source of CO 2 frequent fires in tropical forests. Methane enters the atmosphere when burning biomass of rice fields and on cattle.

Freons - anthropogenic gases - are used in refrigerators, air conditioners, as solvents, spray, detergent and more. The increase of CFC in the atmosphere leads to the destruction of atmospheric ozone and ozone depletion, the emergence of so-called ozone holes.

gas balance climate change is causing increasing average annual temperature in the lower atmosphere of 0,5-1 ° C and, consequently, global warming, increase the length of dry period in the Northern Hemisphere (registered in the U.S., Russia , China).

in East Asia - 1 / 4, and in Latin America about 1 / 6 . More than half of all illiterate world falls on India and China - two countries nayzalyudnenishi.

addition there are basic illiteracy and functional illiteracy, ie failure to navigate and people adapt to technological changes taking place in public life, to understand the necessary explanations concerning the employment, failure to use information networks. Functional illiteracy in developed countries is one of the main reasons of the refusal of employers. 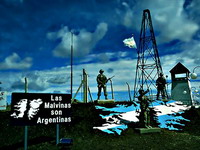 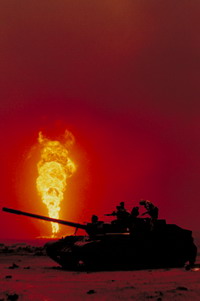