Natural resources and environment. Heavy human impact on nature associated primarily with the need for natural resources. Natural resources - are components and the forces of nature that at a certain level of development productive forces and the degree of investigation are or may be used in agriculture.

XXI century with its scientific and technical achievements not released  person from having to remove significant amounts of natural resources. On the contrary, modern production requires a greater number and diversity of natural resources than ever before.

There are different classifications of natural resources: origin, way of economic use, the degree of completeness.

There is also direct the use of resources are withdrawn from the environment (herbs, berries, mushrooms).

All natural resources by the degree of completeness is divided into exhaustive and  inexhaustible. Number of renewable resources decreases with removal from their geographical environment. Comprehensive resources for self-healing ability  divided into: renewable and irreplaceable.

Renewable resources can be recovered under certain conditions. These resources include biological resources and soil. Fish, forest resources,  Industrial animals can recover its number provided restrict their use by man. But this is only possible failure to achieve "critical point" at which self without help unreal man. In this connection, allocate specific genetic resources hereditary information is contained in the genetic code of living things.  As a result of rampant and worsening living conditions many species of living creatures have disappeared or are endangered.

Nonrenewable natural resources are mineral resources. They formed over a long geological development of the Earth and under continued use can not be restored. Annually from the earth's interior  produce over 100 billion tons of various minerals and fuel.  Only 1,5-2% is converted to final product. These resources should used efficiently, economically and, if possible, again.

Inexhaustible natural resources referred to those that are not reduced under  their use. This climatic resources (solar, wind, inflow, outflow). They are not consumed directly in economic activities do not destroy, but in the process they can use deteriorate. In the recent past to the inexhaustible zarahovuvaly air and water. However, increasing anthropogenic impact encouraged to refer them to a comprehensive, though renewable resources.

Natural conditions - the combination of different components of geographical environment, which have influence on the man and his economic activity.

Resursozabezpechenist expressed as the number of years, which has enough resources, or its reserves per capita, unit territory. For example, world oil production in modern conditions last for 50 years, while in Saudi Arabia have enough reserves 140 years and in the USA - 10. Size of proven coal reserves World per capita is 210 tons, while in China - 90 tonnes UK - 1500 tons

Natural resources are located on the globe is very uneven and that difference is caused by conditions of their formation. Consequently, some regions countries differ resursozabezpechenistyu certain types of resources. To States that have all types of known resources include the U.S., Russia, China.

Earth's growing population, expansion of economic impact on the environment placed on the agenda  problem keeping balance in the system "Society-nature".

Ideally, the coexistence of man and nature should be harmonious and exclusively rational nature. However, in most countries Nature is not rational, leading to depletion resources, environmental pollution. Therefore, mankind should reflect on the unique natural beauties in national parks and national parks, the introduction of complex technologies use of raw materials, processing and subsequent disposal of waste construction of treatment facilities, use of technology closed Water industry, developing new, environmentally friendly fuels. A rational approach even with intensive  use of natural resources will preserve the natural and anthropogenic complexes. 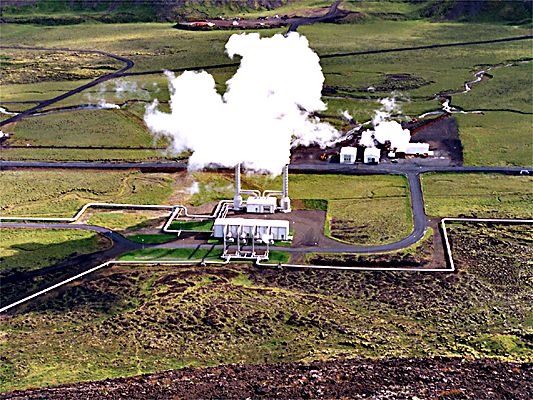