External links. International (geographical) division of labor led to the necessity of participation of countries in international economic relations,  that is to share material and spiritual values. Today no, even the most developed countries unable to produce the entire range goods and services necessary for effective management.

Those countries that are more dependent on global economic ties, called countries with open economies. Degree of openness  determined export quota - the share of exports to GDP country. For example, Singapore's export quota is 70% in Belgium  - 60%, and the U.S. - 10%. 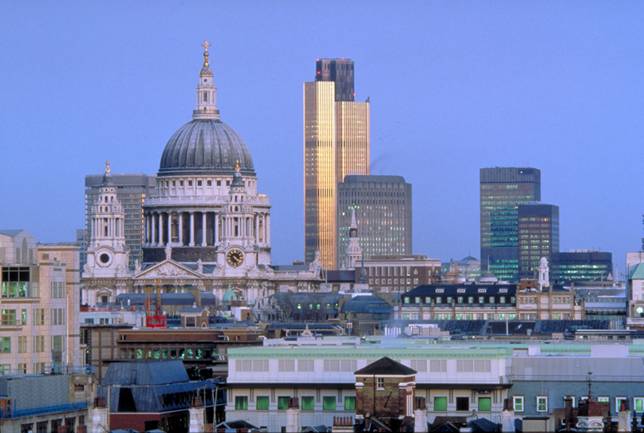 Foreign trade at the present stage is extremely dynamic. It associated with the deepening of WFP, specialization and cooperation in production  internationally, to eliminate many barriers to international trade, high rates of "newly industrialized countries".

In the role of buyers and sellers act states, state and NGOs, individuals, private equity and cooperative businesses and companies. Any state for operation  global market should have its foreign infrastructure - a system that can ensure the promotion of goods and services from producer to consumer in another country. In this system is a major logistical base (hardware stores) and specialized organizations for after-sale technical service. Cash payments from foreign operations and foreign trade are mostly banking institutions.

For commodity structure characterized by a continuous decrease the share of fuels, raw materials, semi finished and increase the share products. Today in the commodity structure of world exports 2 / 3 - a products manufacturing industry, and its share tends to increase, but less than 1 / 3 - raw materials and foodstuffs. High rapidly growing international trade in machinery, equipment, products electrical engineering, the latest technology products.

At present rates of growth ahead of the external trade turnover production growth, which indicates a deepening of international (Geographical) division of labor.

Dominant position in world trade are developed countries, which account for 2 / 3 the volume of imports and exports. Leader in international Trade is Europe, which accounts for half of world trade. Second place Asia, including Asia and the Pacific on led by Japan. North America ranks third. The largest exporters of the world are USA, Germany, Japan, France, Great Britain, Italy, Netherlands, Belgium. A characteristic feature of today is increase the share of trade between developed countries themselves. In her account 70% of world trade.

Growing share in world trade of developing countries. Through specialization of certain raw materials for them there is a threat status "Raw material appendage" to developed countries. Therefore, they seek restructure its foreign trade, barter raw materials for change industrial products, develop new directions. Strong position in the world market belongs to the Gulf - the oil producers. 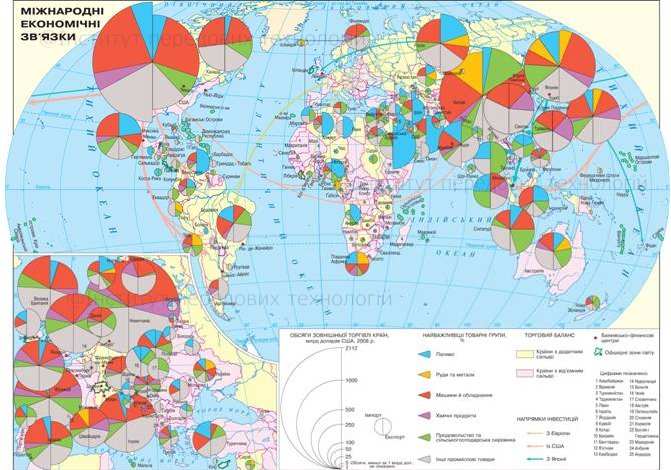 Leasing - A loan in the form of rent equipment, vehicles, ships, airplanes, etc. available for 3-15 years. Leasing includes a package of services: installation, maintenance of spare parts, maintenance and insurance. Often leasing arrangements negotiated simultaneously with freighting contract that guarantees employment aircraft or vessel for a long time. At the end of the lease agreement Tenant may purchase leased property for its residual value.

Know-how - Transfer of technical expertise and secrets of the use of which provides certain advantages.

Financial and credit relations expressed in the provision of credits and loans in the form of exports of capital and private equity investments.

International capital flows be private and  state, long-term (bonds, stocks, patents or copyrights) and short (of a bill credit of up to year and less). Long-term capital investments are made in the form direct and portfolio investment.

The driving force behind this relationship is a transnational corporation. Worldwide formed three centers of financial and credit activities: U.S. West Europe, Japan. Global investors are interested in cooperation with Asian countries (China, India), Central and South America.  China is regarded as a country that has the greatest potential due to size, political stability (regardless of sympathy for the very authority in China), skilled labor force, the Chinese interest government for investment. India attracts scale, relative stability, English middle class, but discourages bureaucracy of government. The Central and South American respondents are interested in the U.S. positive example of economic recovery in the countries of the western level urbanization (Brazil, Mexico). Eastern Europe - Poland, Hungary, the Czech Republic have a suitable strategic location, skilled workforce development for high technology. Africa & Middle East attractive natural resources. 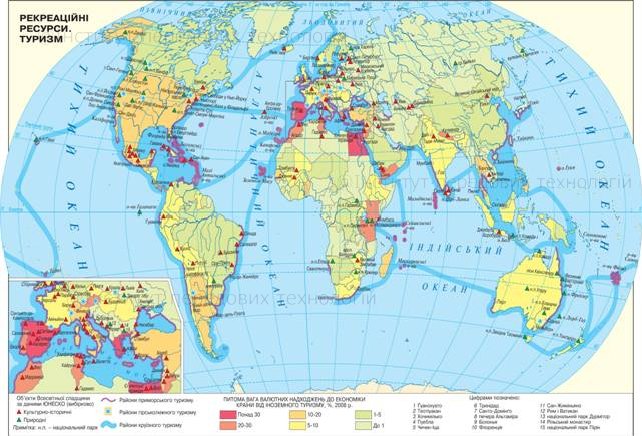 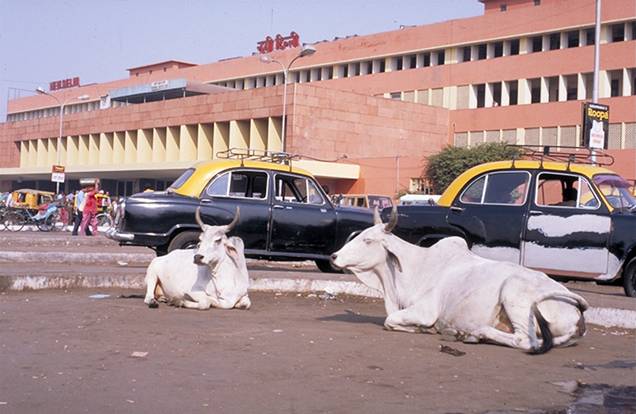 Although geography is very diverse international tourism, the main stream  tourists move within developed countries. The most attractive area for tourists is Europe. Leading tourism takes place in  Spain, Switzerland, Italy, France, Greece and Israel. Today, mass Tourism - a profitable branch of economy in many countries. For share exchange  revenues it has a leading position in Greece, Cyprus, Spain, Mexico, Italy, USA.

According to the International Tourism Organization annually over 500 million  tourists visit different countries and regions. For Spain and Austria tourism - one of the main export industries, it gives under  30% and 80% of export profits.

Organisation of sporting events and competitions also belongs to one of  forms of foreign economic activity, as together the efforts and finances  many participating countries. Is the biggest summer and winter Olympics, World and European championships in various sports.

Cultural cooperation includes the organization of exhibitions of paintings, expositions of the world's leading museums, music and song contests, festivals, exchange of creative groups, a joint study of cultural and historical values, the exchange of film, video and audio products. 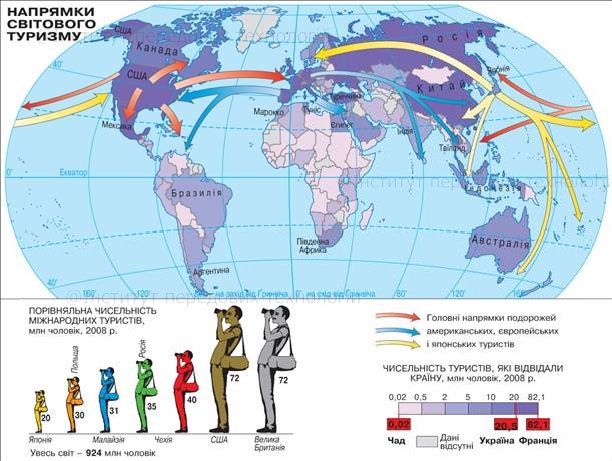