§ 19 The geography of world transport.

Transport and communications - Important areas of the world economy. Making cargo, passengers, transfer information in space, they provide the market exchange of goods and services between countries and regions, participate in shaping their economic specialization, contribute to the deepening of processes of cooperation production. Transportation and communication form the only regional, national and world markets. These two branches are called "circulatory the system "world economy. The role of these industries are so large that the level of their development to determine the level of development.

During the Age of Discovery (XV-XVI centuries.) Big role in forming a single world market has played a maritime transport. Only he could dopravyty goods from one continent to another. However, the "golden age" of transport it is only on the verge of XVIII-XIX. When  began development of capitalist relations. In capitalist method of production of products made exclusively for sale. Over time objectively deepening production specialization between different regions and countries, followed by activation of a commodity exchange between them. Along with that the search for cheaper raw materials and labor forces, not necessarily in their country. All this contributes to the development transport. There are new types of him: road and rail - late eighteenth - early nineteenth century., pipeline - the late nineteenth Art., aviation - the early twentieth century.

At the same time is gradual replacement of old types of engines for new  effective. Instead of sailing and sea-river vessels after invention of the steam engine came to Ferry (initially wheel, then screw), they changed the boat from the diesel engine. Steam carriage (1789) changed the first car with gas and then with Gasoline and diesel internal combustion engine. Parotyahy railroad gradually been replaced by diesel locomotives (diesel engine) and electric locomotives, and aircraft turbine - turbojet.

An absolute leader in the length of road is the road  transport (28 000 thousand km), due to its availability and relatively low cost. Sea transport is the second (10 500 thousand km)  thanks to huge spaces of the oceans and activation during past few decades, sea intercontinental traffic. 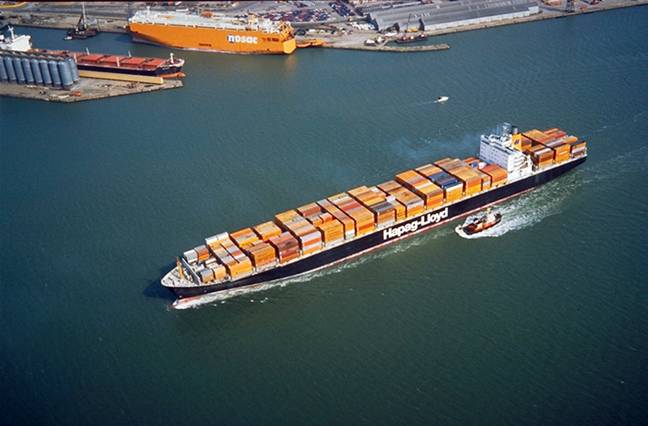 For the characteristics of different modes of transport more often uses four parameters: the volume of cargo that transported (measured in tons) freight (ton-miles); volume of passengers who used the transport (passengers), passenger (Passenger-miles). The main freight and passenger feel. Over 3 / 5 of total world turnover ensures the sea Transport, 4 / 5 passenger - car. 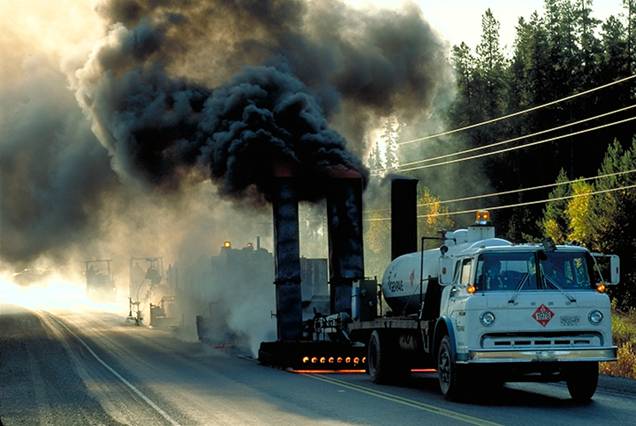 Because of the technological features of the construction, character loads and natural features of different regions in each of them is a leading one type of transport. For example, in most developed countries and many developing countries (primarily Latin America) as the main mode of transportation - automobile. In Russia, China, India traditionally advantage for rail, and countries Southwest Asia extraordinarily rich in oil and gas  - Pipeline. In Japan, Greece, Indonesia, Philippines, Chile, even in  domestic transportation leader is sea transport.

One of the main modes of transport is the railway. Today, the most rail network are countries with large areas - the U.S., Russia, China, India. About 30 countries do not have railways (Guinea, Nigeria, Burundi, Somalia, Chad, Rwanda, Lesotho, Guinea-Bissau Equatorial Guinea). The maximum density of railways are Belgium, Switzerland (200 km / 1000 km2), Germany and other European country. For the length of electrified railways in the world's leading Russia Germany, France, India, China. Share of electrified lines in most  countries with mountainous terrain, because the electric locomotive would be better to go up and down. In Russia it is 47%, in Ukraine - 40%, and the U.S. - 1  % In Australia and Canada in general they do not. A small portion electrified railway in the U.S. due to the tradition of the., when the oil companies trying to sell as many Oil, lobbied for the development of thermal power.

According to figures freight railway world leaders are the USA, China, Russia, characterized by significant disparities in development of individual regions. To "dozens" are also the leaders of India, Ukraine, Germany, Poland, France, Japan, Italy.

With passenger figures emit India, Japan, China, where travel by rail is traditionally cheap and convenient and therefore popular.

Among the latest trends in international rail transport -  creation of highways for passenger and mail transportation. Compared to such an extensive network of trails already built in Japan (Shinkansen), France (TGV), Germany ("Inter Continental" "Inter City"), the U.S. and Spain. Record speed of trains on those routes - 500 km / hr.

For the curious. The first railway in the world of steam locomotives on traction was built in 1825 in the UK (area Stockton - Darlington), and in 1930 the first commercial passenger train plied between Liverpool and Manchester. In the mid-nineteenth century. railroad appeared in France, Belgium, Germany, Austria, Russia, Netherlands, Italy, Spain, India, Egypt, Australia, Brazil, Argentina. In 1913, the total length of railways was 1 100 thousand km,  roughly the same as today. Longest U.S. rail network had (409 thousand sq. km), Russian Empire (72), Germany (65) United Kingdom (40.8), France (39.6), Italy (34,7). Later railways, did not sustain competition with other species transport, has lost its value as part of the dismantled railway.

For the worldwide network of several types of typical railway track. In European countries, USA, Japan and many developing countries, extended track width 1435 mm, in Ukraine, Russia, Finland, Mongolia  - 1 520 mm, in most developing countries - 1667, 1 067, 1 000, 762 mm. Sometimes in one country there are several types of tracks. It reduces the efficiency of railway operation.

A significant contribution to passenger rail transport makes Subway. The first subway line appeared in 1863 in London (United Britain). London subway and most branchy in the world today. Longest Metro New York (over 450 km and more than 500 stations).

Road transport is not equally developed in different countries. On today with a total length of highways global leadership  by the United States, India and Brazil. In recent years a significant number of highways built in China. Over the length of routes paved the first place are the U.S., followed by Japan, France, Germany and other developed countries. Lowest security Roads typical of Africa (Sahara and Sahel region) South America (Amazonia, the Guinean Highlands, part of the Brazilian Highlands), Asia (Western China, Arabian Peninsula), South and eastern part of Russia, Australia (Great Australian desert region). 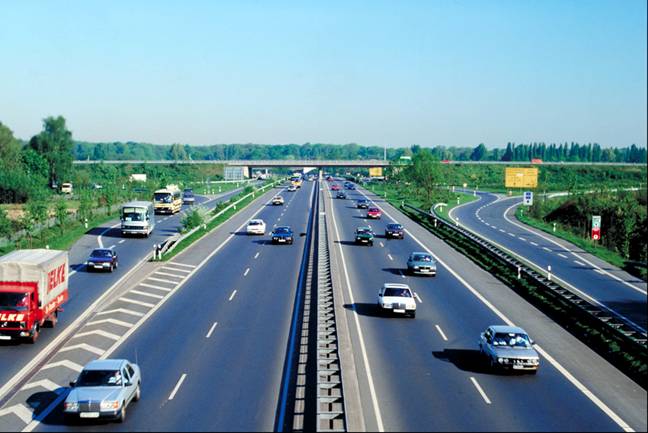 Further development of road transport carried out by Rapid construction of motorways of international value and transcontinental highways.

The development of road transport began earlier than the development railway. The first way, otmostki stone yet appeared in France in Sixteenth century. They were called "highway" (literally "shod"), then the word and entered into other languages. The first way of bituminous concrete pavement appeared in Europe only in the first half of the nineteenth century. For several ages all ground transportation routes carried horse carriages. The first self-propelled truck with a steam engine invented in 1789 in France N.-F. Kan. Dawn of a modern car has come in 100 years when  four-wheeled cart for the first time set a gasoline engine combustion. Sharp has given impetus to automobile introduction in the early twentieth century. conveyor (H. Ford). 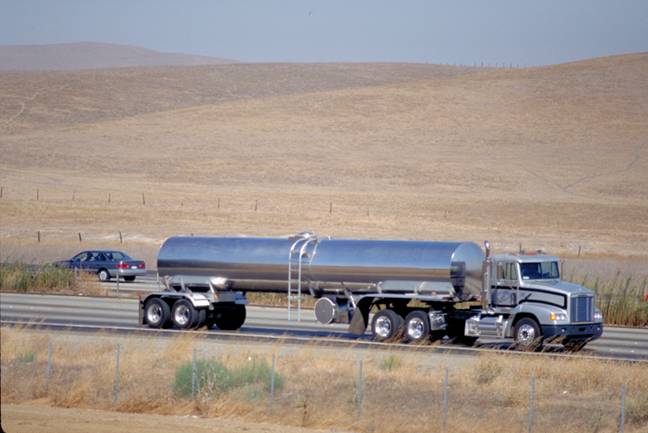 Pipeline transport - transport associated with intensive development of energy and chemical industry. Development began its  1963, when Pennsylvania (USA) was built first in the world  pipeline. In the late nineteenth - early twentieth century. Oil appeared in  all countries where the extracted oil. The rapid growth of oil falls to 50-years of the twentieth century. when core fuel  the world has oil. At that time, countries that possess oil reserves rapidly increased its production, while countries that did not have stocks increased demand for it.

The era of intensive construction of gas come later - in the 80  twentieth century. Today the longest network of oil and gas pipelines and have countries that produce carbohydrates and consuming countries of the raw materials.

Construct and operate pipelines in the Mediterranean Gulf of Mexico, North Sea. Pipeline transportation dynamically evolve because there is a need in the transportation gas, oil extraction from places to places of consumption. 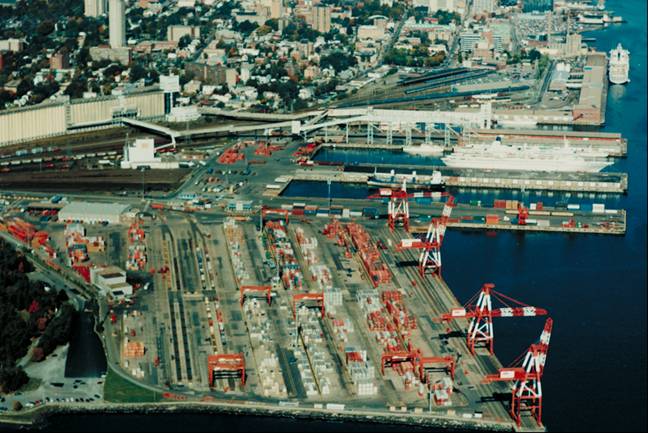 The area to the most intensive maritime traffic usually becomes a region which has the highest level. Thus, in 70 years of the twentieth century. in connection with rapid development of Asia Pacific "center gravity "of shipping a move from the Atlantic Ocean in Pacific: its cargo turnover increased the ports of Japan, South Korea, Singapore, China, Taiwan. 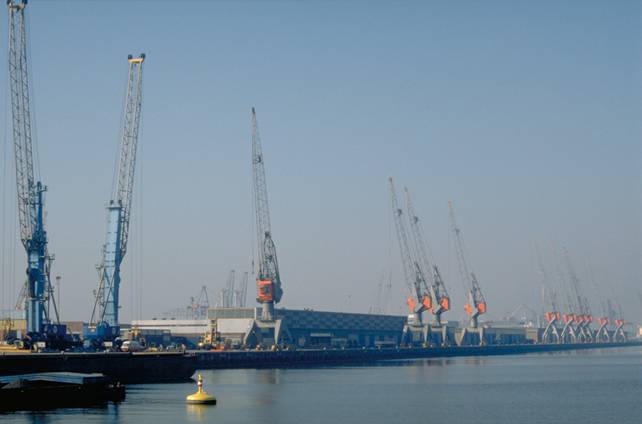 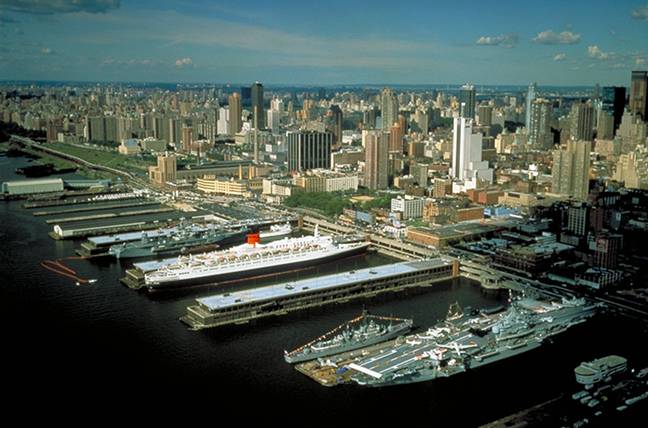 Inland water (river and lake) are used as transport in  within the country and for international transport. In his position affect the natural features of the territory - the presence of navigable rivers and lakes, and artificial channels and reservoirs. Today, most goods and  passengers rivers, lakes, canals carrying in North (U.S., Canada) and Europe (Germany, Netherlands, Belgium, France). Under the most intensive use for shipping River: Mississippi River tributary of St. Lawrence in North America; Rhine  Knave, Meuse, Elbe, Danube, Oder, Vistula, Seine, Loire, Garonne, in the Rhone Europe. Among other countries than highly developed domestic Water transport in Russia and China.

Air transport began to develop only on the border of the nineteenth and twentieth centuries. He is far the largest fast, but nayvartisnym mode of transport. It has large importance for international traffic and for countries with a large territory. Among individual countries on the development of air transport emit USA. They have not only the largest airlines, but also the most powerful fleet (3 / 4 aircraft developed countries). The U.S. is the largest airports (at Atlanta - Hertsfild, Chicago - O'Hare, Los Angeles). In  Europe's largest airport is the United Kingdom (London - Heathrow) Germany (Frankfurt / Main - Rhine-Main), France (Paris - name Charles de Gaulle). In Asia - Japan (Tokyo - Haneda). Comparatively high level of development of air transport has reached the UK, Japan, Germany, France, Brazil, Russia, Italy, Canada and Australia. The largest number of passengers per year make the airports of Atlanta, Chicago, London, Tokyo, Paris. 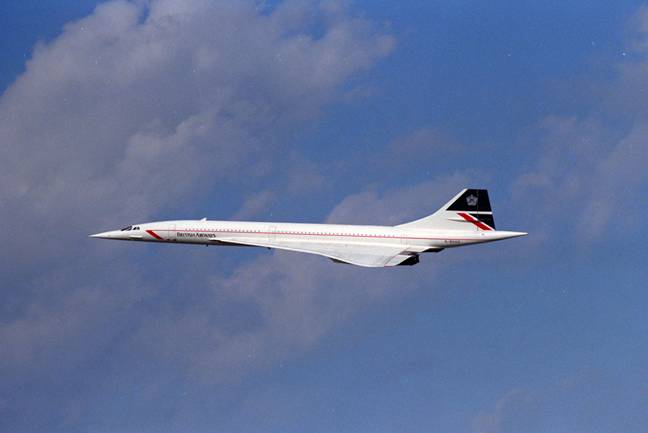 Franco-British Concorde - the world's only supersonic passenger airliner, which carried out during 1930 transatlantic air

Air transport will be developed through the improvement and modernization of rolling stock, increasing the speed of transportation.

Connect. How fair is considered one of the most important sectors world economy, which provides the transfer, receive mail, telephone, telegraph, radio and other communications.

Methods of communication have changed with the development of science and technology. In the mid-seventeenth century. France became a regular work Postal Service, and in 1840 the UK had the first post mark. In addition, in the nineteenth century. invented new technical means communication: the telegraph (1832), telephone (1876) and radio (1895). In 1914 launched its first radio station in the world "Lokren" (Belgium). In 30 years of the twentieth century. telephone cable was laid along the bottom Atlantic Ocean, thus was a direct link between Europe Yi America. In 30 years of the twentieth century. the world market come television. In 1940, television was only in 6 countries, and now it operates in almost all countries.

The first effective electric communication was the telegraph. Two-way communication through a telephone. Radio made the connection without networks of wires, for use moving subjects.

The development of communication satellite as an influence. Satellites placed in geostationary orbit (orbit Clark - 36 thousand km above the equator). One such satellite that "hangs" over the earth surface (rotating at the same rate as the Earth around its axis), provides the reception of a third of Earth's surface that it can be seen from  space. Satellite communications today satisfies 2 / 3 of world communication needs. Rapidly growing global telecommunications market services. Becoming more common communication over the Internet.