National Holiday: Day of the Declaration of Independence of Russia (12 June)

The surface of the country has a complex structure. Overall surface area predominantly flat - up to 70% represent the plains and plateaus.  Most of the European territory of Russia is located within East European Plain. In the south - the northern slopes of the Caucasus, in northwest - Mount Hibiny. To the east of the Urals - the West Siberian plain surrounded by mountains in the south of Southern Siberia (Altai, Sayan Mountains Baikal, Transbaikalia). Between the Yenisey and Leno located Srednosybirske plateau, between Leno and the Pacific Ocean - and ridges Highlands North-East Asia. East of the country belongs to the seismically dangerous. On the Kamchatka Peninsula is located 120 volcanoes, 23 of them are  applicable. Geographically the country geographically and can be divided into three large natural regions: the European part, Siberia, the Far East.

Most of the country's territory lies in the temperate zone. Climate  changes of the sea in the far northwest to the sharply continental in Siberia and monsoonal in the Far East. Average January temperatures from 0 to-500C, July 1 to 250S. Annual precipitation from 150 to 2000 mm per year. In many parts of Siberia and the Far East - perennial frost. Within Russia recorded the lowest temperature Northern Hemisphere: 720S-in area of

The country has significant reserves of water resources. On its territory there are  More than 120 large and small rivers, most of them are Lena, Irtysh, Yenisei, Ob, Volga, Amur, North Dvina, Pechora, Kolyma, Don, the largest lake - Caspian, Baikal, Ladoga, Onega, Hanka. Most rivers are shipping, the total of shipping is more than 400 thousand km.

From north to south in Russia located natural areas:  arctic deserts, tundra, tundra, forests (taiga, mixed and deciduous), forest-steppe, steppe, semidesert. A large area Russia occupied by coniferous forests, which are divided in species composition of svitlohvoynu (pine, Siberian larch and daurska) and temnohvoynu taiga (spruce, fir, cedar pine). 2 / 5 of the country covered by forests, it is - the largest forest resources in the world. In many parts of Siberia and the Far East - the permafrost.

Population. Russia - a multinational state with colorful ethnic and religious composition of the population, 80% of which are Russians, but they live in the country of 156 people, most numerous of them - Tatar, Ukrainian, Bashkir, Chuvash, Chechens, Germans, Belarusians, Kazakhs, Jews, coma, Buryatia.

Main religion - Christianity, many believers - Orthodox (90%) are Muslims, Buddhists and others. Many people  - Non-believers and skeptics (the consequences of over seven decades of atheistic of Soviet power). The official language is Russian, its people  speak over 100 languages 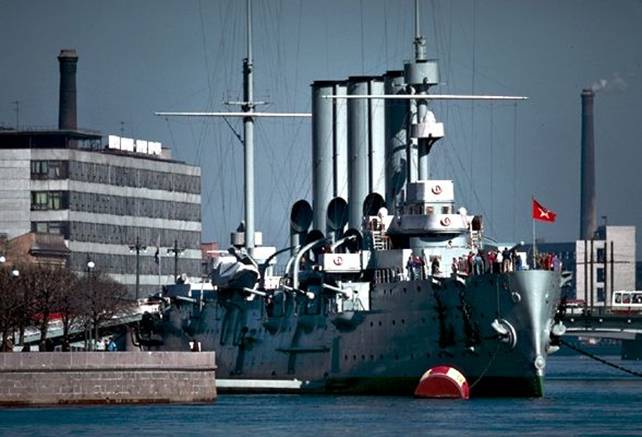 The largest urban areas of Russia are Moscow, St. Petersburg, Yekaterinburg, Nyzhnonovhorodska.  Three of them (except Yekaterinburg) is located in the European part country. Agglomerations concentrated in a core scientific, cultural and industrial potential of the country. 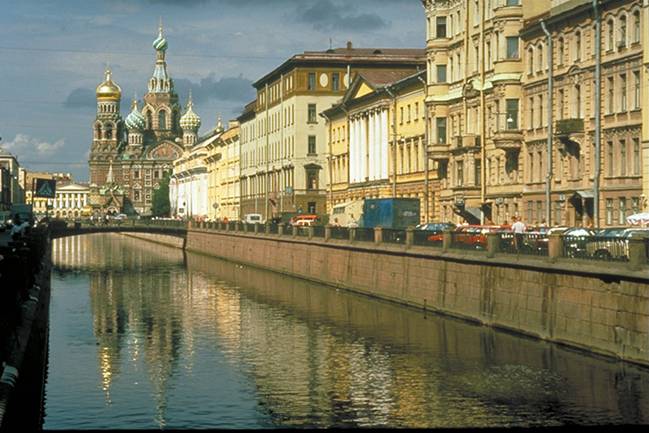 Rural population posted to the country as  unevenly. Most of the rural population - in the steppe and forest-steppe zones with the best conditions for rural development economy. In southern European part of almost half the population lives in villages.

Almost 70% of the country make little use for living areas Far North and similar, where there are no more than 8% population.

Ekaterinburg (from 1924 to 1991 - Sverdlovsk), city on the eastern slope of the Middle Urals, the banks of the river Iset, Tobol River tributary. A large knot of iron and highways, airports and has 2 Subway. The city was founded in 1723 associate of the Russian tsar Peter I, the historian and statesman Basil Tatishchev as Mining, cultural and shopping center in the Urals.

Novosibirsk (from 1903 to 1925 - Novonikolayevsk), the city of southeast of West Siberia, on the banks of the river Ob. Node rail lines and highways, river and airport are all underground.

The city is the Siberian Branch of Russian Academy of Sciences, Novosibirsk State University Agricultural and Technical University,  Medical Academy, conservatory and more. The village is Krasnoobsk Siberian Branch of Russian Academy of Agricultural Sciences in Village Koltsovo - Scientific-Production Association "Vector", which deals development of fundamental and applied aspects of biotechnology. At 28 km. on  south of the center located in Novosibirsk Academic town complex of research institutes, homes, public utility.

Samara (From 1935 to 1991 - Kuibyshev), the city of left banks of the river Volga. Samara fortress was built in 1586 for Health Volga trade route, in 1600 there was arranged Customs and marina. Today Samara - a significant transportation hub with dense network of railways and highways, are river port, Airport Subway.

Russia inherited about 60% of the powerful economic potential Soviet Union. For the country's economy is characterized by complex diversified structure with a predominance of industrial production, branched agriculture, a strong own mineral raw material base, developed scientific potential security personnel qualifications (in Russia are more than 450 state universities, including 40 universities).

Industry. The market economy is based on the powerful mining industry and energy sector.

In terms of oil country ranks third in the world. West Siberian and Volga-Uralskij petroliferous region give the country more than 350 million tons of oil per year and over 600 m3 of gas (second place in world). Kuznetsk, South-Yakut, Pechora, Kansk-Achinsk, Neryunhrinskyy pools give more than 300 million tons of coal.

Hydroelectric powerBuilt during the Soviet power, negatively affecting the environment. Most of them formed a large reservoir, removing large areas of fertile land placed on these settlements, historic landmarks and architecture. Over  trillion kilowatt hours of electricity produced cascades of powerful hydropower plants on the Volga, Kama, Angara, Yenisei. About 70% provide powerful energy power plants in areas of mining hard and brown coal, oil (Urals, Kuzbass, European part of Russia). There are Kursk, Voronezh, Leningrad, Komsomolskaya and other nuclear power plants. Unified Energy System of the country together Energy Systems Centre, North West, Volga, North Caucasus, the Urals, Siberia and Far East. In addition to traditional in Russia using wind, forced, geothermal energy. Except Kuril-Kamchatka zone, thermal energy is used to heating in the North Caucasus, Buryatia, Tuva and more.

Iron and steel based on their significant of iron (the Kursk magnetic anomaly field Urals, West Siberia - more than 80 million tons) and manganese ore and coking coal. Steel melting is about 60 million tonnes, 40 million tons of pig iron. The largest plants are in Magnitogorsk, Chelyabinsk, Nizhny Tagil, Novokuznetsk, Cherepovets, Lipetsk, Krasnoyarsk, Yekaterinburg,  Stary Oskol, and others. In general, in Russia there were three steel base, which became the basis of a powerful widely branched Engineering:

Non-ferrous metallurgy based on their holdings of non-ferrous ores and cheap electricity:

EngineeringBased on such a powerful steel base is sufficiently diversified. His company oriented to the production of metal on the availability of skilled labor  resources and research capabilities or a consumer of finished products.

Mechanical Engineering, which received significant development in times of royal Russia, traditionally the most powerful in the European part of the country on Urals and Kuzbass. 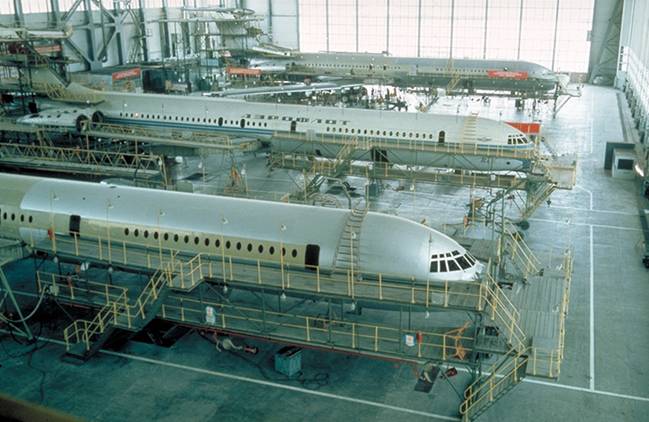 Military-industrial complex belongs to the medium machine-building and is based in the Urals and Central Russia.

In the presence of highly qualified personnel and scientific base oriented electrical engineering, radio engineering, electronics and manufacture of computers, robotics, biotechnology. These production are located in Central Russia - Moscow, St. Petersburg, in the Urals - Ekaterinburg in Siberia - Novosibirsk.

About 65% of the country located in the area of

Agriculture Russia clearly has a zonal specialization. Over 60% of gross agricultural production makes animal husbandry, agriculture accounts for about 40%. In the structure of livestock dominated by dairy and meat and dairy cattle (steppe zone) and m'yasoshersne sheep (southern steppe, mountain areas), dissolved horses (tabunne maintenance in Buryatia, Yakutia in the south and on the basis of stud to stud), pigs, poultry and so on. In the tundra breeding deer in the Altai - Maral and goats in the mountains of Tuva and Buryatia - yaks.

Agricultural land consists of arable land, hayfields and pastures.  More than 4 / 5 of arable land accounts for Central and Central Black Earth areas in the Volga region, Northern Caucasus, the Urals and Western Siberia.

Share of irrigated land - 4%, mainly the North Caucasus and Volga. Specialization has led to the development of agriculture food: meat, dairy and oil and fat, milk and dairy, confectionery and bakery, sugar, alcohol and brewing.

Transportation. Significant development has received all kinds of land, water and air transport. 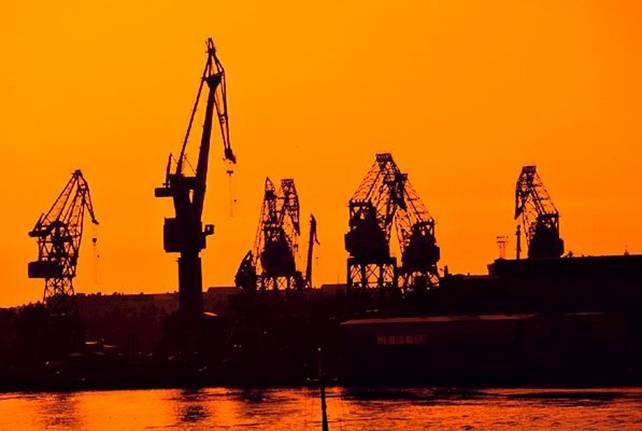 In Russia, more than 100 resorts. All-importance resorts on the Black Sea coast of Caucasus (Sochi, Gelendzhik, Tuapse, etc..) group of resorts of Caucasian Mineral Waters (Yessentuki, Zheleznovodsk, Pyatigorsk, Kislovodsk, where there are more than 130 sources, and stocks mud).