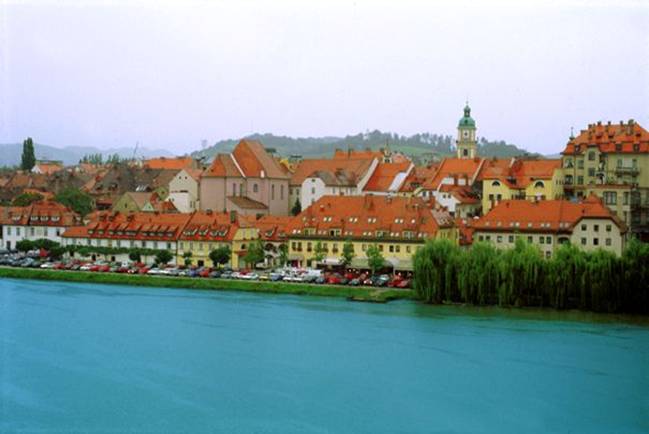 EGP and natural resources potential. Slovakia - vnutrishnokontynentalna typical Central European countries that do not proceed to sea. Land boundaries it has with Ukraine, Poland, Czech Republic, Austria and Hungary. Mostly mountainous country, most of whose territory is situated within the Western Carpathians (Herlahovski Shtit-in array of the High Tatras height 2655 m). In the southwest and east Piddunayska Potiska country and lowlands that are suitable for processing fertile land.

In the southwestern part of Slovakia, the Danube flows. Third Slovakia - a mountain areas covered with deciduous and mixed (on the southern slopes) and coniferous (on the northern slopes) forests.   Nadra country rich in coal and lignite, is oil and natural gas deposits of iron ore, copper, manganese ore, magnesite, mineral source.

Population. National composition of population relatively homogeneous. Most of the population are Slovaks - 84%; Hungarians - 11%, there are Czechs, Roma, Ukrainian, Polish, Jews and other nations. The official language is Slovak language, which belongs to the Slavic group of Indo-European language family. Also as a spoken used by Czech, Hungarian, Ukrainian and Polish language. Majority  population professes the Christian religion: Catholics, Lutherans, Calvinists, Orthodox.

The population in the country increased very slowly through low natural growth, the most populated areas of the country is flat,  The average population density is 110 people. per km2. About 60% population lives in cities, the largest of these is Bratislava, Kosice, Nitra, Pre

Bratislava, the capital of the state and the port on the Danube, a considerable cultural and Research Center. Archaeological excavations show signs of living here Celts back in the second - and art. BC In the I century. BC this place was founded the Roman settlement.

Kosice, the second largest city in Slovakia on the river Horn

The first written mention of the town common in 1230 is the first city Europe got its own coat of arms. In 1657 there was established University. Zzberehlysya unique architectural monuments: one of beautiful Gothic cathedrals of the world - St. Alzhbety (1378 and 1508), Museum Eastern Slovakia - a magnificent building in the style Neorenaissance (1899).

Economy. Slovakia has made significant economic reforms in recent years. Reformed taxation, the health health, pension and social security. Economic Reforms positively influenced the movement of foreign investments into the country, in addition provides financial assistance from the IMF.

Slovakia - industrial-agricultural country GDP capita which is 16 110 $. 4% of the working population engaged in agriculture, 39% - in industry and 57% in  services. The main wealth of the country are coal, wood and rekreatsiynы resources. The composition of GDP agriculture gives 2.6 %, Industry - 33.4%, services - 64%.

Transportation. There were developed almost all kinds  transport than the sea. Rail, road and pipelines are also national, and even transit value. Developed navigation on the Danube. Main ports: Bratislava and Komarno. In the capital, international airport.