Australia, the smallest continent of the Earth, located in the eastern part of the southern hemisphere. Its area of islands is 7687 km2.

Australia washed by the Indian and Pacific Oceans. Near its north-eastern coast is the largest on the planet Coral formation, the famous Great Barrier Reef, which stretches over 2000 km and a width of 150 km.

average height of the mainland less than 300 m, the largest - G. Kosciuszko (2228 m) and the lowest - level of Lake Eyre (-16 m from sea level). In the western continent is the Western Australian plateau, formed in Precambrian platform. East of the Plateau - the structure of the Paleozoic platform more young, portions of which were formed in the era of Baikal, and hertsynskoyi Caledonian folding. At the heart of the Central Lowland - Paleozoic plate covered platform cover. Great Dividing Range is the result of processes horoutvoryuvalnyh era and hertsynskoyi Caledonian folding. In the south of the Central Lowland is the mountain increases, which emerged in the era of the Baikal folding. In the South East Great Dividing Range is called the Australian Alps through the scenic landscapes and some similarities with the European Alps.

Much of the continent is occupied by deserts. River system developed weakly. Almost 60% of the continent - a closed area where only reach dry rivers - Creek , which are filled with water only after the infrequent rains.

largest in Australia for long - by Darling (2740 km), the most affluent - R. Murray (2570 km). South-western Australia - a land of small lakes (most of all - Air), but they are all salt. So important are available here significant reserves of groundwater. On the mainland there are no high mountains of youth, so there are no volcanoes and modern glaciation.

Australia almost in half dividing line of the Southern tropics. Therefore it is very warm and dry continent. It is influenced, along with other factors, heat flow. Under conditions of warm water coral reefs are formed (Timorske, Arafura, Coral Sea). The southern coast of mainland cooled flow westerly winds, and south-west - the flow formed near Antarctica. 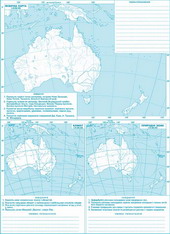 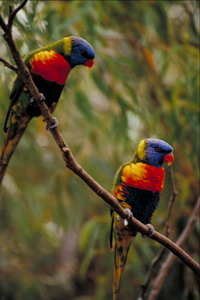 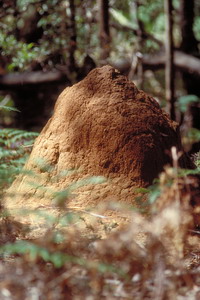 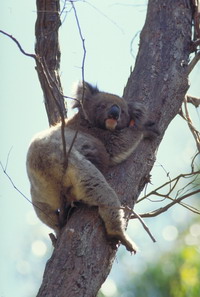