On the continent there are 12 states and one dependent territory (French Guiana). All of them belong to developing countries.

undisputed regional leader, is Brazil. This country in terms of GDP of the ten world leaders, have strong positions in its export of cars, weapons and military equipment, ships and aircraft. This country - one of the richest in natural resources of the world: here produce 50 types of minerals, one of the largest area of arable land, huge water, hydropower, forest resources. However, the industrial structure of the economy is not quite perfect.

Most of the continent - the agro-industrial, with a predominance of monocropping agricultural development and mining industry, although recently a leading role in the economy of the region goes to manufacturing.

Among the leading agricultural producers Argentina and Colombia and Venezuela - among the world leaders to grow and export bananas. Venezuela belongs to Organization of Petroleum Exporting Countries . Chile occupies a prominent place among countries producing non-ferrous metals.

For Countries typical general shift in economic activity to the ocean shores and exaggerated (excessive) increase the role of capital cities as major national territories.

are many unresolved socio-economic problems. On the development of the region negatively reflect factors such as falling oil prices, the financial liabilities for the Group of Seven countries. Particularly difficult for some countries were 80 years of XX century. When they embarked on a difficult political and socio-economic transformation in order to democratization of public life, developing a competitive economy and integration into the global economy.

Fighting poverty, fighting drug trafficking, and integration of economies into the global economy - the main task facing the mainland countries. 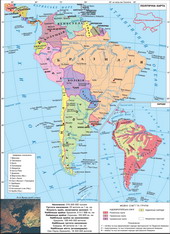 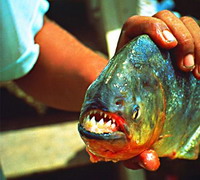 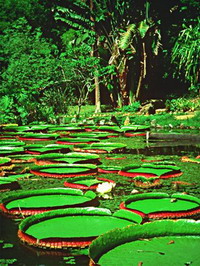