On the development of Asian countries are very different. This region is Japan - the second (after USA) in the economic potential in the world. The state is well developed all industries, but is a leading high-tech engineering, metalworking, electronics manufacturing, automotive and shipbuilding, chemical industry. For the share of expenditure on science Japan has a leading position among developed countries. As for the number of researchers dominated Germany, Britain, France combined.

Special place is occupied by India in Asia and China. These giants have in the past decade some of the highest levels of economic development, in terms of gross domestic product in the group of world leaders. Although in terms of GDP per capita are still far behind developed countries, the achievement of these countries in recent years is impressive. Significant development is also becoming high-tech industry, but China also has its own manned space program, is a world leader in coal mining and iron ore, steel production, TV sets, etc..

These once backward country due to successful modernization of the economy today supplying the world market modern cars, consumer electronics, clothing and other quality products.

Separate group highlighted the Gulf states. In this region together with Russia accounts for the lion's share of the proved reserves of oil and gas. That investment in the oil and gas industry helped some of the Gulf (Kuwait, Bahrain, Qatar) for the standard of living closer to the most developed countries.

Important role in the economy of most Asian countries agriculture plays. A huge variety of sizes Asia and climatic conditions here formed mottled structure of agricultural production: from olenyarstva fisheries and forestry in the north to grow exotic tropical plants in the south.

However, due to the high population density, vast mountain ranges and deserts in Asia very acute problem of lack of suitable land for agricultural use. In addition, the agriculture of the region used to achieve very low agricultural science and modern technology. Production here is mostly archaic methods and its effectiveness is low. Consequently, a number of countries in the region periodically faced with the problem of its own people's food. 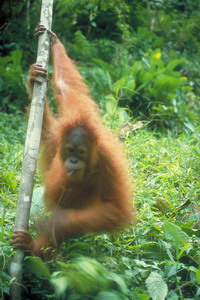