2.     From which the ancient continent Australia broke away?

Australia remote from other continents. Only north through the islands is close to Asia. This isolation affected of its nature, obumovyvshy exceptional originality and vegetation fauna. The end points of the mainland to the north is Cape YorkOn South – South East CapeTo the west - Stipe Cape Point, in the east - Cape Byron.

In northern Australia washes Arafura Sea,  from the east - Coral and Tasman. All have warm water promotes coral. Yes, the Coral Sea extends Great Barrier Reef - unique coral ridge of underwater ridges and small islands long 2300 km and a width of 150 km. This is the largest in the world of coral accumulation. He covering almost 3 thousand reefs and 300 islands. Its total area is about 350 thousand km2Higher than the area of Great Britain. In this unique underwater world live 400 species of corals, 4000 species of molluscs and 1500 species. It is surprising that the "creators" almost 10 meter long coral structures - tiny polyps. Reefs are very dangerous for ships. However, they assume strikes and threatening ocean waves extinguish their gigantic power. 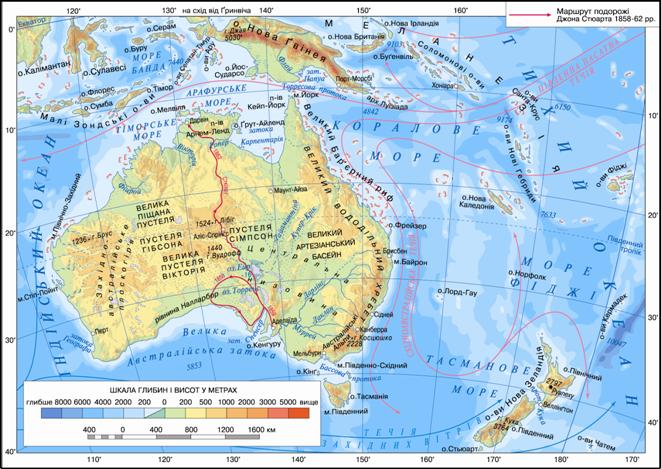 1.     Determine the coordinates of the endpoints.

2.     Calculate the length of the continent from west to east and from north to south.

3.     Which oceans are Sea washed by the shores of Australia?

4.     Search for geographical names associated with the names of researchers in Australia.

6.     Which of the mountains in height are Mountains of Australia? 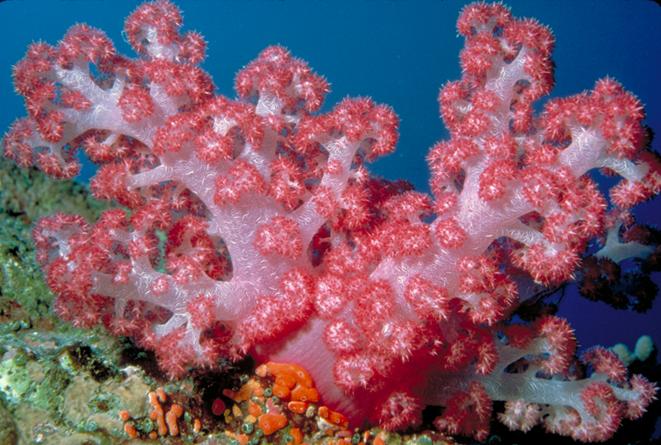 Fig. In waters off the Great Barrier Reef

HISTORY Discovery and Exploration. Through remoteness of Australia from major sea routes, it became known later for all Europeans inhabited continents. It took nearly 15 centuries to the epithet "unknown" South mysterious Earth, about which Ptolemy wrote in the second century. was lost, and area, generously given to the ancient geographer, became the real contours mainland. You already know that Australia were the Dutch explorers mariners. Willem Yanszon in 1606 reached its northern coast. Not knowing that this continent, he hastened to leave open the banks that he seemed very cool. Later Abel Tasman came to Australia with South and found that it is - an independent continent.

At that time all this information kept secret. So attributed to the opening of the mainland and the famous English navigator James Kuku. In 1770, he got to his east coast and read British open land holdings. Then began the colonization of Australia, accompanied by seizure of land and the destruction of the indigenous population.

The first floats dovkruzh Australia only in the early nineteenth century. English explorer Matthew Flinders. He proposed to rename it from New Holland (so called Dutch mainland) Australia. All of the nineteenth century. Australia was for a century of research and geographical discoveries. Englishman Robert Burke first crossed the continent from north to south. Many studies have been associated with the search for pasture and water for cattle, and later - from finding mineral deposits and roads.

Geological structure. Australia, like Africa, and was included of the ancient Gondwana. In its based on the ancient Precambrian Australian platformThat is part Indo-Australian lithospheric plates. Bedrock platform on the west, north and the central part reaches the surface, forming shields. In the rest of offset by a strong foundation for a cover of sedimentary rocks.

In the east of the mainland due to the platform horotvorchyh processes were connected region foldingWhere the crust folds in ere. As a result of movements of the earth's crust - opuskan and uplift -  from Australia isles of New Guinea and Tasmania.

RELIEF. Australia - the lowest continent: almost half of its surface is exceeding 300 m. As in Australia is based on platform, in relief dominate the plains of varying heights. Most of the continent is Zahidnoavstraliyske plateau. It has leveled monotonous surface with average heights of 300-500 m. However, in areas where the panels are among plains and inselbergs rise plateau - the remains of surface shattered long weathering.

Central Lowland, Which lies in the trough of the mainland, the lowest part of Australia. Its height does not exceed 100 m above sea level. And in the center she even concave and lies 12 m below the ocean.

Along the East Coast stretches Great Dividing Range, timed to the orogen. These are the older, heavily destroyed mountains, broken into separate array of dome-shaped peaks. Their average altitude is 1000 m. The highest terrain situated in the south, called Australian Alps. It is there and the highest point of the mainland - g. Kosciuszko (2230 m). The western slopes of the ridge and gradually sloping pass into the plains of East - abruptly break toward the ocean. Here and there where cones remain extinct volcanoes. In contrast to Africa, in Australia there is no high mountains, no active volcanoes or glaciers. There is no and earthquakes. 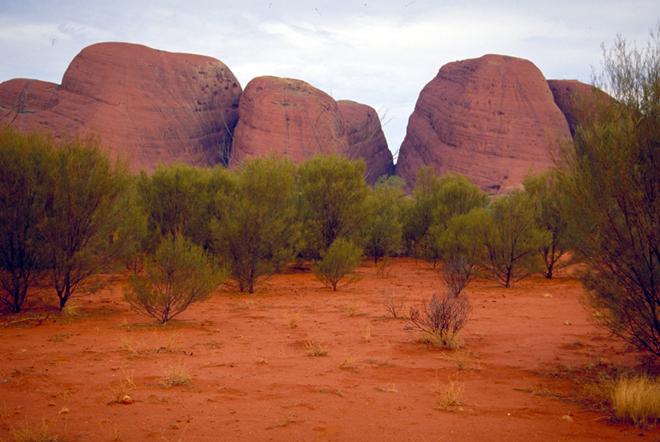 USEFUL Resources. Australia is rich in various minerals. In magmatic and metamorphic rocks foundation platform deposited iron, copper, lead, zinc ore, gold. With reserves of iron ores and ores of nonferrous metals and uranium, Australia is one of the first places in the world.

In sedimentary platform cover rocks and foothills timed deflections nonmetal deposits resources. Natural stone and brown coal are concentrated in the east of the mainland. Oil and natural gas extracted offshore mainly in the west and east. In found in the northern part of the world's largest deposits of bauxite - the raw material for aluminum production. 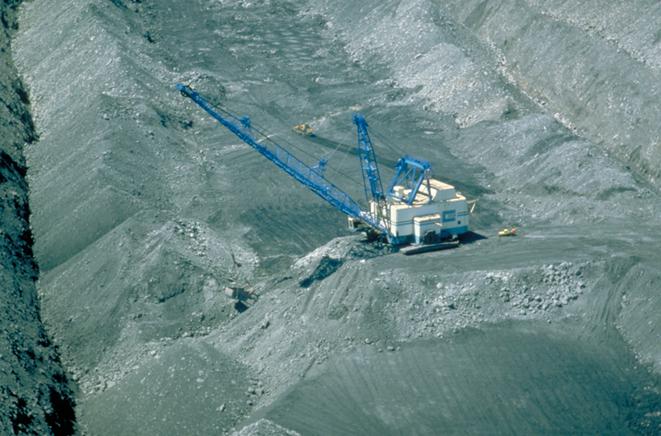 Fig. Coal mine in Australia

1. What are the peculiarities of geographical position Australia? How are they related to the peculiar nature of the continent?

2. Who first reached the shores of Australia?

3. Compare the topography of Australia and Africa, and set similar and different features.

4. How to explain that of all the continents only in Australia no high mountains, volcanoes and glaciers.

5. What are the patterns of mineral deposits in Australia?

a) check and sign the name of extreme points Australia;