1. Remember, as can influence the development of the country natural conditions.

BRAZIL. This is the largest by area and population of South America. It is so large that it borders almost with all countries of the continent. In the past, Brazil was a colony of Portugal, and now - The most developed and richest country in the continent. Name Brazil derived from tree Pau-BrasilFrom which the first Portuguese settlers made a bright red paint. Interestingly, Amerigo Vespucci times in Brazil is called "Country, where many wild monkeys" and "country of parrots. In light hand Vespucci got the name and first capital of Brazil. When his ship cast anchor in Gulf, he mistook it for the mouth of the river flowing and called Rio de Janeiro – River of January, as happened in January 1502 Then came the name and the city.

Nature vast country is diverse: on one side of it - Amazonia - the realm of moist equatorial forest, on the other - Brazilian plateau with savannas and woodlands. Amazon Forests - Source valuable raw materials: wood, used wood industry; Geva juice from which to obtain natural rubber, nuts - food security products, medicinal plants used in medicine. Other wealth Amazon - water. The world has no place in middle of a river system, than pool the great Amazon. Brazilian Plateau - "iron heart" of the country - the main industrial district, where the mined ore ferrous and nonferrous metals. Rivers Brazil is rich in hydropower. In the Paran

Majority populationspeaks Portuguese and lives in cities. Rio de Janeiro - city-symbol of Brazil, it is considered one of the most beautiful in the world. Brasilia - The current capital, built 50 years ago in the geographical center of the state. Sao Paulo - The largest industrial city, not only Brazil but also throughout South America. In household population reflected the traditions and customs of the Portuguese, Indians and Negroes. The Portuguese brought the new native language and its architecture. From the Indian population borrowed skills weave mats, hammocks, bags and even the roofs of the houses in the villages. Since the influence African culture-linked holiday carnivals - annual mass parade of colorful costumes, masks, dances and street procession. Traditions of the event came from a few days of rest, which sometime after the harvest got Negroes slaves. Brazil is home to 300 thousand Ukrainian, who retained their language.

Brazil - the country developed Agriculture. This is supported by environmental conditions: favorable for growing different crops equatorial and subtropical climate and fertile soils. Many crops grown specifically for sale to other countries. Yes huge plantations of coffee and cocoa are busy, the production of which Brazil is world leader. It is also one of the largest suppliers of sugar, bananas, sisal. For auxiliary grown corn, wheat, beans and others. In the savannah and steppe regions bred cattle and sheep.

Brazil - Country flowing rivers and large marine state, so important types Transportis water. Everywhere, even in remote areas of Amazonia, are laid roads. Brazil - South American leader in the development Tourism. Every year thousands of tourists flock to Rio de Janeiro look at the districtayyaskravishyy in the world carnival during which the streets filled with singing and dancing inflammatory dance samba crowd.

The most popular sport in Brazil is football. Brazilian football team - five time world champion, and Brazilian football player Pele (Edson Arantes Do Nascimento) - one of the world three times World Cup champion acknowledged as the best sportsman in the world  Twentieth century. 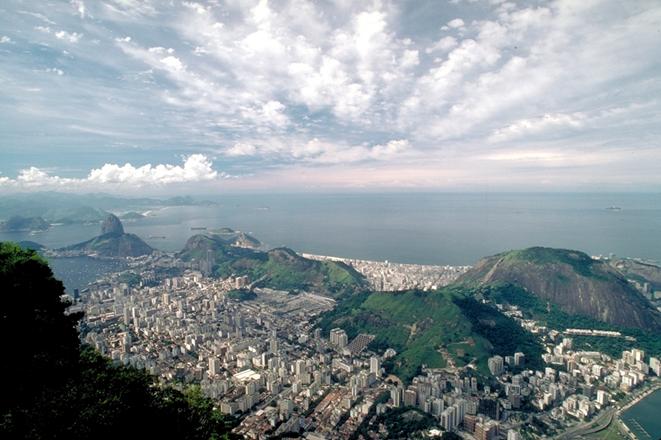 ARGENTINA. Early Hui century. Spanish conquerors called the territory of Argentina La PlataThat translated as silver. The new state that emerged in 1826, was named Argentina - From the Latin Argentum- Also silver. But money is not there turned out. Argentina's greatest riches are not precious metals, and great pastures and fertile land.

This second area of the country South America, covering the entire southeast of the mainland. Within three centuries it was a Spanish colony. The great size of the country causing different nature: in the north - heat, ice in the south looms Antarctica, the Andes rise in the west and the east lie vast steppe Plain.

Among population Argentina Indians (Guarani, huahira) little and they live in remote areas. On Unlike other countries in South America in Argentina many generations not only Spanish settlers, but also Italians, Englishmen, Frenchmen, Russians, Ukrainian who arrived in the early twentieth century. with a new wave of migration. Official language is Spanish. Most people living in urban areas located on coast. In the capital Buenos Airesfocused third of the total population. There are many buildings, built in the French style, so it is often called the "Paris of South America. Interestingly, founded the city and port  Spanish conquistador Pedro de Mendoza in 1536, on the coast of the Gulf calling them respectively Ciudad de La Trinidad-Santyssima – city of the Holy Trinity and Puerto de Nuestra Se – Port St. Mary Our Lady of good winds. Over time, city and port have merged into one whole and their names were connected. Of course, using such an enormous number of names have been uncomfortable, so from her left only the last two words - Buenos Aires – good winds.

Rural population is always were few, not without reason of Argentina said that it was agricultural country without farmers.

In economic respect Argentina is a developed country in South America. Among the areas Industrydistinguished engineering - automotive and shipbuilding. Mining extract from the bowels of oil, natural gas, coal, ores of ferrous and nonferrous metals. At their base is oil refining industry and metallurgy. Well developed food, especially meat processing, and light industry - textiles, leather and footwear.

Agriculture provides products that are main source of Argentina. Developed a large sheep breeding and breeding cattle turned the country into the world's largest producer of wool and meat. In the north on the plainsGran ChacoDominated by the tropical climate, grow cotton, citrus fruits, rice, tea. Domination in Pampa grass vegetation make it ideal pasture. Previously lived there only hunters and gauchos - fine riders (Fig.). Now they live in small manor-farms (ranches) and work on livestock farms. All life they spend in the saddle, going round the huge herd. Pampa - this area boundless fields of wheat, corn, sunflower. Overall in the region produce 90% of all agricultural country. Semidesertic PatagoniaThat obduvayetsya winds suitable for grazing sheep. Piedmont Andescovered with citrus plantations and vineyards. 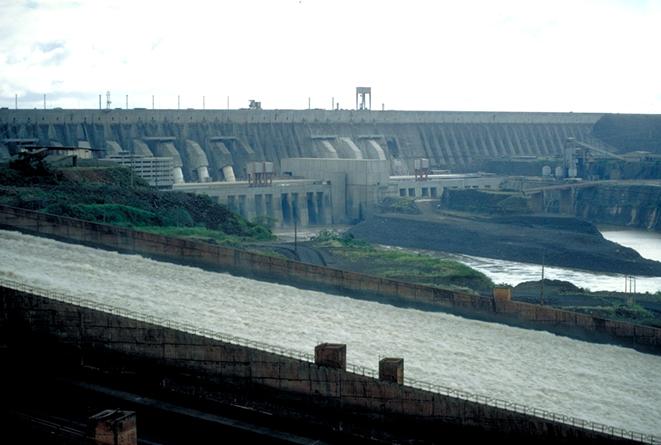 1.       Compare the geography of Brazil, Argentina and Peru.

2.       Name which is rich in minerals Brazil. What it allows us to develop industries?

3.       What types of livestock developed in Argentina? What grow crops there?

4.       Name the largest city of Brazil, Argentina, Peru. Where are they concentrated?

PERU. The area is the third country mainland. Unlike Brazil and Argentina, it has access to the Pacific. Peru - a country of ancient civilizations, sometimes called the Archaeological Museum South America. Name Perucomes from the river Whirlpool or Piru, Which probably means one of Indian Languages river. Name the capital Lima similarly derived from distorted name River Rimak.

Nature the country is very contrasting: dry coast and humid Andes Selva separated by a wall, along with fertile valleys - barren desert. Because the entire country stretches along the ocean Costa - ribbon arid coast. The climate there is hot and dry. On the irrigated lands grow there sugar cane and cotton. Sierra - mountain areas, which accounts for a third of the country and home to half total population. Tableland covered mountain meadows and steppes. It's - beautiful pasture for cattle, sheep and domesticated llamas and alpaca. There growing potatoes, corn, and more low mountain areas - coffee, cocoa, tea. Mountains are rich in nonferrous metals ores, including reserves for special place occupied by copper. East Peru busy Selva - Endless forests, among which rolls its waters and Amazon its numerous tributaries. Rivers serve as the roads here. In the Amazon is River Port Iquitos - The highest point, which reach the ship. The forests being harvested wood, collecting juice Geva. In Peru there are earthquakes.

Half populationSpanish-speaking countries are Peruvians, and the rest -  Indian peoples (Quechua, Aymara, etc.).. Therefore, in Peru two state languages Spanish and Quechua. Indians living mostly in villages. Peru - Country ancient Indian civilizations. Even before the Incas have built their state, there were already about ten civilizations, causes of death are not unraveled today.

Development Economymake it difficult natural conditions: on the coast is not enough water for irrigation, whereas in the eastern part prevents its excessive, so you need drainage. Mining industry also produces copper ore and lead zinc, gold and silver. Minerals exported to other countries. In her basis is also developing its own non-ferrous metallurgy. Electricity produced by hydropower plants. Peru - Country-fishing worldwide, including the coast large enterprises are located, where processed sardines and anchovy. Various agricultural products exported to other countries - coffee, cotton, sugar, wool sheep and llamas. 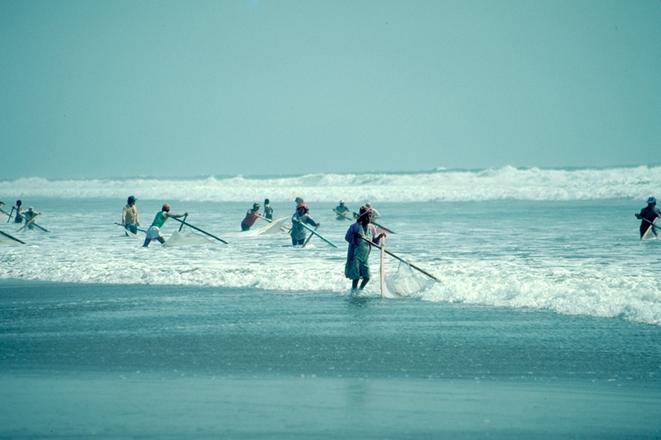 1. What natural conditions and natural resources helped transform Brazil into an economic leader of South America?

2. In manufacturing products which Brazil is a world leader?

4. What natural wealth of Peru used for industrial development and rural economy?

5. On which areas can be economic relations of South America and Ukraine?