The territory of East Asia stretching thousands of kilometers along the Pacific Ocean.

CHINA. Name China derived from the word China - The so-called group Mongol tribes living in the north. In many countries, China referred to as Sycamore - From the name of the kingdom Qin, that existed back in ancient China.

China - one of the oldest countries in the world, history which has more than 7 thousand years. The country occupies a vast territory in the center and east Asia. Its shores washed by seas of the Pacific Ocean.

Nature China is very diverse. Arid desert in the northern and centrally changing wet lush forests in the southeast. Great Plain of China made kilometer river sediments. On the west tower giant mountain construction - Tian Shan, Kunlun, Himalaya. On altitudes above 4500 m lies upland TibetSurrounded by even higher mountain ranges. So true Tibet called the "Roof of the World and China -" Celestial Empire ".

In different places different climate vast country: the north and west - is sharply continental in the east - a monsoon. In the autumn of coast swoop typhoons. In the east summer monsoon brings heavy rains. They overflowing waters of the river and destructive floods. Yellow River nicknamed "China's sorrow". Proceeding from the banks, it not only fills with water settlement, but also captures their 3-meter layer of silt. China more than other countries suffering from the floods. In 1931, the Yangtze and Yellow River water, which burst their banks, zimknulysya and hundreds of bay thousand square kilometers of territory, claimed the lives of 3.5 million people. To protect flood along river valleys built earthen ramparts, sometimes in several rows. In China is all known minerals. Put some of them are extremely rich, particularly concentrated in the country half the world's reserves of tin and tungsten, third -  coal.

China - a country with the largest population on Earth. Despite the vast territory and complicated history of development, rather homogeneous population by ethnic composition: 93% is Chinese (Han). In western countries Tibetans live. The official language is Chinese. Most residents live in eastern China. There are concentrated and major cities, which in China than in any other country. However, most people live in rural areas.

In recent years, China shows the fantastic achievements in development of the economy. Now plays a leading role industry. In coal country entered the prominent place in the world. Coal and oil are used for the production of TPP electricity. Considerable development has received metallurgy: the number of steel that is molten, the country leads the world before. Smelt and non-ferrous metals: tin, tungsten, aluminum, copper and others. In plant variety developed industry. Enterprises producing to return, agricultural machinery, cars, tractors, ships, planes. China - producer of large-scale electronic goods, bicycles, watches. In the textile industry which produces cotton, wool and silk fabrics, China has a thousand-year experience. Traditionally, high level of development has porcelain-faience production.

У agriculture economy leading role belongs to agriculture. In the north, in temperate, grow soybeans, wheat, corn and kaoliang - the kind of millet, corn whose use in food. In the south cultivated rice on a specially filled with water areas - checks. Tamoshny climate allows you to collect 2-3 harvests per year. Rice is the staple food Chinese. In his collection of country ranks first in the world. Also cultivated sugar cane, potatoes and citrus fruits. Large areas reserved for cotton and jute. China - the birthplace of tea, for its production, he ranks second in world after India. Interestingly, the Chinese prefer green tea.

In animal China in first place in quantity pigs and the second after India - for cattle. Also bred horses, buffaloes, donkeys, sheep and goats, but in Tibet - yak. Over 4 thousand years in China developing sericulture and it is the largest world producer of natural silk fabrics. During peak fishing country as well leading company. 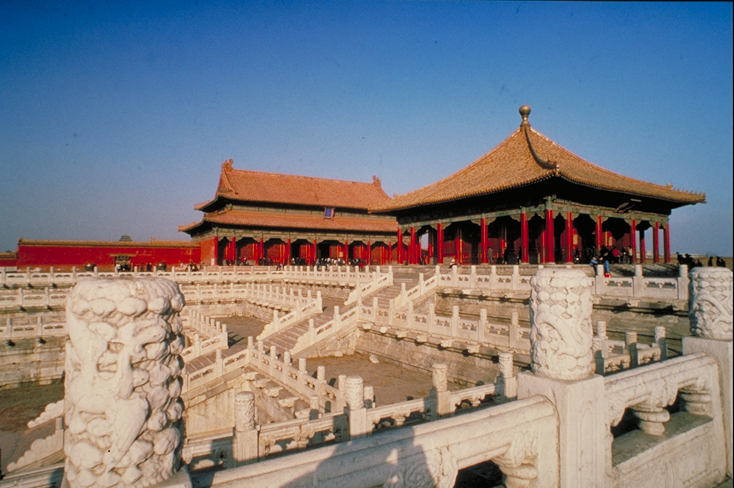 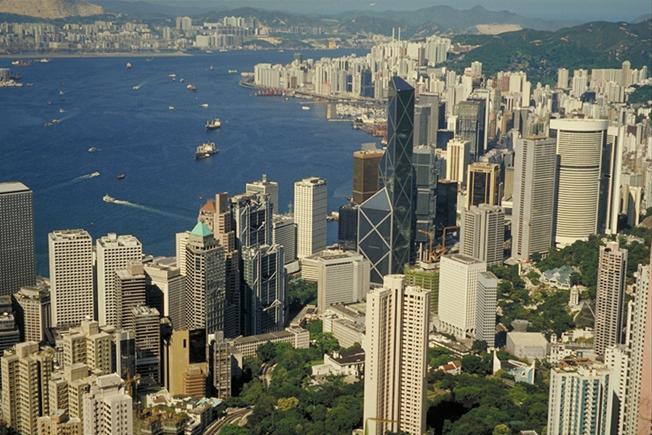 Rice - one of the oldest cultivated plants Lands an 8-year history. Along with wheat, he is the most important food plant world. Its use in food grains. Rice straw cover hyzh roofs, with her vast weave hats, shoes, mats, baskets.

Japan - island nation near the eastern coast of Asia, on a Japan archipelago. For a long time it was called "state-hermit" because insularity separates the country from the outside world. Such isolation contributed to the preservation of national traditions, but also economic braked development.

Nature. The Japanese islands have a junction of two lithospheric plates. Crust in this place is still active, because Japan is located in zone of high seismic activity. This is evidenced by frequent earthquakes and active volcanoes. Many times they inflicted great damage to the country. Japan - a record world by number of earthquakes. Every year in the country to record up to 1,5 thousand, the average to 4 aftershocks every day. Many bring disasters and tsunamis. These phenomena are for the Japanese now familiar. They learned to build earthquake-proof high-rise buildings, and children with childhood teaching guidelines earthquake. Plain line only narrow strips along the coasts. Instead, 3 / 4 of the country is mountainous. The highest peak - extinct Fujiyama Volcano.

Japan lies within two climatic zones - moderate and subtropical. In the current climate significantly affect: cold Kuril and heat Kurosio, Which makes it warm and moist. In northern winter cold with frequent snowfalls and snowstorm in the south - soft. Summer is hot and rainy. Japan lies in the way of typhoons. Hurricane winds, accompanied by heavy rains causing flooding and destroying crops, yield more damage than the earthquake. The country has many rivers. They are short and navigational, hydro-energy but are of great value - many of them built HPS. Almost all of Japan is forested, however, they significantly changed man. The Japanese love nature and protect it carefully.

Natural conditions are not favorable for Japan, lives and farming. Moreover, the country's economic achievements inspires respect to its people, who can resist the elements.

His minerals in Japan very few because most accounted for part of their import from other countries. Instead, the real wealth is highly qualified, absolute discipline and hard work is amazing Japanese. After World War II that Japan has lost, it Industry was destroyed. For a very short time, the Japanese managed to revive the country and to achieve such impressive success economy in the world spoke about the Japanese "economic miracle". The Japanese managed to efficient use not only their scientific and technological achievements, they borrowed other people's inventions and surprisingly effective use of their own economy. Now Japan has become a leader in the global economy.

Japanese industryhas a high technical level of production through automation computerization, the use of robotics. By producing many kinds of industrial products it holds first place in the world. On imported ore and coal is black and nonferrous metallurgy. The main feature of multi- Engineering - Production of high complexity. Japanese Cars can be seen on roads all over the world, and ship - all the oceans and seas planet. Advanced position and include the emission of audio and video equipment. Outside competitive manufacturing robots. Chemical industry produces fertilizers, artificial fibers, plastics, synthetic rubber, paints, varnishes. Forefront in world, is the emission of silk and synthetic fabrics and paper products. 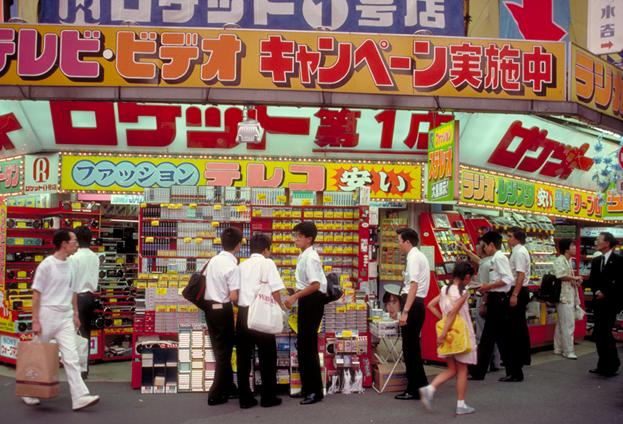 1. Describe environmental conditions China. How natural features affect the development of the country?

2. Give examples of impact geographical location of the business activities of Japan's population.

4.     From which industries are Japan world leader?

6.     Countries around the world. Asia: For children of secondary school age / Authors-compilers VM Woodrow Wilson and others. - Kharkiv, Folio, 2006.