§ 1. The subject of economic and social geography of Ukraine (textbook)

1.     Remember, studying the geography of Ukraine.

2.     What do you know scientists who were geographically research in Ukraine?

WHAT LEARN ECONOMIC AND SOCIAL GEOGRAPHY OF UKRAINE. As you know from previous courses, geography - it Earth Sciences in general and, above all, the surface presented geographic shell. Outstanding Ukrainian scientist Vladimir Vernadskyits surface called "face" of the Earth, which is constantly displayed traces of nature and human society.

As you already know, the natural components and their combination in certain areas in natural systems, differences of components and systems in space studies of natural geographic branch of science - physical geography. However, you had to make sure that purely natural systems that have not undergone to human impact in the world more and more, and in many countries (including including Ukraine), they almost left. Human society by their activity converts natural landscapes in natural and anthropogenic, and geographic cover - the so-called ecumene. Society and its territory is populated by objects of study branches of geographical science social - economic and social geography.

Word ecumene translated from Greek as inhabited land means the collection of towns and regions of the Earth man.

A person who is part of the biosphere and yet endowed with intelligence and will, not only material but also spiritual needs. To a broad conditions of their lives people interact with the natural environment territory and each other. The result is a system connections and relations between them, ie human society. Its elements include a variety of human associations - social Groups, collectives, political parties, civic and government organizations, people nation. Society can also be viewed as a set of population and different areas of his life - economic, social, political and others. Ecumene - That part of the geographic shell, which is inhabited and mastered by human or other a way involved in the orbit of life. In various forms consist ecumene territorial organization of society - from small settlements to the states and international associations.

Thus, the subject of public Geography is extremely wide. Study of economic and social geography of the state is essential for knowledge and understanding of objects phenomena and processes that we are surrounded or to which we are often alone.

Relevance of social geography Ukraine recently increased in connection with the profound changes that place in Ukrainian society. On early 90's XX Art. Ukraine won independence and joined the transitional socialno-economic development, during which the fracture is old social relations and create new political and economic systems. These transformations complex and quite controversial, often similar to those occurring in neighboring countries or But have their national peculiarities. Furthermore,First, a long time in Ukraine are Population problems and Ecology, which manifest themselves differently at varying land areaus. Finding your way in all of this helps the social geography of Ukraine. It also introduces the place our country in the systemtopic of world social development, shows it on the background of global challenges.

On the geography of Ukraine

There are a variety of science that can teach us what you want about Ukraine. However, perhaps the most important among them - a geography of Ukraine. Geography embraces all important information about the land and the people that inhabit it.

Sectoral COMPOSITION OF ECONOMIC AND SOCIAL GEOGRAPHY OF UKRAINE. Since objects study of social geography is very diverse, it includes a number of industries. Yes Geography of Population explores features and patterns of territorialtorialnoyi of the population, its play and structure. Social Geography examines the territorial sector organizations inservants, public consumption, the way his life, spiritual sphere. Economic Geography, objects are manufacturing sectors of society and Private sector and its subsectors, the most divided. For example, Geography of Industry areslovosti distinguish geography fuel and energy, metallurgical industry, machinery and other industries in geography Rural economy - the geography of plant and animal geography. Political Geography studies administrative-territorial mouthswarm of state and  geography of social and political movements.

Socio-economic geography with great of Sciences. Closest relationships it has with physical geography, which gives her information about natural resourcesdream features territory, especially the territorial nature ofdnoho environment natural-territorial complexes and more. From the social sciences most value For geographers have economics, social scienceDemography, political science, history, statistics and others. Since each researcher takes the necessary information about the or other objects’Object,  виkorystovuye methods specific to various sciences.

On the relationship of geography to other sciences

DEVELOPMENT Economic and social geography IN UKRAINE. As a separate field of knowledge economic geography was launched only in the nineteenth century. To date geographic data on population, life, culture and economy combined with data mostly about nature in descriptions of countries and territories that have remained in the works of ancient and medieval scholars and travelers. Such works to Ukrainian lands, as you know, was “Scythia” Herodotus (V Art. BC. E.) “Description of Ukraine” Guillaume de Boplana (ХVArticle II.) And others.

Defined contribution development of national social geography have made his work Ukrainian ethnographers and historians of the XIX - XX centuries. including Paul Chubynsky і Michael Hrushevsky. The development of the social and geographical research Ukraine is connected with the names and Rudnitzkiy S. K.Roach.

Stephen Rudnitsky (1877-1937) was the representative antropoheohrafichnoho directly in the socio-economic geography, which first drew attention to human geography and its relation to natural environment. In 1914 he published the first in our country a great service to the socio-economic geography called Introduction Geography of Ukraine. Antropoheohrafiya. During World War S. Rudnitsky became a founder of political geography Ukraine. Continuer antropoheohrafichnoho directly later became 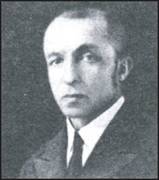 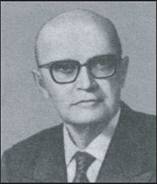 Constantine Roach (1876-1947) represented the economic direction of social geography, which was dominant in Russia and then - in the USSR. The main attention is focused on the geography of where the economy and man largely regarded as a factor in the development and deployment.

Development of socio-economic geography in Ukraine in the second half of the twentieth Art. was associated with such scientists as Alex Dubrava, Athanasius Vashchenko, Maxim Palamarchuk et al. Nowadays, research in this field of knowledge Scientists conducting the Institute of Geography of the National Academy of Sciences of Ukraine (Kyiv) Lviv, Odesa, Chernivtsi universities and other scientific and educational institutions of Ukraine.

As a separate field of knowledge economic and social geography was started in the second half of the nineteenth century. and in Ukraine connected with its development of S. Rudnitsky, K.Roach, V.Kubiiovych, O. Dubrava, O. Vaschenko M. Palamarchuk and other researchers.

1. That examines the economic and social geography of Ukraine?

2. Why increased relevance of social and geographical science?

4. Using Additional sources of information, learn about research on Ukrainian Scientists in the field of economic and social geography.