1.     What are the minerals belong to the ores of ferrous metals? 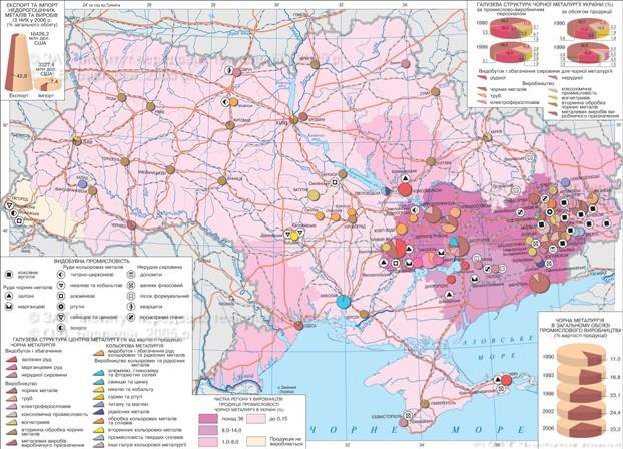 Steel. Siderurgy - One of the most developmentoped in Ukraine industries which accounts for 1 / 4 of total industrial production. It produces iron, steel, rolled metal, ferro-alloys, tubes and others. It - materialomistka industry: for smelting 1 t of pig iron to about 3 tons iron ore, 1.1 tons coke, 20 tons of water, and manganese ore, limestone and other fluxes. So Enterprise steel placed near sources of raw materials or fuel or in between.

Ukraine has for the development of large reserves of iron and manganese ore, coking coal, flux and refractory materials. Their genericdata which very successfully combined - mostly our region and the Donbass. 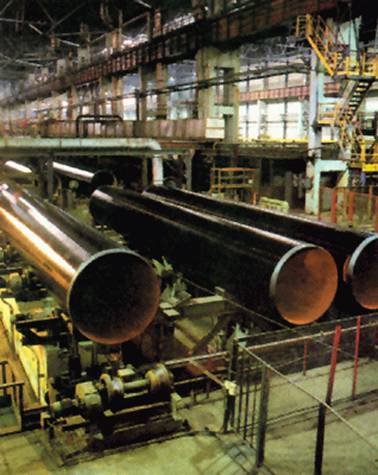 Fig. Production Hartsizskogo Pipe Plant is a strong demand in Ukraine and abroad

Ferrous smelting metals are traditionally made at the plant complete cycle, which include all final stage of metallurgical productsproduction, and coke (Metallurgical fuel from specialwhich makes coal) and agglomerates (chunks iron ore, sintered with GSAnyakom and coke). Each production has a waste and adverse products which is the raw material for other industries - chemicaltion, construction materials, metal processing. Companies in these sectors, as Heavy Engineering, advantageously placed near foundries. Thus, metallurgy is of great PCleksoutvoryuyuche value, are formed on its basis Consumer units. 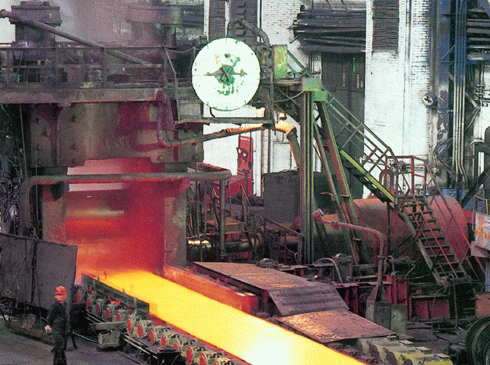 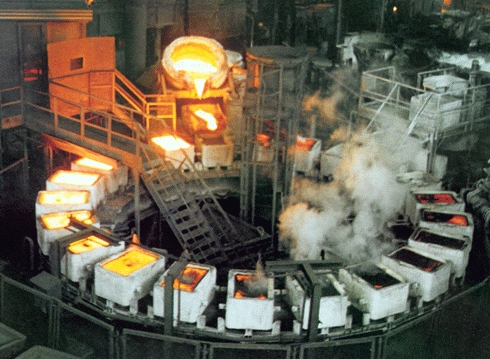 Fig. One of the steel giant Ukraine - Zaporizhstal 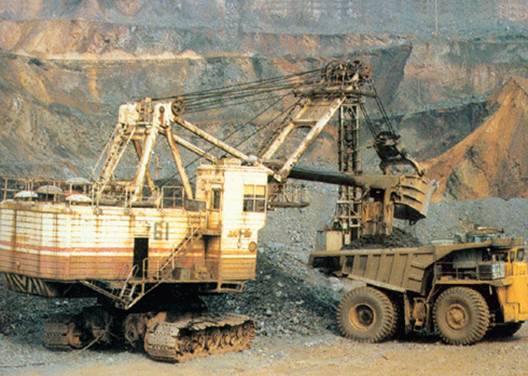 Fig. In Dnepropetrovsk produce up to 80% iron ore Ukraine

Donetsk region appeared near fields coking coal based processing of ore coming from the Dnieper (the principle "Pendulum" - cars with coke plants coming on the Dnieper, and back returnXia of iron and manganese ore). Formed steel nodes - Donetsk-Makiivs'kyi, Alchevsk Almaznyanskyy, YenakiyivSKI and some steel tanks - Kramatorsk Khartsyzk, Kostyantynivka.

Azov region used poor iron ore of the Kerch-First, rich and Rog Belozerskypools, manganese ore from Nikopol, coke, fluxes, and refractories from Donbass. But iron ore companies have suspended the Kerch Peninsula, therefore area now covers two steel plants in Mariupol (One of them - Azovstal - is the largest in Ukraineacterised lystoprokatnyy status).

PROBLEMS DEVELOPMENT AND PROSPECTS OF. Important issues metallurgy of Ukraine is the need for technical and technological upgrading of production, improve as ferrous metals, production of new species Steel and rolled. Low development does not become so-called domain methods ferrous Metaliv that are environmentally friendly, including electrometallurgy (largestambitious plant - Zaporozhye) and powder metallurgy (the only Works great-tsyuvav in Brovary near Kyiv).

Metallurgy - industry that brings together businesses that consistently perform the extraction, enrichment and metallurgical processing of ores Chornyh and nonferrous metals.

Ukraine has to development of large reserves of iron and manganese ore, coking coal, flux and refractory materials. Their genericdata which very successfully combined in the territory.

1. Give characteristics of the steel industry raw materials Ukraine.

3. On the outline map Apply the greatest centers of ferrous and nonferrous metallurgy in Ukraine and their districts.