1.     What indicators are characterized by agro-climaticresources in Ukraine?

2.     What types of soils are common in Ukraine? Which of these is most fertile? 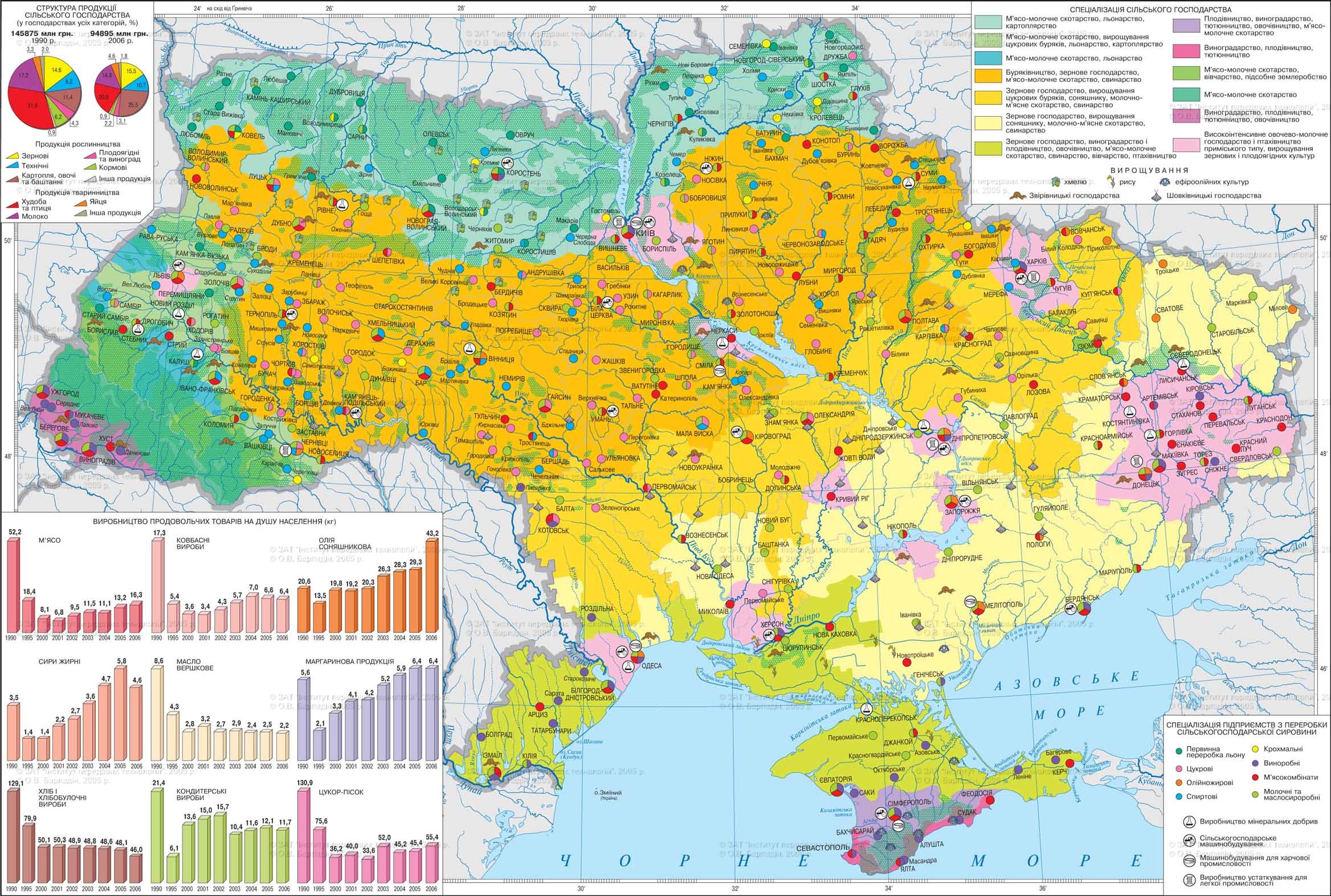 Agriculture is the primary component of agricultural comareolar complex (APC) and together with food and some branches of light industryent (textiles, leather, fur) is its foundation.

Prerequisite for development. Agriculture is one of the oldest types Business activity. In Ukraine at the turn V і ІV millennia BC. e. developed settled agriculture (tripilska culture). Since ancient times, Ukraine is famous for its agricultural products from other nations and countries. And now, agriculture farm belongs to important areas of international expertise of our state.

The development of agriculture depends on natural geographicthem socio-economic conditions. Belong to the first land-soil and agro-climatic resources that are generally very favorable to Ukraine. 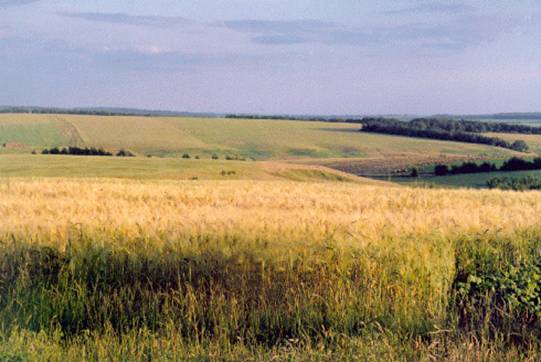 Agricultural lands occupy 42 millionhectares, or 70% general fund of the country. Structure of agricultural land is: 79% - arable land (Arable) and perennial plants, 13% - Beltgrasslands, 8% - hay. The highest proportion arable land - in the steppe areas (70-80%) and forest-steppe zone. Pastures concentrated in basiction, the Carpathians, in Polesie and south-eastern steppe areas, hay - in the river valleys and forest steppe zones. 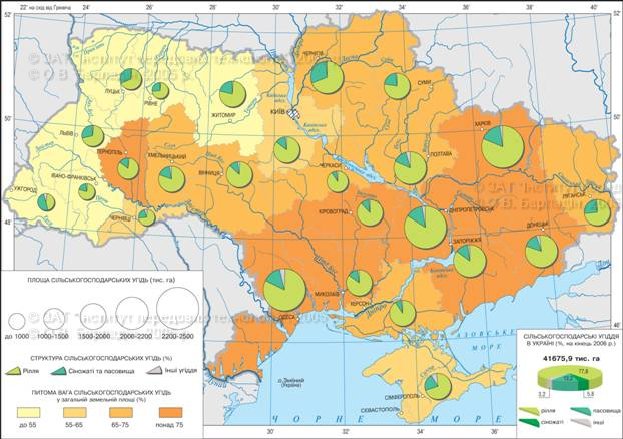 Among the socio-economic conditions of agricultural of important role played by human resources (rural areas of Ukraine provided them enough), especially land ownership, ie relationship of land ownership and agricultural policy of the state. In Ukraine, a long time and state owned land large collectivestructive economy, it's - owned by peasants and farmers. Changes in landownership occur very slowly. New inshtovhom for further reform of farm hundredlo adoption in 2001 , the Land Code of Ukraine which spraprivileges and called the "land constitution. "percentage of land that was submittedEuropean country in the possession of farmers (such as in Ukraine, over 46 thousand lathouseholds) is only 8% of the agricultural lands. The development of farming and creation of cooperatives peasant land owners will allow significantly raise the level of agricultural development youduction in the country. This is already evident in the past years when the processes reform agriculture became more real.

Today the territory of Ukraine is among the most under cultivation in Europe and the world (arable is 1 / 2 of its area). Thus even rozoryuvalysya land, not very suitable for farming, such as reclaimed land in Polissya or drained floodplain rivers. Consequently, the land area increased, but decreased their performance that did not contribute to increasedlikewise, the production of crops. Increase livestock caused problems with its maintenance through low-quality feed base, low implementation highfarm animal breeds and others.

In modern conditions the way of extensive agriculturalof whom has give intense — receiving pain-shyh crop due to improved cultivation of land, fertilizer, pesticide use and others., raising livestock production by breeding and improvementing forage and so on. It is important to establish the correct ratio between crop and livestock needed to feed production.

3. What are socio-economic frontlanguage development of agriculture in Ukraine?

4. What differ extensive and intensive ways of developing rural economy? Which one is more qualified?