1.     Within which natural areas and historic land located Zhytomyr, Kyiv and Chernihiv regions? 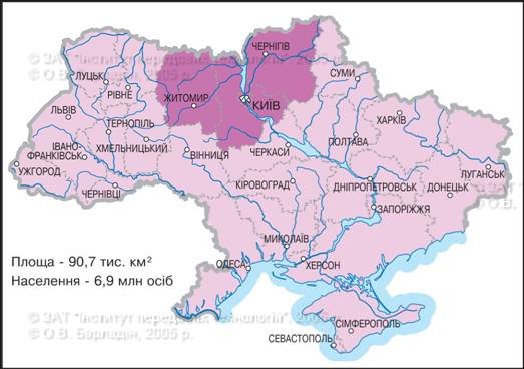 Prerequisite for development. Metropolitan (or Tsentralnopoliskyy) Economic Region on three administrative region (Kiev, Zhitomir, Chernigov) And one of the largest in Ukraine With its area and population.

Name "Capital" is related to the deployment on its territory capital of Ukraine - м. Kyiv. This is an important factor in the development and management expertise. In addition, such factors are:

·   plainness of the territory, a considerable potential of land resources; lower than in Ukraine in general, the level of tilled soil farmland rich water resources of the Dnieper and its tributaries, high indicators of forest (26%);

·   restricted use of agricultural land, natural recreation and some other types of resources due to contamination significant areas after the Chernobyl Chernobyl AES;

·   the worst in Ukraine indicators of demographic situation in the district, except in Kyiv, low population density; 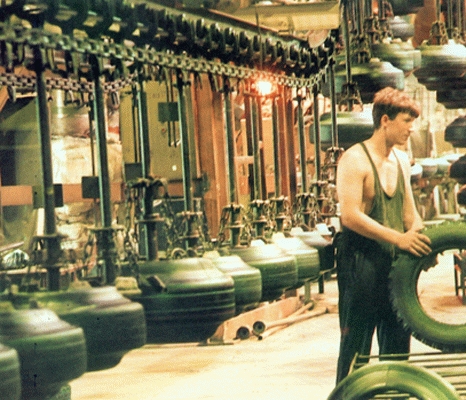 Food industry characterized by high concentration of enterprises, whose products are consumed primarily in the capital. Near developed all industries food industry, the leading place among them has dairy and meat.

Near evolved multiple industry of building materials. In its structure - porcelain-faience industry, including companies in the Zhitomir region— Baranivtsi, Horodnytsia and other centers.

Transport system of the District are all modes of transport other than maritime. Railway and automobile network has a clear radial-ring structure with the center in Kiev. The main railroad crossing region in latitudinal direction. Large railway stations - Kyiv, Fast, Nizhyn Bakhmach. Population size uses airports in Kyiv including for international travel (airport “Borispol”- The largest in Ukraine). 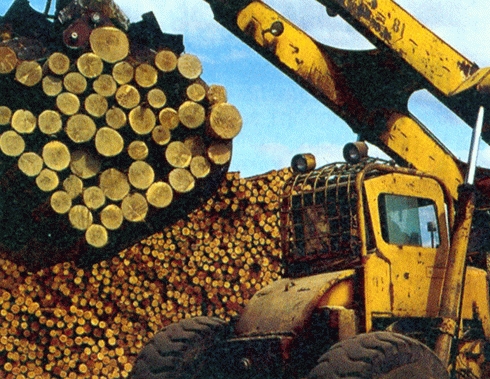 INDUSTRIAL CENTERS & Sightseeing. In the center area on both banks of the Dnieper capital Ukraine - , Kyiv (2,7 millionpeople). It - The largest city in the state, its administrative, cultural, Gospodarska center. Founded over 1500 years therefore, Kyiv became the political center of Old Rus Kievan Rus. It contributed to its development, adjustmentsultation varied, including and external relations. In 1497 city received the Magdeburg law, ie the right to self-government. Capital powerful country in center of Europe, long a major cultural and center. Also in X Art. found a school, and in XVII Art. Kyiv brotherhood and school functioning Kyiv Mohyla Collegium (laterst - Academy), which became centers Ukrainian education. From XIX Art. primary role in students' plays Vladimir University (Now National Taras Shevchenko University). З XVIII Art. in industrial development, railway construction to Odessa and Kursk. From the same time, the city turns into a significant industrial center.

In 1918 Kyiv the capital of the UPR, since 1934 - The capital of Ukrainiankoyi Soviet Socialist Republic (SSR), and from 1991 - Independenttion Ukrainian state.

Now Kyiv - significant industrial center. Its territory installation locationsscheni machine building, light, food and other Galazey industry. From it all ends in Ukraine away Railways and roads, the city is a major river port on the Dnieper.

Kyiv - the spiritual center Ukrainian people. There is a bug-then the unique monuments of spiritual and material culture. Among them - Sophia Cathedral Vydubitskiy monastery and the Golden Gate of KyivPechersk Lavra (XI cent.) Andrew church (XVIII cent.) VladimirSKI Cathedral, Opera House (XIX cent.) and others. Recently rebuilt destruction of monuments including St. Michael's Cathedral (PAm'yatka XIAnd art.) - Burial place of Kiev princes and many church figures. Restored The premises and education at the Kyiv Mohyla Academy (it was closed in 1817 tsarist government).

There are 32 museums, 35 theaters. People from all over Ukraine come visit the State Museum Shevchenko, Sophia Cathedral Museum Ukrainian and world art, and others.

Ukraine gained its independence of its permanent capital onovlyuyetXia and rebuilt. Maintain their appearance and arranged streets Kyiv, rehabilitated old and new buildings. Scenic landscapesshafty, old and new buildings, the wealth of cultural artifacts do Kyiv unique and charming city, one of the best in Europe. 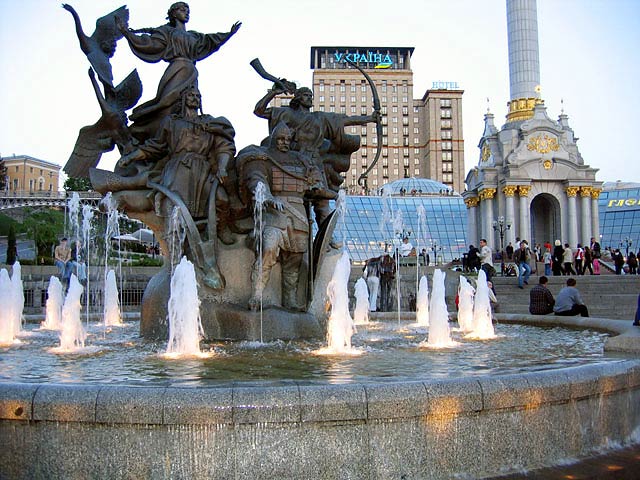 2. What industry will determine the economic specialization area? What factors have caused it?

3. The impact on the socio-economic regional development presence in it the capital?