Kyiv - large modern city. Every year it becomes more and vporyadkovanishym. But along with the rapid construction is less green space, natural ponds, free up areas. The process of urban planning designed to provide a modern infrastructure: roads, residential areas, efficient transportation system. However there is a need to preserve the natural resources of the city, to minimize the consequences of technogenic pressure on nature.

territory of modern Kyiv - 800 km 2 , of which a solid building is about 40%. The rest are green arrays (parks and gardens) and reservoirs. In per capita green area of 214 m 2 , which is one of the highest in the world.

Our city is situated on the edge of the forest and steppe of natural areas and almost all sides surrounded with large forest areas: Svyatoshinsky forest, Pushcha Vodytskyy forest Zaspa, Darnitsky forest, forest Holosiivskyi. In Kiev forest dominated by pine and birch. Woods right bank of Kyiv formed mainly of broadleaved and coniferous species (oak, maple, linden, pine, birch). Due to large forest massifs of our air significantly cleaner air than many other industrial centers. In the forests around Kyiv live many animals and birds (hare, roe deer, hedgehog, heron, owl). However, many animals live quite near to us: in basements and city parks and on rooftops. Most of them, of course, deeply sympathetic to us and deserve our support (especially during the cold season). Therefore it is useful to treat a dog or cat courtyard or to make yourself hodivnychku titsand. However, there are the "city dwellers" that cause us much trouble. Such, for example, rats are capable of delivering a serious disease, damage communications and even attack people. 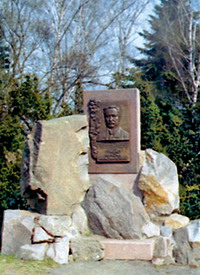 Kiyani admire blooming lilac in the Central Botanical Garden of them. NBS 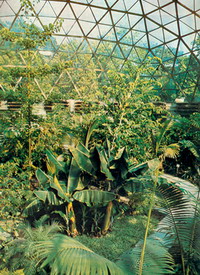 In greenhouses Botanical Garden of A. Fomin 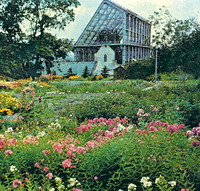 In the science area Botanic Garden. A. Fomin 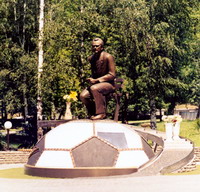 Monument to V. Lobanovsky at the stadium "Dinamo" in Central Park of Culture and Leisure

Aviary rhino at the zoo 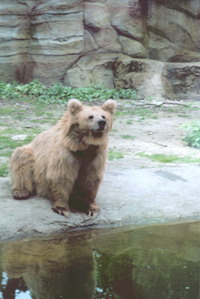 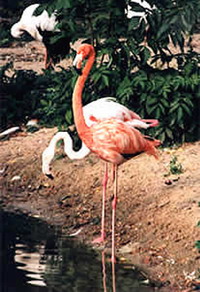 Children's attractions at the zoo 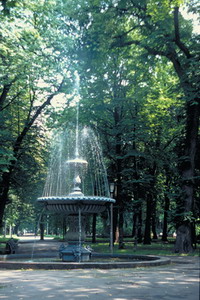 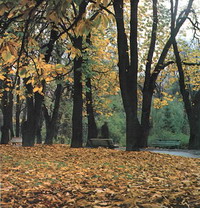 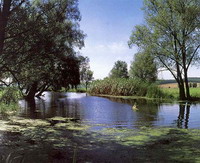 On the outskirts of Kyiv

In the Taras Shevchenko Park