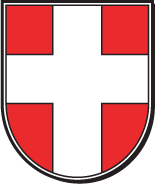 Total bridge - 11, including the cities of regional subordination - 4

lies in the northwestern part of Ukraine. The overall slope of the plain surface of the south (292 m) north (139 m). Northern part - Volyn Polesie of mixed forests, marshes, south of it - Volyn hilly ridge. The southern part is occupied Volyn sublimity, which cut gorges and river valleys. Since mineral deposits are the largest value of the Lviv-Volyn coal basin. There are peat, limestone, chalk and chalk marl, Lesia, sand, mud and mineral waters. However, the provision of mineral resources insufficient. The climate is continental with mild winters (in January -4,4 °, -5,1 °) and warm humid summers (July to 18,8 °). Precipitation 550-640 mm per year. Within the field of main European watershed dividing the Black Sea and Baltic Sea (by the Dnieper and the Western Bug). All rivers (length of 10 km) 130. The largest river - the Pripyat and its tributaries round Stokhid, Stir. 24 River flow into the Western Bug (most of them - the Meadows). In the Region - 22 lakes with total area of 14.4 hectares. Group of lakes of karst origin - Shatsky Lakes, including the deepest lake in Ukraine Svityaz. Typical floodplain lakes are white and Lyub'yaz. Within the region - 384 bids, 10 reservoirs, artesian wells 3475. Soil - sod-podzol (35.8% of the area), fertile perehniyno-carbonate, in the south - greensward and meadow (18%), dark gray and black ashed in river floodplains - meadow and marsh, peat. In Polissya burs pine, birch trees, rarely occur fir forests south - mixed forests of oak, cypress and pine. The wildlife is very diverse (301 species of animals). Among the adverse natural processes observed high spring floods, flooding rain, atmospheric drought, dust storms, wetlands and swamp (in north more than 60% of area), karst processes in the watersheds of tributaries Pripyat, Volyn highrank - a surface and linear erosion, suffusion-prosadochni phenomenon. Reclamation measures: draining wetlands, erosion afforestation, reforestation, reclamation of waste lands. In the 374 territories and objects protected areas, including national importance: national park, 16 nature reserves, 3 natural monuments, botsad, 3 park attractions landscape architecture, regional landscape park, 27 natural reserves .

Volin received its name from the same old city which lay at twenty kilometers from the date of Vladimir-Volyn. From VII to X century. these lands were populated by Eastern Slavic tribes: Dulebs, Buzhans and psychology. In X - XII centuries. Volin was part of Kievan Rus as Lutsk separate principalities. Since the second half of XII century. the land included in the Vladimir-Volyn, and since 1199 - To the Galicia-Volyn principality. Vladimir-Volyn was a center of Galicia-Volyn principality, which included the territory of modern Western Belarus, Western Ukraine and Moldova. In the middle of XIV - XV centuries. Volhynia came under Lithuanian princes. Lublin Union of 1569 united Poland and Grand Duchy of Lithuania into one state - the Commonwealth, and Volyn was annexed by the Kingdom of Poland. In 1793 Volyn is part of the Russian Empire as a deputy. By royal decree in 1797 instead it was formed Wallynska province. In July 1919 The region was occupied Poland. Riga agreement in 1921 Poland legalized dominance in this region. It was formed Volyn province. Since March 1939 Volyn incorporated into Soviet Ukraine. During World War II forests Volhynia became a haven of fighters with the invaders. About the history area today resemble architectural monuments Volyn cities that have preserved medieval Western flavor, combined with the legacy of Kievan Rus and the Cossack Ukraine. 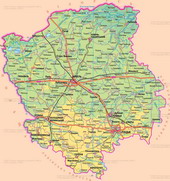 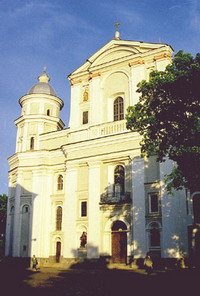 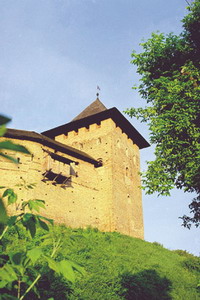 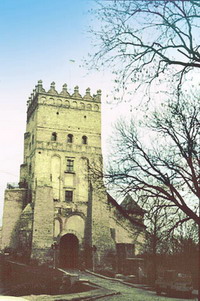 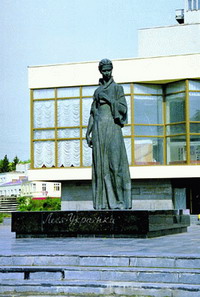 The monument of Lesya Ukrainian city of Lutsk