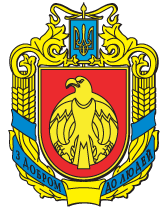 Bridge - 12, including the cities of regional subordination - 4

lies in the central part of Ukraine between the rivers Dnieper and Southern Bug, the Dnieper Upland (150-200 m). Surface - enhanced polohohvylyasta Lesova plain, divided by river valleys, ravines and gorges. Most split north-eastern part of the region surrounding the Dnieper and Tyasmyn. Crystalline rocks of the Ukrainian Shield outcrop in river valleys, sometimes forming canyons, rocky slopes and in rivers - rifts and rapids. Mineral and raw material potential of the region represented by more than 340 deposits of minerals, of which 100 are developed: coal, iron ore and nickel, uranium. Many different building materials: granite, gabbro, labradorite, quartzite, marl, various clays, kaolin, glass sand and sandstone. There are deposits of platinum, diamonds, copper, chromium, tungsten. There are mineral springs. The climate is continental with mild winters with frequent thaws (-5,4 °, -6,5 ° in January) and warm, dry summers (20 °, 21,5 ° in July). Precipitation 430-520 mm per year. From the southwest to the northeast region crosses the zone of high atmospheric pressure (Voyeykova axis), north of which is dominated by moist air masses from the Atlantic to the south - Continental. Rivers belong to the Dnieper and Southern Bug. All rivers - 438, of which 120 length of 10 km and 45 - over 25 km. In the southwest - Southern Bug and its tributaries Ingul, cyanosis, titmouse, in the northeast - from Sky and Tsybulnik Inhulets. Within the region there are 77 reservoirs, ponds, 1914. In the forest-steppe region is dominated by black and typical middle-malohumusni, black ashed (95% of the area), light gray and gray forest soil in the steppe - ordinary black-and medium malohumusni (95% of the area). In river valleys - chernozemic-meadow and meadow-swampy soils. Forests and afforestation of 6.8% of the area (oak, ash, elm, maple, linden, hornbeam). At the watershed in forest (70% Of the agricultural sphere) has a few large forest areas (Black Forest) and in the plains of the region - small gullies forests and steppe shrubs (hawthorn, blackthorn, zhostir etc.) and fescue grass-motley grass. All animals in the 427, including: mammals - 64 birds - 250 species of reptiles - 13 fish - 59. Among the adverse weather events - droughts, droughts, dust storms, hail, rain, among the natural processes: erosion, landslides, mudslides. Most erodibility of land (50%) in the adjacent lane to the Dnieper. Observed attrition shores of reservoirs, rivers to flood and waterlogging salting. In 1958 the region built erosion ponds vodorehulyuyuchi shafts. In the 150 territories and objects protected areas, including state value: 18 nature reserves, 2 Nature Monument, Park, 2 park monuments of landscape architecture, 39 natural reserves.

the region, archaeologists found many artifacts that testify to the settlement of farmers and trypilska chornoliska cultures. In the VII century BC. there lived a nomadic tribes of the Scythians. 50 known sites of early settlements. Since the mid XIV century. Kirovograd area - under the rule of Lithuania, in 1569 - in Poland. In the XVI century. part of this land acquire Ukrainian Cossacks. In the XVII century. border between "crown" and lands (liberties) Zaporozhian Host passed on rivers Vys, cyanosis and Southern Bug. Here were beyond the Bug-Hardivskoyi Cossack Palanca. After the Russo-Turkish War of 1735 - 1739 рр. The territory became part of Russia and later became known as "New Serbia". From 1764 - Part of Novorossiysk province. At the beginning of the XIX century. territory of modern region was divided between Podolsky, Katerinoslav and Kherson province. Since December 1917 land was in the vortex of violent events related to the struggle for power in Ukraine. In Soviet times, was renamed Yelisavetgrad Zinov'yevsk and then to Kirovograd. Until 1939 was part of the city of Odessa region. 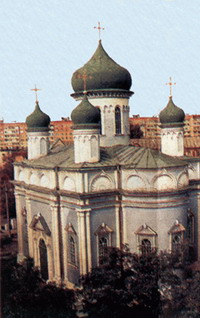 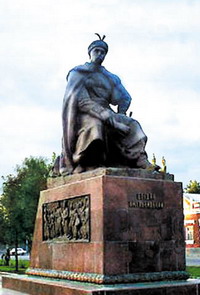 Monument to B. Khmelnytsky Kirovohrad 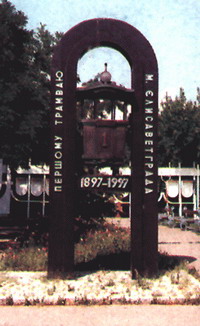 Monument to the first tram, Kirovograd 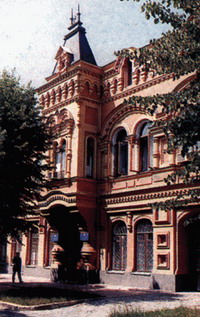 The streets of Kirovograd 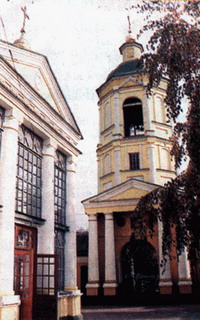 On the Southern Bug River near the village. Lupolove Ulyanovsk Mr. zimknulys borders of three regions 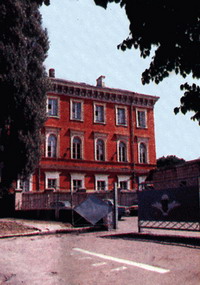