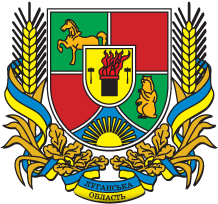 Bridge - 37, including the cities of regional subordination - 14

During the Copper and Bronze Age land inhabited by pastoral-agricultural tribes. Found numerous attractions Scythian-Sarmatian time (VII cent. BC. BC - III century. BCE.). Since X century. Donetsk of land was under the influence of the Kievan Rus, but living here, mostly nomadic tribes. In the XIII century. these lands captured Mongol-Tatars. At the end of the XV - beginning of XVI century started developing the Donetsk steppe Cossacks. More intensive land settlement began in the XVII century. The leading role belongs to the Cossacks in the development of land north of the Seversky Donets River, which were called Sloboda Ukraine. In the first quarter of XVIII century. here has begun to use coal. In 1795 began construction of Lugansk foundry plant, whose needs were mine coal in Fox buyeratsi (today Lisichansk). In 1795 in place modern Luhansk was founded gun-foundry, which had to ensure the needs of the Black Sea Fleet. The Plant was established village called Village Luhansk factory. In 1882 together with the adjacent settlement of Broad Stone joined them and turned the city of Luhansk. In June 1938 Voroshilovgradsky region was formed, and 1990 it was renamed in Luhansk region. 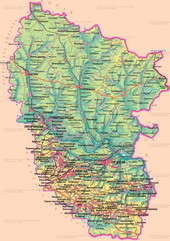 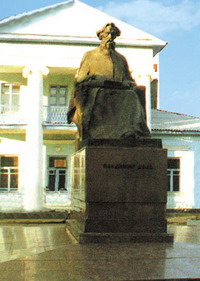 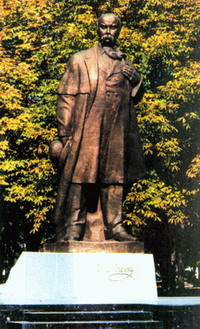 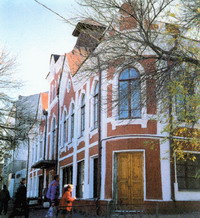 The streets of Lugansk

May the memory of heroes