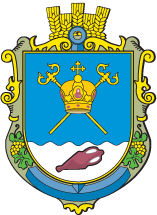 Bridge - 9, including the cities of regional subordination - 5

lies in the south of Ukraine in the basin downstream of the Southern Bug River, south by the Black Sea. The coastline is divided estuaries. The domain is owned island Berezan and Kinburn Spit. The surface area - plain, gently tilted to the south. In the north - Podolsk spurs (240 m) and Dnieper sublimity. The slopes of hills densely dissected by river valleys, ravines and gorges. Most of the Black Sea region is lowland (40-100 m). Its surface is characterized by broad low accumulative dissected plains with some decrease (submit a) watershed. The region is rich in minerals. Industrial significance of building materials: granite, gneiss, limestone, marl, kaolin, tripoli, gypsum, quartz sand and clay. There are deposits of graphite, brown coal and peat. The sources of mineral waters and mud. The climate is continental with mild winter (-4, -5 ° in January) and hot dry summers (21,6, 22,8 ° in July). Rainfall - 300-330 mm in the south, to 450 mm - in the north. Observed drought, droughts, dust storms. Little rivers - 85 length of 10 km. Main River - Southern Bug and its tributaries Ingul, KODIMA, Chychykliyeyu, cyanosis, Mertvovod, Rotten Yalantsem. In the Dnipro basin is a tributary of Ingulets Vysun directly into the Black Sea flows Berezan. There are salt lakes, 128 ponds were built and 12 small reservoirs. Soils: mostly ordinary black-and medium malohumusni the south - south malohumusni black, chestnut and dark chestnut, in the floods - alluvial meadow in podah - osolodili meadow. Forests cover 2.3% of the area (oak, ash, elm, maple, linden). Most of the region - the motley-fescue-grass vegetation in the river valleys there are small tracts of forest gullies. Fauna is represented by 163 species: mammals - 24 birds - 90 species of reptiles - 11 fish - 31. Among the adverse natural processes occur: linear erosion (North) and plane wash, landslides on the slopes of valleys and gorges, in podah - ohleyennya and salinity; on irrigated lands - and salting secondary flooding, silting of reservoirs. Reclamation: watersheds or ravine and water-beam and plantations, shelterbelts. In the 125 territories and objects protected areas, including national importance: the nature reserve, a branch of the biosphere reserve, reserves, monuments of nature, zoo, park, monument of landscape architecture, landscape parks 2 regional and branch , 13 natural reserves.

in the Neolithic in Nikolayev there was one of the oldest agricultural crops in Europe - the Bug-Dnestr. At the end of the Bronze Age lived here Cimmerians, whom Homer mentions. Later the lands inhabited by the Scythians, Sarmatians. In the VII century. BC. BC in the northern Black Sea coast were Greek settlements. The most ancient Greek city was founded Borisfen Berezan on the island. In 545, the BC. BC Bug estuary on the coast appeared city Olbia (long stretch between the Dnieper and Southern Bug). In the first century a new era of Olbia was incorporated into the Roman Empire, and in IV. district. AD was completely destroyed by Huns. In V-VI cent. appear settlement of Slavs. In VI-IX centuries. hence they retreated under pressure from nomads - Avars, Bulgars, Khazars. In the middle of the XIII century. these lands became part of the Golden Horde, were later in Lithuania, under the authority of the Crimean Khanate. In the XVII century. economic development area associated with the existence of Zaporizhzhya Sich. In time another war with Russia, Turkey (1789) in the estuary Ingul started building yard and the city. Today Nikolaev - Ukraine's largest shipbuilding center. 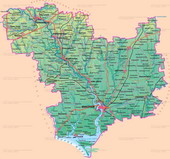 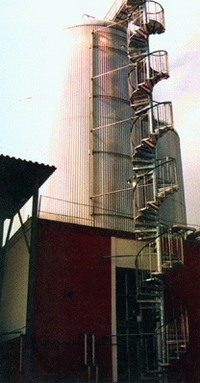 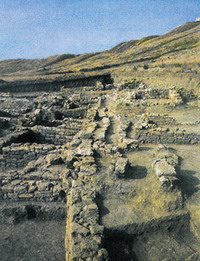 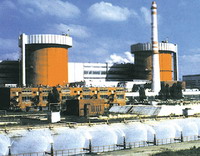