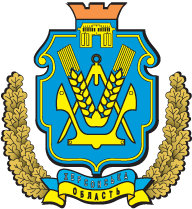 Bridge - 9, including the cities of regional subordination - 3

lies in the lower reaches of the Dnieper River in southern Ukraine, within the Black Sea Lowland, bordering the Black and Azov Seas and the Gulf Sivash. Surface - undulating plain, tilted to the south. The northern part has a height of 50-90 m, Southern - 10-50 pm Coasts of the Azov Sea and the Gulf Sivash rises above sea level at 5-10 pm The surface of the southern part is mostly flat, submit a compromised (6-8 m depth) and bulk spreading (depth - 10-15 m) and artificial mounds, graves (up to 20 meters high). On the left bank extends 140 km long strip of sand from dunes Oleshkovsky (height 8-15 m). Coastline seas cut shallow bays and estuaries, peninsulas that separate small and long, narrow sand spit.

Since the most common minerals limestone, shell, clay, sand, salt Sivash, brine, mud. There are peat, gas, bauxite. Climate - moderate continental with mild dry winters (-3 °, -5 ° in January) and hot dry summers (21,5 °, 23,5 ° in July). Annual precipitation low (300-410 mm per year). 2-3 years intervals in spring and autumn there are droughts and dry winds. Rivers longer than 10 km of 6. Main River - River (downstream) with inflow Inhulets. Near the mouth of the Dnieper is divided into sleeves and flowing forms Dnieper. In the valleys there are small ponds, lakes, on the Dnieper - Kakhovske reservoir. In the southern part of the region laid channels: Pivnichnokrymskyy, Kakhovskij and Krasnoznamenskaya. Among the zonal soil types dominated Southern black malohumusni slabohumusni and that change salty southern black earth, and south - brown salty soils. For typical field and meadow-chernozem greensward osolodili clay soils, as well as malt PALLETS. On the greensward Oleshkovsky sands soils and clay-sand together with chernozem slabohumusovanymy sands and sandy soils, which form the mounds. In the creeks of the Dnieper - peat-bog in the flood plain Inhulets - meadow soils. On the sandy islands and kosah - clay-sandy and sandy soils. Natural steppes survived only in river valleys and slopes of hills. Steppes are covered with fescue grass-motley grass, in floodplains and podah - bows. Lower sand planted with pine trees, orchards, vineyards. On the sand arenas - birch and oak nuts, cereals xerophytic. Diverse wildlife: mammals - 70 species of birds - about 300 species of amphibians - 8, reptiles - 11 fish - 182.

first settlement in the region were still present during the Late Pleistocene. In the VII-III. BC. BC Kherson steppes were the Scythian state. In the Middle Ages in the Kherson steppes dominated nomadic peoples: Pechenegs Kuman, Tatars.

In the XVI century. these areas are beginning to occupy and colonize the Cossacks, who carried out numerous raids against the Turks and Tatars. In 1709-1734 he on the lower Dnieper Kamyans'ka there (near the village. Novokayiry), and later Oleshkivs'ka (near Tsyurupyns'ka) Sich. The city of Kherson emerged after the Russo-Turkish war in 1778 to place a small military fort. In 1783, fixture with the Kherson shipyard came first frigate. In the nineteenth century. beginning agricultural colonization of Southern steppes. In addition to Kherson Ukrainian immigrants arriving from other regions of the Russian Empire and foreigners. In those days most of the modern Kherson was a Tavriya province with its center in Simferopol and Kherson province lying west of the Dnieper. In Soviet times most of these lands was included in the Mykolaiv region, and only in the postwar years, created a modern Kherson region on land seized in Mykolayiv and Zaporozhye regions. 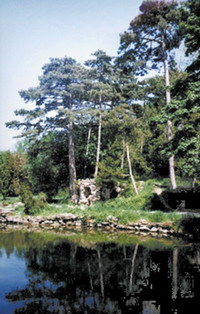 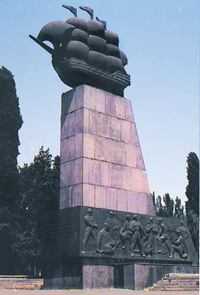 The streets of Kherson