Bridge - 17, including the cities of regional subordination - 7

lies in the northeastern part of Ukraine. Surface - undulating plain, with a slight slope to the south, divided by river valleys, gullies and ravines. There are mounds (1-5 m high) on the terraces Seversky Donets and salt dome structure. North of the region - spurs Serednoruskoyi Hills. From west to south Poltava plain changes in the Dnieper Lowland, and further to the southeast - in Donetsk height. The region is rich in fuel resources: natural gas and oil (oil-Dnieper-Donetsk region), coal. There are rock salt, phosphorites, ocher, nonmetallic raw materials for metallurgy (refractory clay, molding sand) and raw materials for construction materials (clay, sand, chalk, limestone and sand to produce unique optical glass, etc.). There are mineral springs. The climate is continental with relatively mild winters (-6,6 °, -8 ° in January) and warm dry summers (19,5 °, 21,5 ° in July). Precipitation 495-570 mm per year. Riversavdovzhky 10 km - 156, the main one of the tributaries of the Seversky Donets (Uda, Mozh, Bereka (right), Wolf, Great Burluk, Oskol (left)). Rivers of Samara, Orel and tributaries Vorskla (Merlot, Kolomak) are the Dnipro basin. In the region 50 reservoirs, about 1960 ponds and lakes, part of the Dnieper-Donbass canal. Among soil types dominate the black middle-typical and ordinary black, deep low-and middle. On the right bank of the Seversky Donets - light gray under oak forest and gray forest soils. In the northwest - dark gray ashed at BOROVYH terraces and sod-podzol-sandy sod; on river terraces - black salt and saline in the flood - meadow and marsh soils. In the forest-steppe (northern) part of the region characterized by mixed forests (linden, oak, maple, ash) and meadow steppes in the steppe zone - fescue-feather grass steppes of forest gullies on the slopes of hills. There are pine, oak-pine and flood forests and areas with stagnant roslynnisty. The wildlife includes 330 species, including: mammals - 61, amphibians - 11 birds - 211. Adverse natural processes: intense plane wash on steep slopes - landslides, wind and water erosion linear, salinization, waterlogging and silting of reservoirs. Reclamation: flow regulation, erosion and lisomelioratyvni measures. In the region 191 territories and objects protected areas, including state value: 3 sanctuaries, botanical garden, zoological park, the Arboretum, four park monuments of landscape architecture, 2 regional landscape parks, six natural reserves .

Kharkiv land lies on the edge of the forest-steppe and steppe zones. It influenced the whole early history. At the time of Herodotus' Scythians lived here-farmers. In the Middle Ages in the valley of the Seversky Donets ruled nomads. Agricultural populations, including Slavs, originally started to master the land, were forced to retreat north. Only in certain periods of the land distributed power Pereiaslav, Chernigov and Kiev princes. At the beginning of the XVI century. the territory of modern Kharkiv was the deserted spaces. Slowly she falls under the control of Moscow kings, whose power personified governor of Belgorod. Depopulated the earth began to colonize the Ukrainian peasants and Cossacks. In 1638-1639 he they founded Chuguev and raisins, in 1655-1656 he - Kharkiv, and by the end of XVII century. - The rest of the major cities of Kharkiv. The region became known as Slobozhanshchina. Cossack regiments that arose here were being Belgorod Province Governor. In 1765 regimental system was Cancelments, while Sloboda-established Ukrainian provinces, which was later renamed to Kharkiv. At the end of XIX century. Kharkiv is one of the largest cities in Ukraine - Kyiv for more. With the victory of the Bolsheviks in the civil war in Ukraine in 1920 Kiev is the capital of the USSR and it remains until 1934 Today Kharkov - one of the most important industrial and cultural centers of Ukraine. Because of this, and Kharkov region occupies a special place in the state. 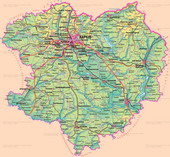 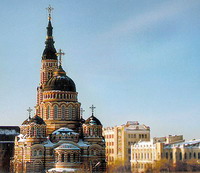 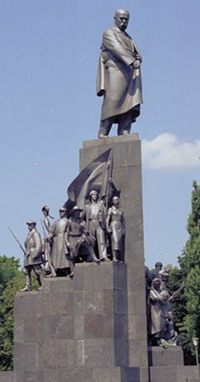 Monument TG Shevchenko in the center of Kharkov 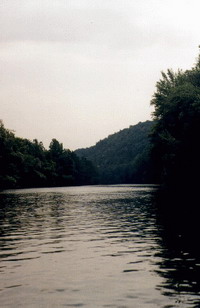