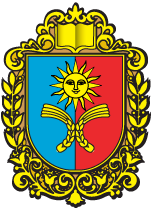 Bridge -13, including the cities of regional subordination - 6

first settlement in the region appeared in the Paleolithic days, one of the oldest - near the village. Vrublovetska Luka. On settlement of the tribes of farmers antskyh (II-IV cent.) Demonstrate various findings, including tilling the calendar shown on ritual weight. During the VIII-IX centuries. Hmelnitchine Tyvertsi tribes lived and Volyn. In 1199 land ceded to the Galicia-Volyn principality. It was built many city-fortresses that protected the population from attacks and Pechenegs Polovtsian. In the XIV century. land joined the Duchy of Lithuania. Later (early XV century.) Captured by the Poles, it was created Podolsk province centered in Kamenetz-Podolsk. Uprising swept lands National War led by Bohdan Khmelnytsky, but at the agreement Andrusiv 1667 they again went to Poland. After combining the Right Bank and Left Bank Ukraine in 1795 Podolsky province was formed. With a history of underElias is concerned the name of great peasant leader Ustyma Karmaluk. The most important monuments of the region and Ukraine are Kamenets PodilsKyi Medzhybizh and locks. 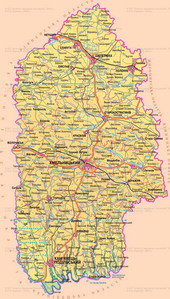 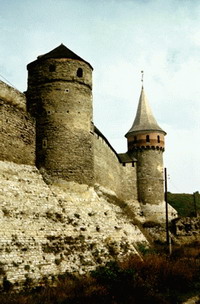 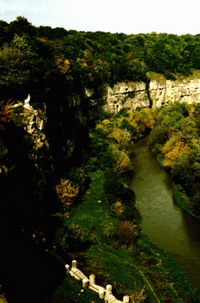 Canyon on the river canyon in Kamenetz-Podolsk 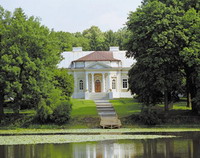 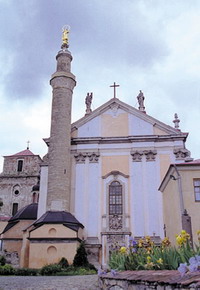 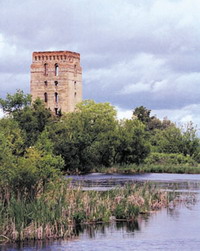 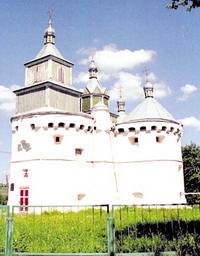 Castle Church of the Protection of the Theotokos, XIV - XV centuries. With. Sutkivtsi, Yarmolynetskyy Mr. 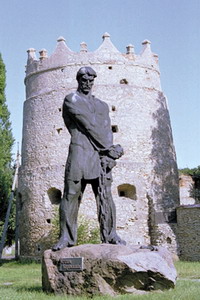