Soviet power since the early days of its establishment in Ukraine led open antitserkovna atheistic policy. Spirituality and the Church declared enemies of the new government. She tried every way to limit the influence of church on public life. Most dangerous opponent of Soviet religious authorities considered the Russian Orthodox Church headed by the newly elected Patriarch Tikhon, who criticized the new regime anathematized. In order to undermine the influence of the Orthodox Church is not the Soviet authorities prevented the emergence of religious groups. This situation contributed Ukrainization Orthodox Church, despite the resistance of Patriarch Tikhon and the Orthodox hierarchy.

In October 1921 it was the first Ukrainian Orthodox Church cathedral, which chose its own hierarchy, structure and approved canons UAOC. Law autocephalous (self) received in the UPR is January 1, 1919, but then because of the change of power was not realized. All Church Council elected Metropolitan priest V. Lypkivskyi.

new church quickly grew and by the end of 1920 was second in the number of parishes and the faithful after the Ukrainian Orthodox Church. The main principles were UAOC nationality and independence from secular government, democracy, commitment to the renovation of old Ukrainian customs. Worship was conducted in Ukrainian, the priests wore no robe, beard and long hair. Church hierarchy built on elective basis.

rapid success troubled UAOC Bolshevik leaders. In addition, UAOC critical of Soviet power. Initially the authorities tried to spread out inside the church, supporting the schismatic church organizations. In 1924 appeared on one's Christ Church (DHTS), headed by M. Frost was based in St. Michael's Monastery in Kiev. But it proved unsustainable and in 1927 ceased to exist. In 1925 there Cathedral-Episcopal Church under the leadership of F. Buldovskoho. This church was loyal to the Soviet government, but defended the independence of the Ukrainian Church.

Despite all the obstacles UAOC remained influential Ukrainian church.

Along with attempts to split the Ukrainian church Soviet authorities launched an extensive propaganda, which was to ridicule and abuse of religious believers. "Religion - opium for the people!" - Has become the slogan of this campaign. Many churches were closed or destroyed. Priests were persecuted. Yes, the monks were dispersed Lavra, and the temple turned into a museum antireligious.

late 1920 the government moved to an open offensive against UAOC. In October 1927 under pressure from the State Political Administration (GPU) was removed and arrested Metropolitan UAOC V. Lypkivskyi. He was accused of Ukrainian nationalism. In connection with the process of Liberation Union over Ukraine UAOC accused of anti-Soviet activities. You enter 1928 in the USSR action Administrative Code contains the section "Rules of cults." Similar documents that effectively terminated the right to freedom of conscience and belief, in other republics were adopted only after a year.

In early 1930, the Synod UAOC decided to dissolve. It did not save the former priests from persecution UAOC. In 1941 in the living remained a bishop and 270 priests, and the rest were exterminated.

Pyatyletky was declared a "five-year plan the destruction of religion." This campaign had sad consequences: in Ukraine in mid-1930 compared with 1913 there are only 9% of churches. The rest have closed or destroyed.

UAOC held at Renaissance cathedrals in Lviv in 1989 and 1990 in Kiev. For the first time in the history of Ukrainian Orthodoxy was elected patriarch. They became M. Skrypnyk. 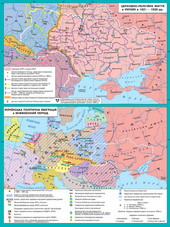 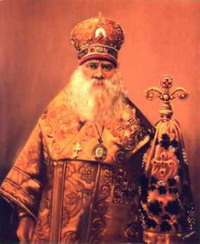 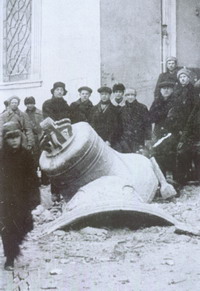 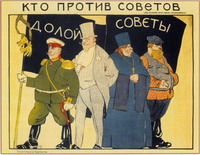 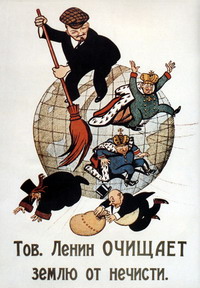