1993 – 1999 for Ukraine full of important political field. In 1994 were early election Parliament and the President of Ukraine.

In March 1998 elected a new parliament of the state. At the same time improved electoral laws. In the election campaign began to actively to political parties.

Important political event was the preparation and adoption new Constitution of Ukraine.

In walls of the Parliament, as in the Ukrainian society felt the confrontation between the executive and legislative branches power. The main debate took place around constitutional process creating the legislative framework of market reforms, privatization, fiscal policy, defining national and regional (Local) rights з'Identification of the geopolitical interests of Ukraine.

Democratic Opposition required to choose Parliament for mixed majoritarian-proportional system, where some deputies have been elected on party lists. But most MPs Parliament favor preservation majoritysystem.

Political parties, their electoral blocks with labor collectives and groups voters have the right to nominate candidates in deputies.

Accepted November 13, 1993 set the law on elections that the new Parliament will on a regular basis, combining the deputy's mandate with state or administration of prohibited. It provided that reduce the term of office of elected Parliament from five to four years.

Preparation elections to stimulate the formation of blocs and unions.

Perplexity found in this situation of national-democratic orientation. They made several unsuccessful attempts to consolidate. As a result formed Good Association "Ukraine". His head L. Lukyanenko.

In December, 1993 created Interregional Bloc of Reforms. which led Kuchma and V.Hryniov. Participants block participated in the election, asserting the need for fundamental reforms in politics and economy, empowerment of regions and moving to federally-land system of Ukraine, recovery strait alliance with Russia.

Parliament elected as a professional, but so completely did not, as many deputies for various reasons refused to go to regular work of the parliament. On end of the thirteenth convocation of parliament (May 5, 1998) 17 MPs did not arranged their employment relationship with him, and yet 27 deputies were at the two positions.

Parliament significantly upgraded in terms of political representation. If this Parliament was represented by 5 Political parties, the in the new 20.

Left party in the newly elected parliament was controlled More than a third of seats. Chairman Parliament was elected Moroz.

Frost Alexander (1944р.н.) graduated from the Ukrainian Agricultural Academy and Higher Party School of the Central Committee of the Communist Party. In 1976-1983 and 1989-1990 he worked in Kiev Communist Party regional committee in 1983-1969 - Secretary of the Kiev oblprofrady. Since March 1990 - deputies of Ukraine, Secretary of the Commission on agriculture, in 1994-1998 - bare Verkhovna Rada of Ukraine. Since 1998 - Member of Parliament Ukraine. Leader of the Socialist Party.

The elections revealed deep differences in political preferences between regions: if the left won a majority in eastern and southern areas in the West have had some success nationalists (UNA-UNSO and the NUC).

Implications election reflected voters' deep dissatisfaction policies of the ruling elite that has failed to lead the country and deep crisis. Some people, desperate severe social and economic position, voted to return to the past and the rest were supposed hope for a strong nationalist government.

Work Parliament began on a background of mounting crisis of the country, government.

In whole parliament strengthened its control functions. To this end began be days of government in which his Representatives invited to the Parliament and discussed with them issues related to work of the national economy, social protection, defensive state, the state budget.

But by opposition political parties were not completely resolved a number of issues such as land reform were not taken Civil, Criminal. Land Code et al.

26 June, 1994, was elected President and heads of local councils.

Part they took 70.4% of voters. In the first round vote none of the seven presidential candidates (V. Babich, Л.Kravchuk, Kuchma, V. Lanovoy, Moroz, I. Ivy, P.Talanchuk) not received more than half of voters that participated in voting.

On basis of the election law July 10, 1994 was conducted repeatsorne vote on two candidates who received most votes Л.Kravchuk and Kuchma. Defeated Л.Kuchma He scored over 52% votes. 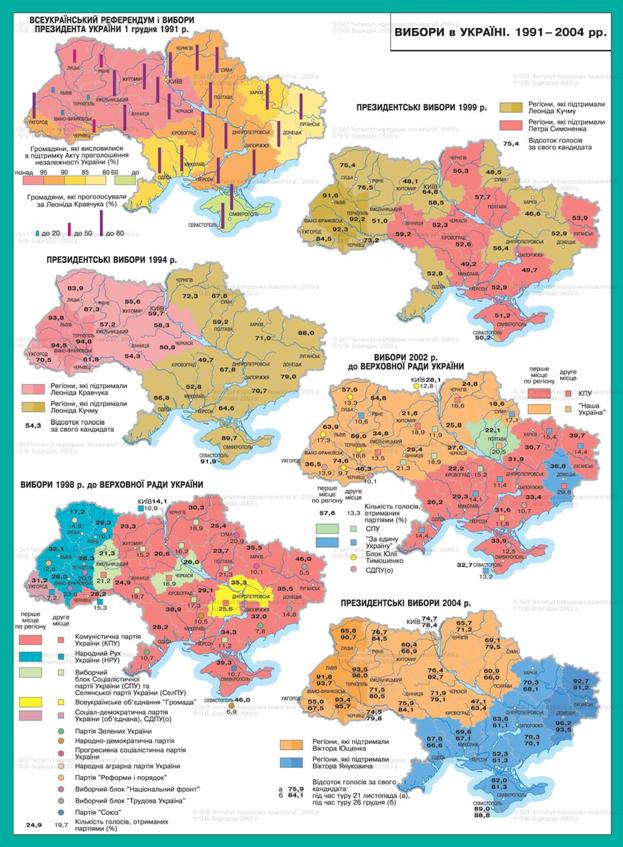 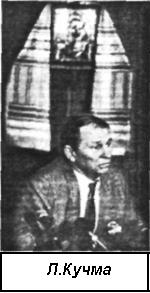 But  confrontation between the executive and legislative branches power after the election not only stopped but also exacerbated in basis confrontation lay different, sometimes even completely opposite view development paths state.

11 October 1994 elect President in a speech at the session of Parliament set out his plan of action.

That prevent a national disaster, the President submitted take decisive measures to his view, had to combine the urgent implementation of anti-crisis actions new economic and political strategy.