Russia during Vladimir the Great and Yaroslav the Wise (compendium)

Occupy Kyiv throne, son of Vladimir Sviatoslav made several campaigns against the tribes of the East that have not yet been conquered Kyiv. Duke denied the power of tribal princes and instead put them in big cities of their sons. By Vladimir Rus became the largest state of contemporary Europe. But the introduction of Christianity as state religion promoted the establishment of close relations with many countries.

Son Vladimir Yaroslav, who called the Wise, dokladav great efforts to preserve the unity and power of the Rus. Yaroslav was not leaving the building, begun father, and finally overcame Pechenegs. By Yaroslav growing new towns, blooming old and strong rozbudovuvavsya a capital Kyiv.

1. East Earth which tribal unions - Ukrainian ancestors - were connected to the Kievan Rus by Vladimir and Yaroslav? 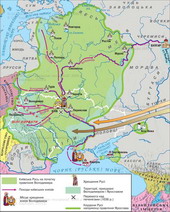 Russia during Vladimir the Great and Yaroslav the Wise 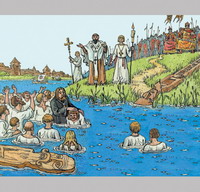 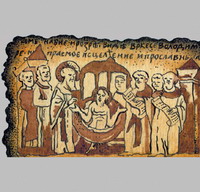 Baptism of Vladimir (with miniature chronicle) 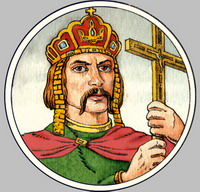 Prince Vladimir I of Chernigov