Russia during the disintegration (compendium)

After the death of Yaroslav the Wise in Kiev Russia between his sons and grandchildren broke the struggle for power and land. Brake princely strife, to respond Polovtsy - new nomads who appeared in the Black Sea steppes, managed grandson of Yaroslav the Wise - Vladimir Monomakh. His reign was the time to strengthen the great power and strengthening the unity of the country. Unity state maintained and son Mstislav Monomakh. But after his death began adding disintegration - the so-called period when Russia split into separate principalities, which would not obey Kyiv, and sought to live an independent life.

the middle of 12 century. Kyiv has not been the sole capital. Local princes who felt every year more and more autonomous, wanted to have a capital city so its not inferior to Kyiv.

1. What Ruthenian principalities existed in the territory of contemporary Ukraine (determined by the capitals of principalities)? 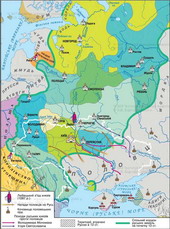 Russia during the disintegration 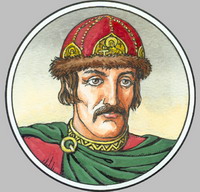 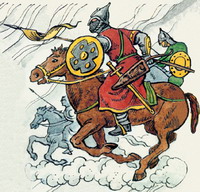 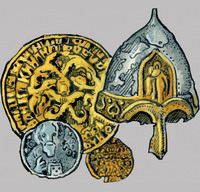 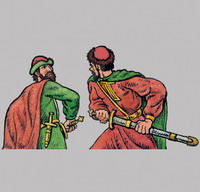 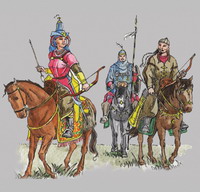