Top 19. Ukrainian lands were of two empires - the Russian and Austrian. In the life of both countries have many differences. However, their rulers have treated our people fairly similar: Ukrainian did not consider it a separate nation that has its own history and great culture, limited the use of Ukrainian. Ukrainian family and village, in the cities suffered from unemployment, shortage of arable land, poverty. This prompted many Ukrainian leave their homeland and emigrate to a foreign country in search of better lives. If, at the western lands, which were under the Austrian Empire, Ukrainian moved across the ocean - to Canada, USA, Brazil, the relocation of the Dnieper Ukraine took place within the Russian Empire.

1. Where Ukrainian moved within the Russian Empire?

2. How far had to overcome Ukrainian to get into the Green Wedge? 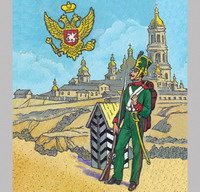 Kyiv, the main center of Russian rule in Ukraine 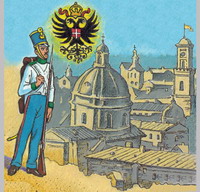 Lviv, the main branch of Austrian rule in Ukraine 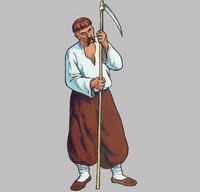 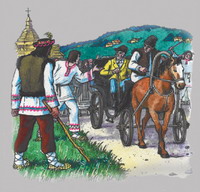