collapse of the Russian and Austro-Hungarian Empire, which occurred as a result of World War helped the Rebirth of Ukraine. 1917 Ukrainian political parties and civic organizations formed Ukrainian Central Rada. Lead it Hrushevsky. In November 1917 was proclaimed the Ukrainian National Republic (UNR). In April 1918 the government passed to the Hetman Pavlo padskoho soon-as official name, was a Ukrainian state. The abdication of Hetman Ukraine authorities had to simultaneously fight the war with the Russian Bolsheviks, Whites and Poland. In these difficult times power belonged to the UNR Directory. In Western Ukraine in November 1918 was proclaimed the Republic of the West, and January 22, 1919 both were united Ukrainian state. But the war was lost, and neighboring States seized the territory of Ukraine.

1. What are the territories covered UPR?

2. What was the capital of Ukrainian People's Republic, and which - ZUNR? 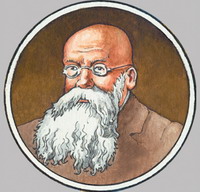 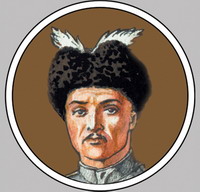 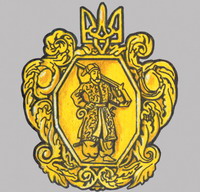 Emblem of Ukraine during Paul Skoropadsky 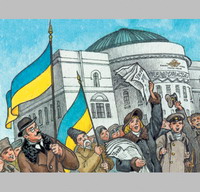 Proclamation of independence of the Ukrainian People's Republic 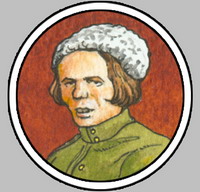 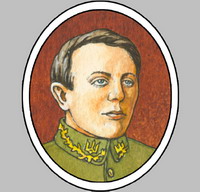 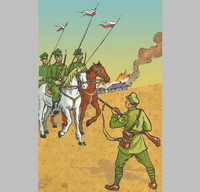 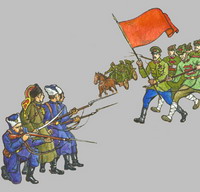 Ukrainian soldiers in the battle with the red army 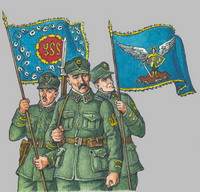 Ukrainian Sich Riflemen, the core of Ukrainian troops in the 1918-1920 biennium 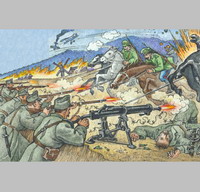