Ukraine in the interwar period (compendium)

In 1920 over much of the Ukrainian lands was established Soviet regime and began adding the Ukrainian Soviet Socialist Republic. In late 1922 the USSR was included in the Union of Soviet Socialist Republics (USSR). In this state the leading role played Russia. On the territory of the USSR introduced the Soviet order. Unfolded unusual building, restructuring of agriculture, but not the needs of Ukraine and according to the interests of the vast Soviet state. Thus, in villages created collective farms - collective farms. The villagers did not agree to the following transformation of PE. To finally crush the resistance of peasants, the Bolshevik leadership in Ukraine, organized starvation that killed millions.

1. What are the Ukrainian lands in 1939 were not included into the USSR and the countries in which they were?

2. Which cities were the capitals of the USSR? 3. What are the Ukrainian lands were most hunger?

Ukraine in the interwar period 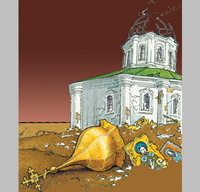 The destruction of churches in the Soviet Ukraine 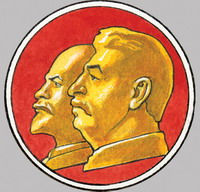 The communist leaders of the Soviet Union, Lenin and Stalin 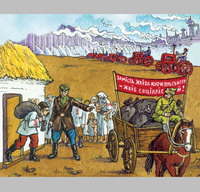 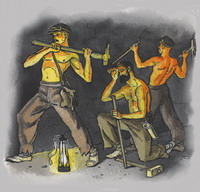 Coal production in the Donbas 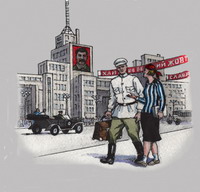 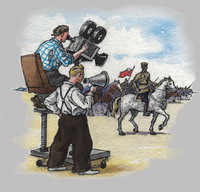 Filming of the first Ukrainian film